Home grown, shed built customs are the bread and butter which feed the custom and modified Triumph Twin scene. Pro built machines are often the reserve of those who are not exactly short of a bob or two, with finished builds often costing a fortune – then, when you buy a ‘pro-built machine’ you are not just buying a custom motorcycle and the sum of its parts, you are also buying the creativity and expertise of it’s builder, expertise and creativity many of us lack.

The pro-built machines, like those many of us went to see at KICKBACK, and his year’s Triumph Bike Shed show in London’s Tobbacco dock’s, are the bikes which will inspire many to dig out the tools and start building their very own custom Triumph Twin – something which is a lot easier than it was a decade ago, made so by an excellent range of off-the-shelf parts and accessories produced by companies such as Motone, LSL, British Customs, Gallimoto and TEC.

One such shed-builder is 56 year old Harald Zeitiger, a Vienna, Austria based journalist, who inspired by the pro-built motorcycles seen on Bonnefication, built his very own Brat Style Triumph Twin, as Harald continues…. 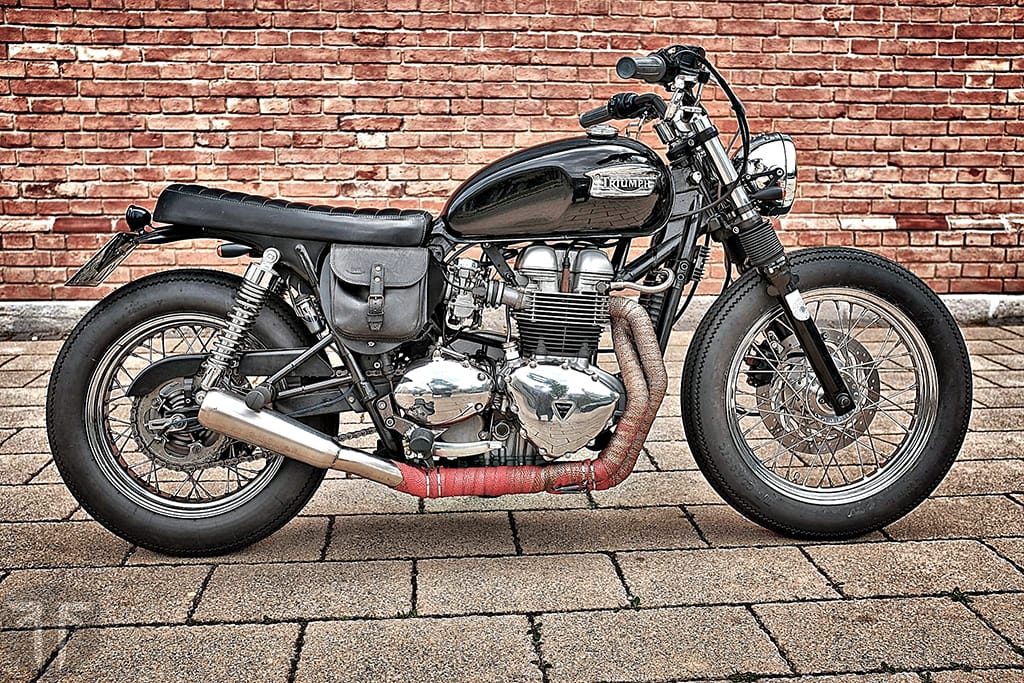 ‘My first motorbike was a laverda 750 sfc, bought cheap from a friend when i was 17 – I rode it illegally for two years, then got a driving license, sold it and got a car”.

Four years ago I bought my second bike, a BMW R80 and built a Scrambler out of it. a R 60/6 followed, which I turned into a cafe racer. In march I bought my T100, built 2004. I wanted a carb-model, as the efi has too much electronic for my taste. as i like my bikes so, that they look like bikes when I was a child”. 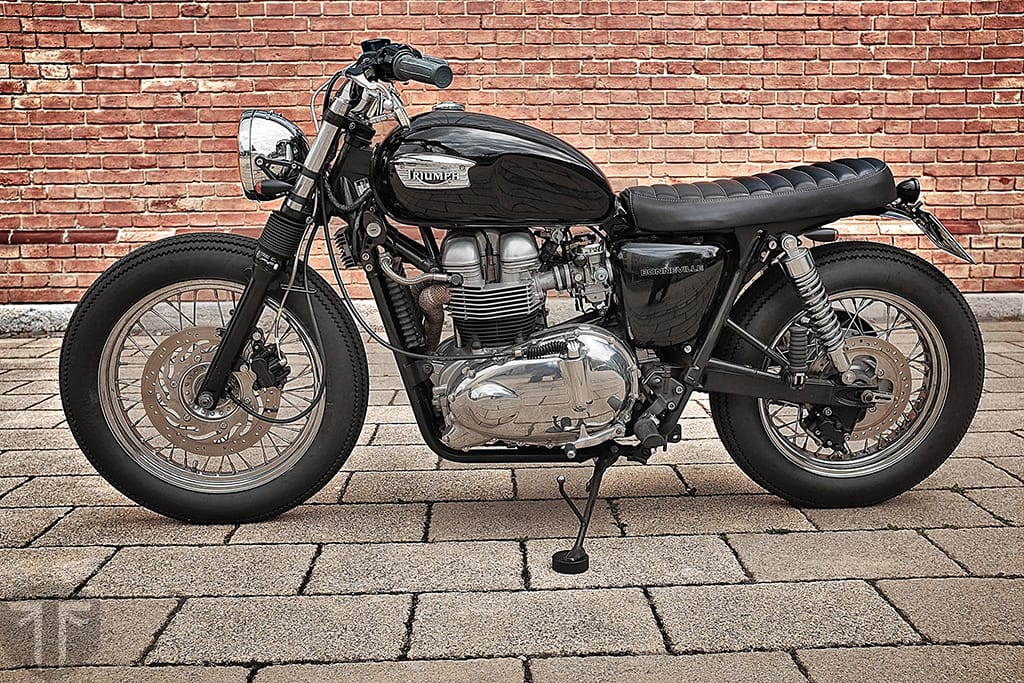 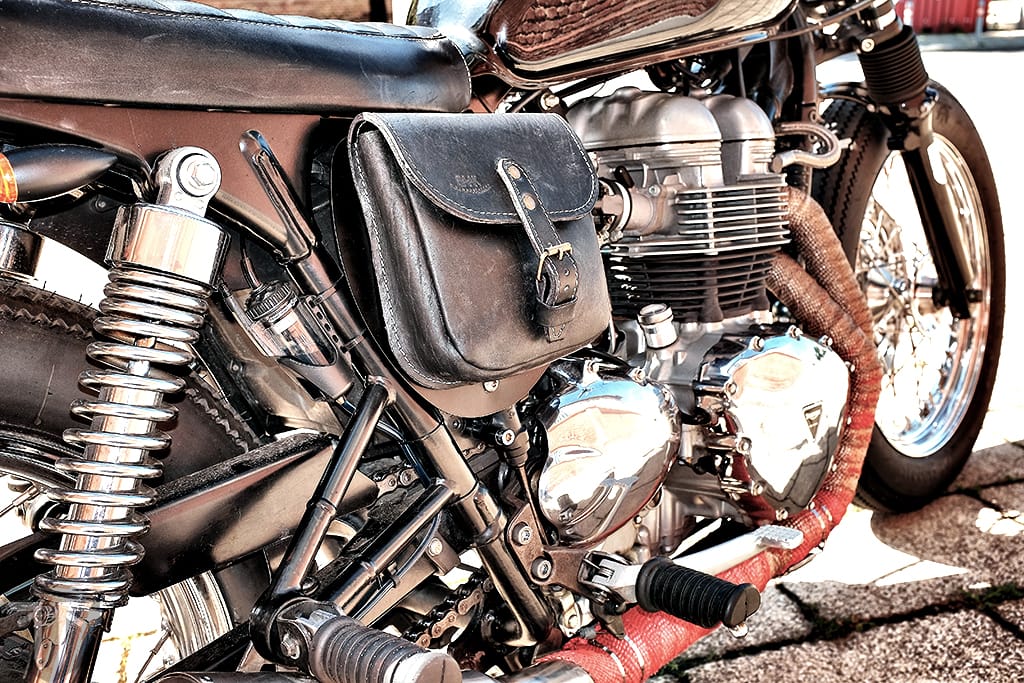 “I wanted a Brat-Style this time – together with two friends, who also customise motorcycles as hobby, we managed to rebuild the bike over five weekends in an empty garage in my tenement. During the week I ordered parts, when they arrived we mounted them on the weekend. The seat came from Baak in france and looks in my honest opinion better than the originals, as it is 18 cm shorter”. 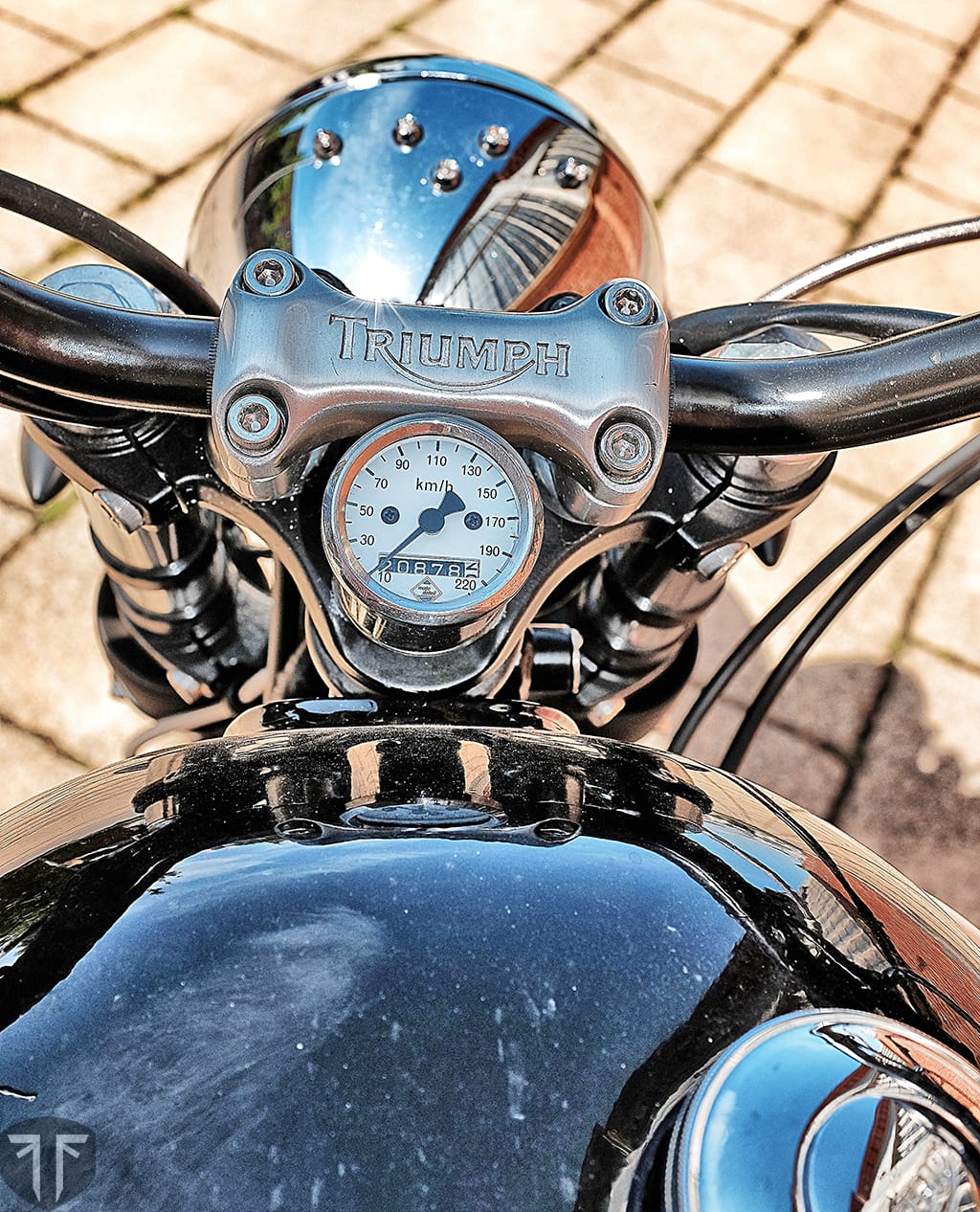 “The front was lowered by 5 cm, handlebars are LSL roadster’s, wider and lower than the original, the exhaust is from TEC in Britain, made from stainless steel for 221 euro – I did’nt want to pay 1000 euro just for an exhaust from other well known companies.

For tires I wanted Firestone Champion Deluxe, but they are not available in 17 inch for the rear, so I sourced via Alibaba a chinese manufacturer, who offers copies at 9 euro a piece, so bought front and rear from them. they are surprisingly good – but I am not a racer but a cruiser on the motorcycle, so maybe I cant feel the difference.”

“I like to drive in and around Vienna, in summer, I will make a trip to berlin. The T100 is reliable and drives lightyears better than the two BMW’s I had before, and I have to admit, people turn heads and smile when I pass by, hope you like it too…”

Do you have a similar shed build story?, then why not get in touch, Bonnefication would love to see it, and perhaps feature your build.