The last couple of builds Bonnefication featured from Sébastien Guillemot and Mathieu Ménard from FCR Original were based on the previous generation of air-cooled Hinckley Twins. 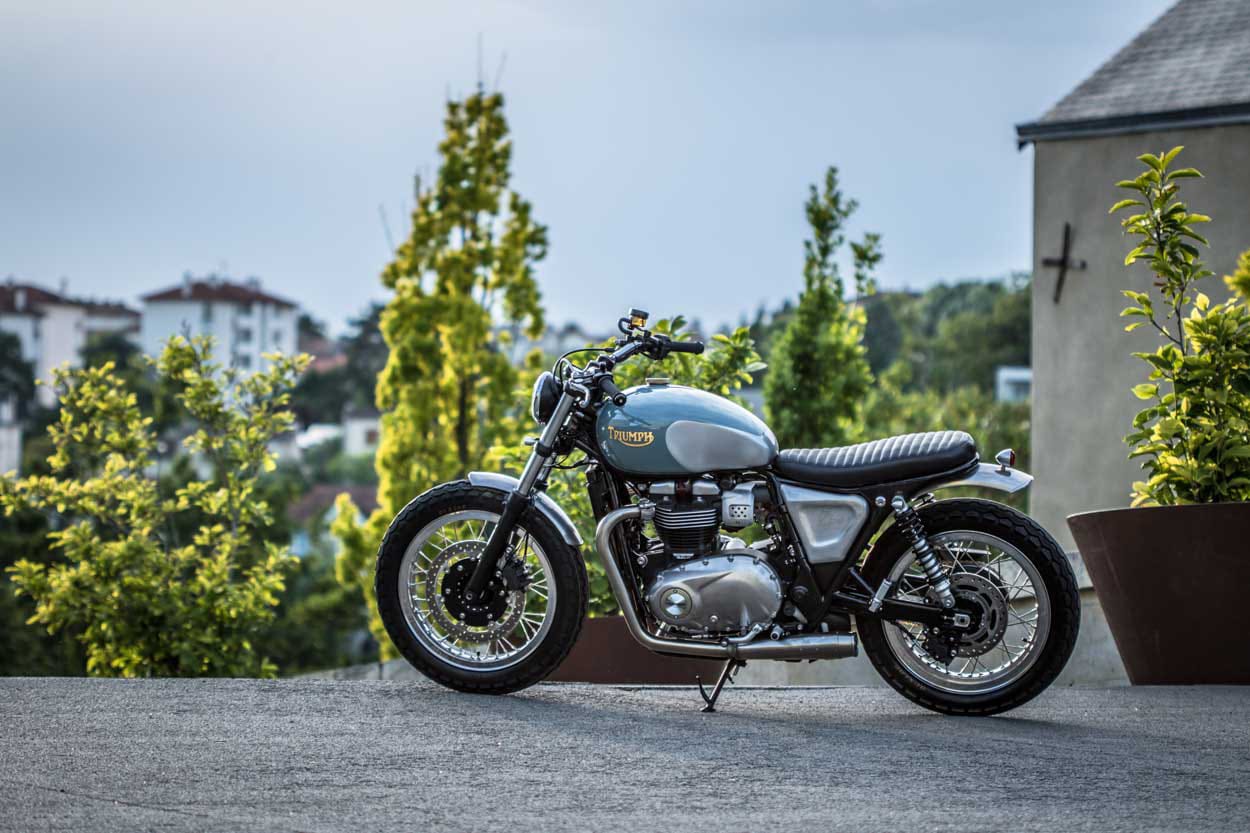 A motorcycle modded and customised in looks and performance since its inception in 2001. For Sébastien and Mathieu it was time to turn their attention to the new liquid-cooled machines, choosing an otherwise ordinary 2017 900cc Street Twin to receive FCR’s unique French style. 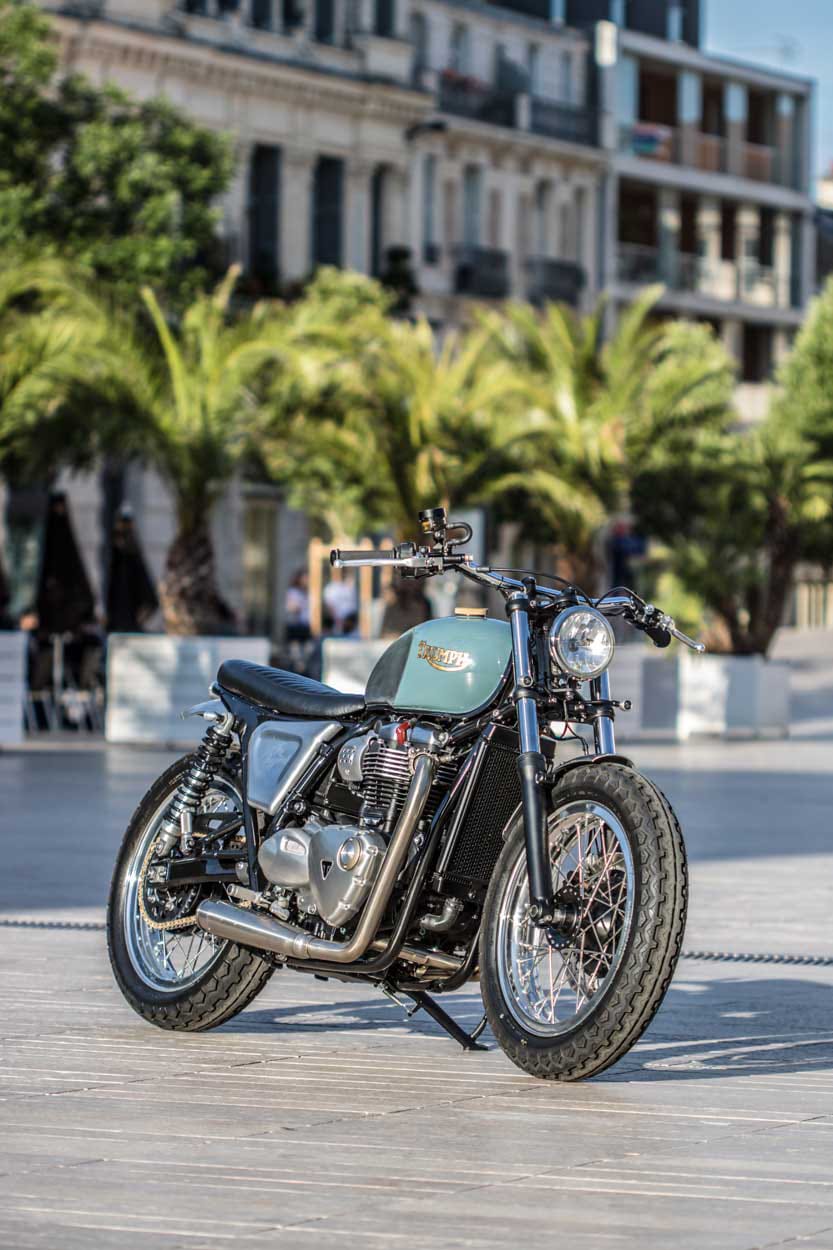 Its no surprise that we start with the frame, which even on these new LC machines is a little too long. Cut, looped and blended-in in the usual manner, this little Street Twin demonstrates the new LC machines maybe no shorter, they certainly are as adaptable. 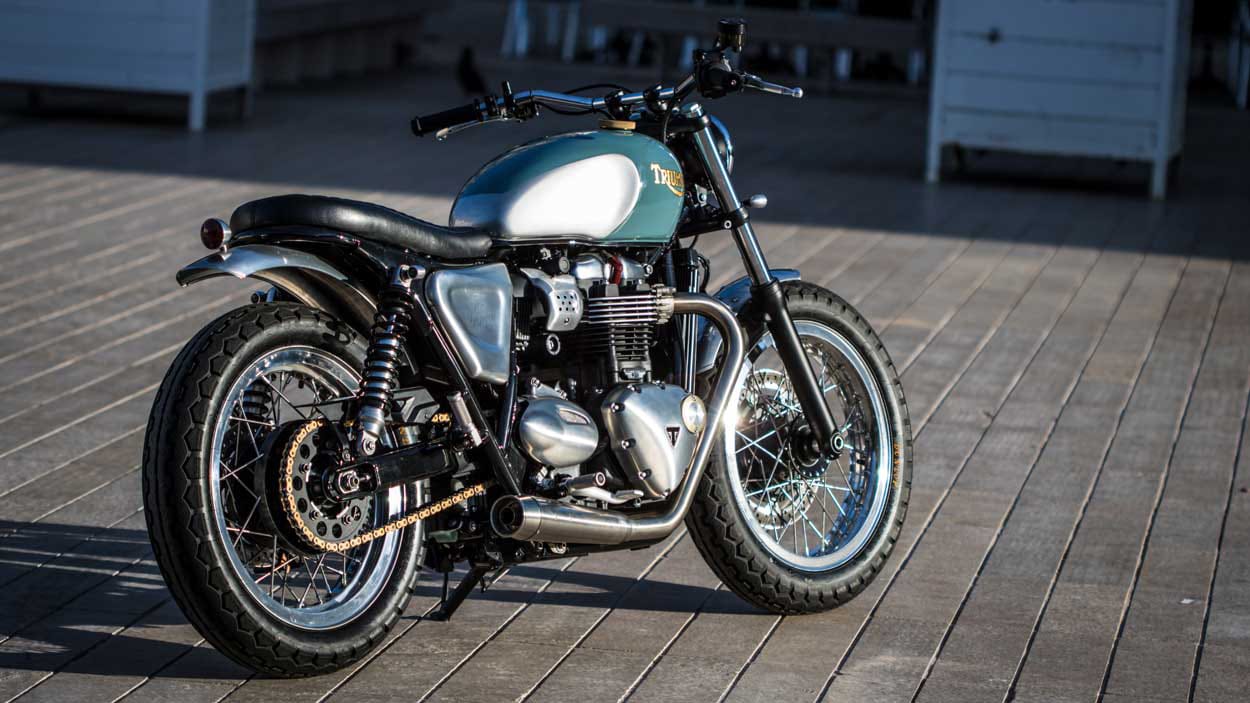 FCR have shown you don’t always need to loop to get the bobbed look. For example on the ‘Enduro’, a build based on an older air-cooled Triumph Twin, they opted to chop and fit a reenforcement bracket concealed under the seat. 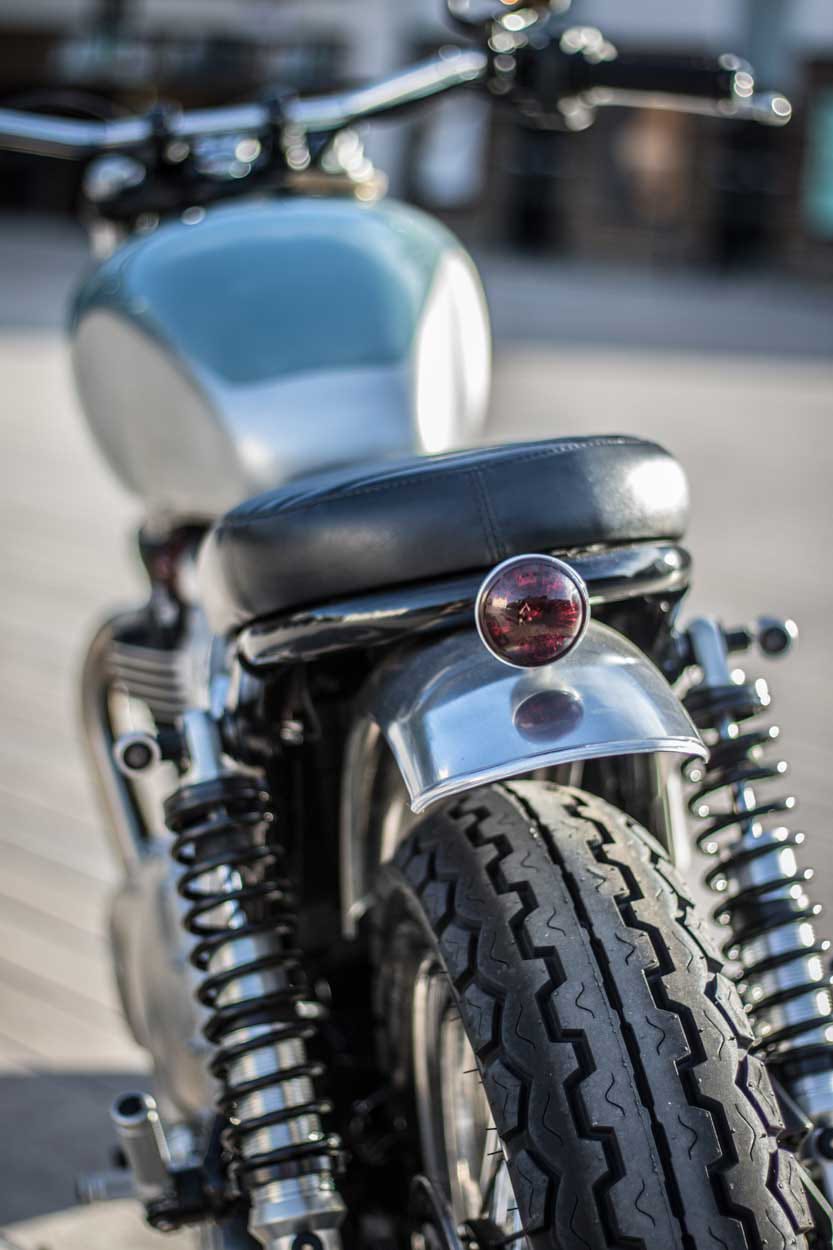 The bobbed frame now sits on a set of matching 18inch model H Ceriani wheels, shod in Dunlop’s classic TT100 tyres. A tyre first introduced in 1969, and according to Dunlop, could be ’ridden smoothly at more than 100mph”… (no thanks). 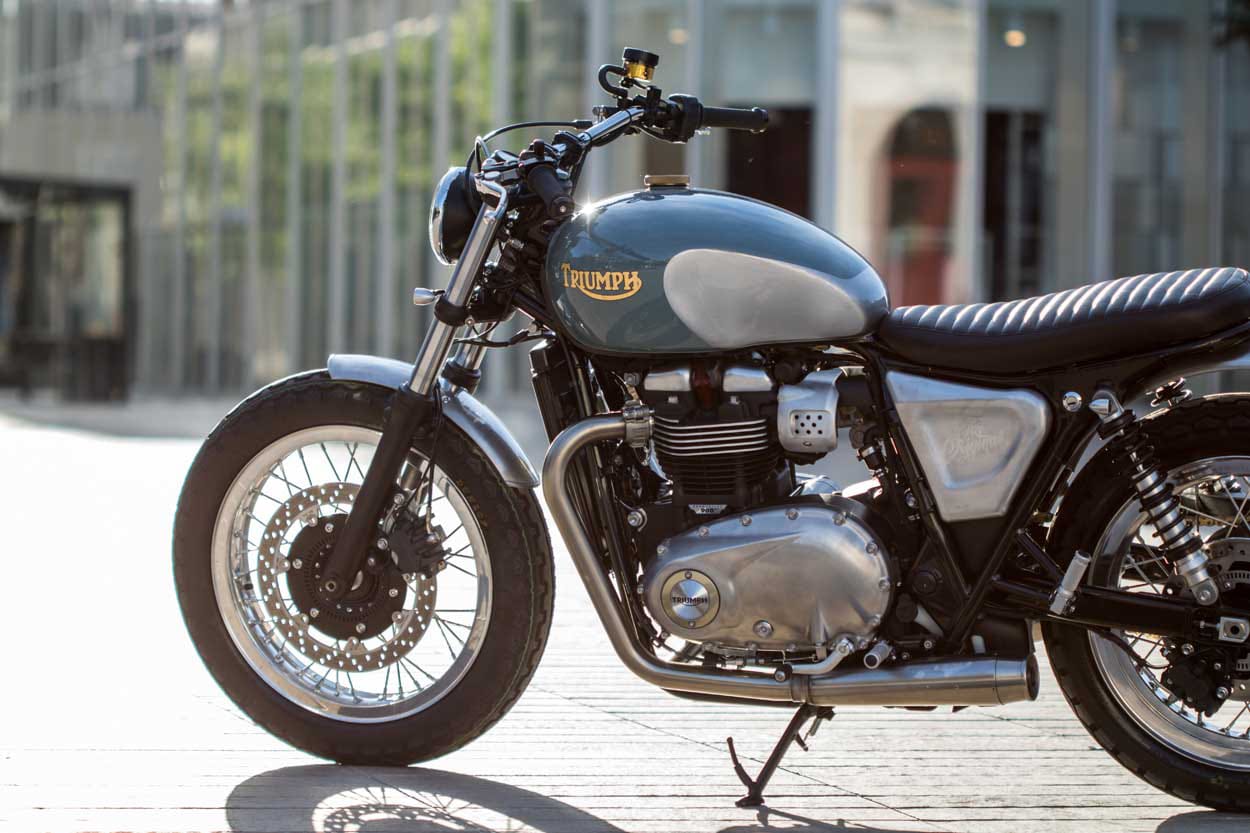 Protecting the rider from what the 18” wheels may kick-up, are matching front and rear mudguards finished in brushed aluminium. With the rear being fitted with an ever popular Bates style LED tail light. The raw aluminium continues onto hand-made scolloped brushed alloy side-covers, now protecting the all important electrickery beneath. 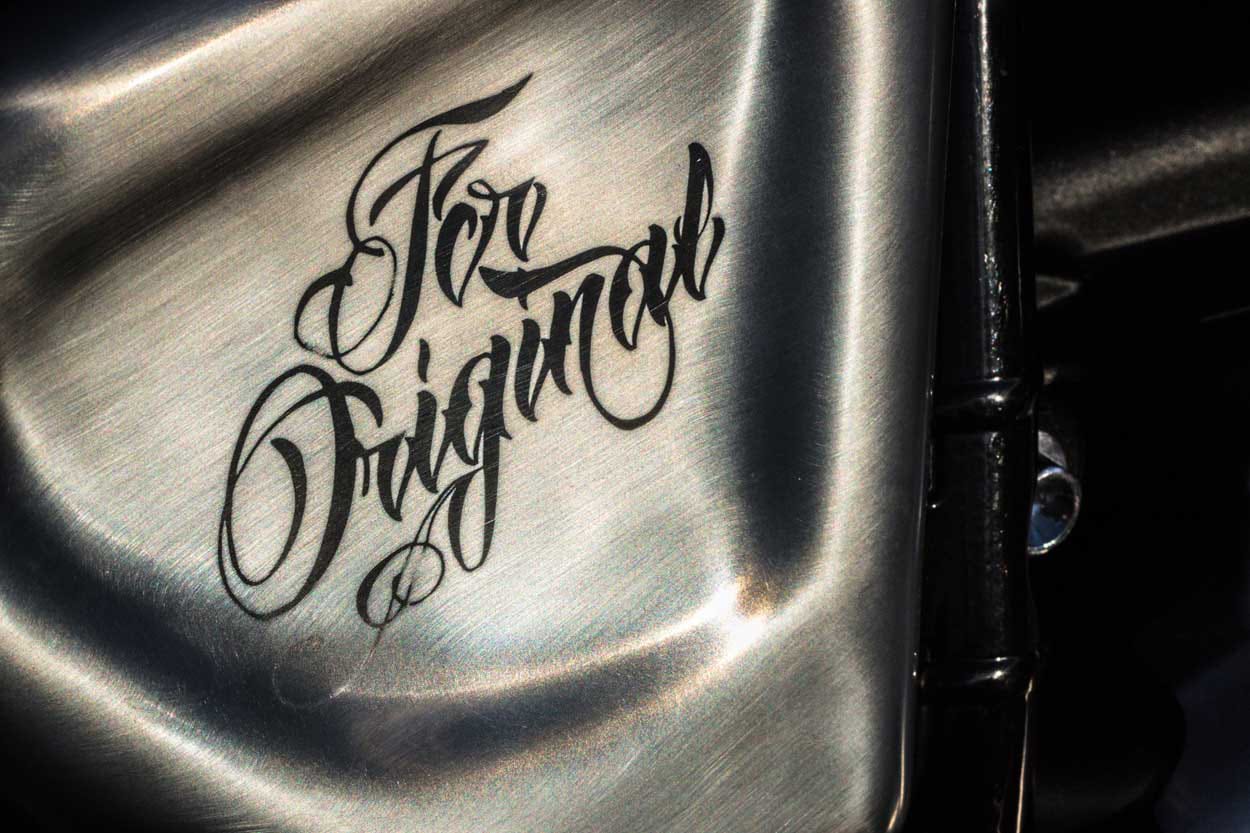 Up top, the stock tank has received a fetching blue paint scheme over brushed metal. If brushed raw metal is a little industrial for you, check out the classic Triumph logo brought to life in gold leaf, even the tank cap is finished in gold, now actually, thats classy. Behind the custom tank sits a plush black leather custom seat crafted to fit the newly bobbed Street Twin frame. 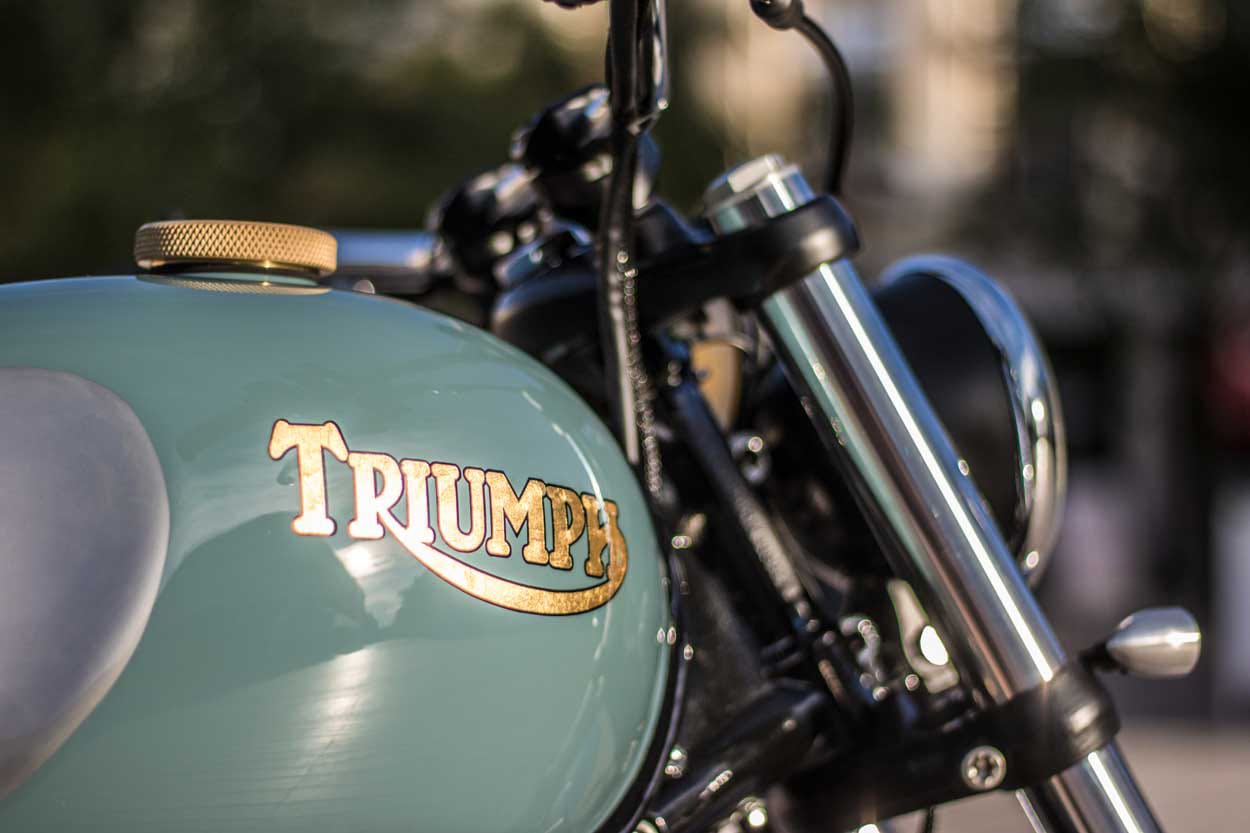 Its true to say, that since 2001 the Bonneville range may of been blighted by a few design faux pas; there is of course the stock brake light, and the clocks could of been a little smaller, and definitely lower. Some fifteen years later the same could be said about the clocks on the new range of liquid cooled machines, the tail light is a big improvement, but now the stock headlight brackets on the Street Twin are not as attractive as they could be. 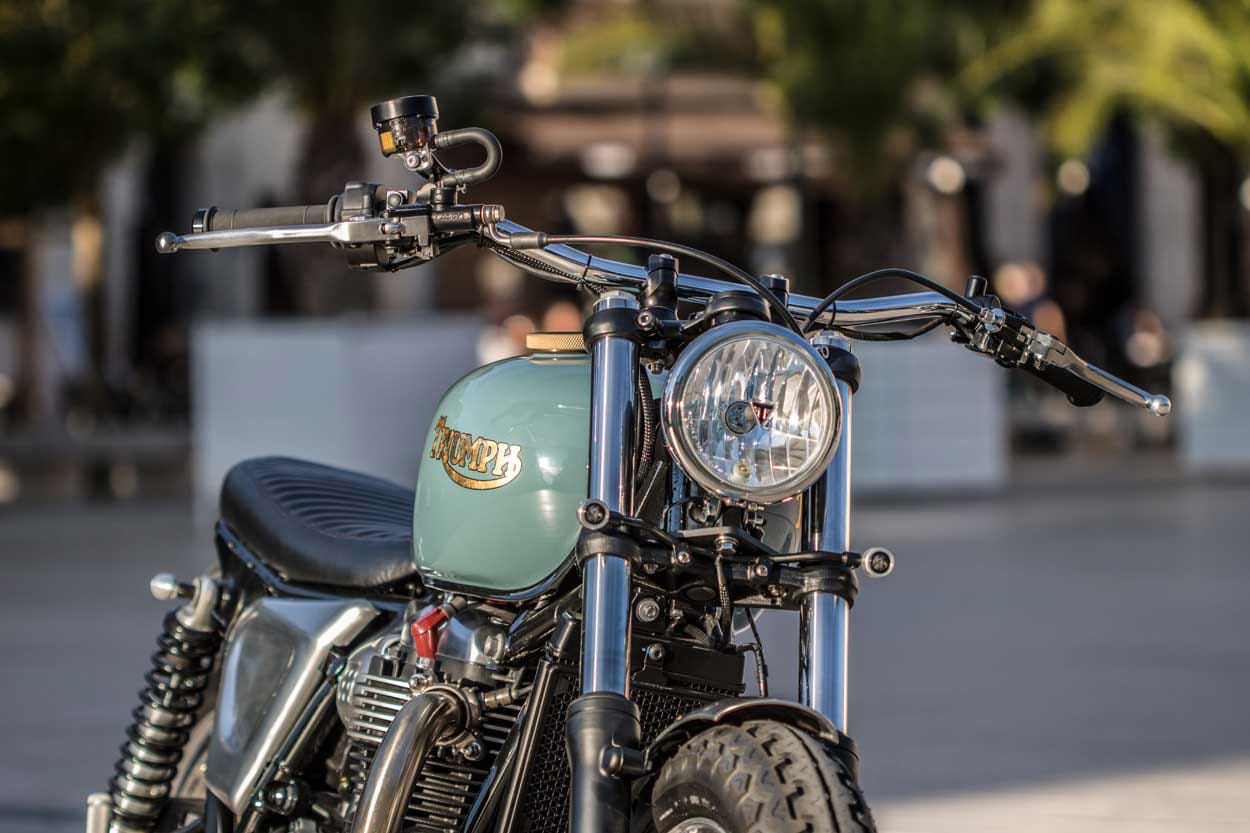 On this build, Motogadget, like with many top quality custom Triumph Twin builds, supplied the answer with their Motogadget Tiny, a speedo which like the late model air-cooled EFI Triumphs Twins needs a CanBus adapter to work. 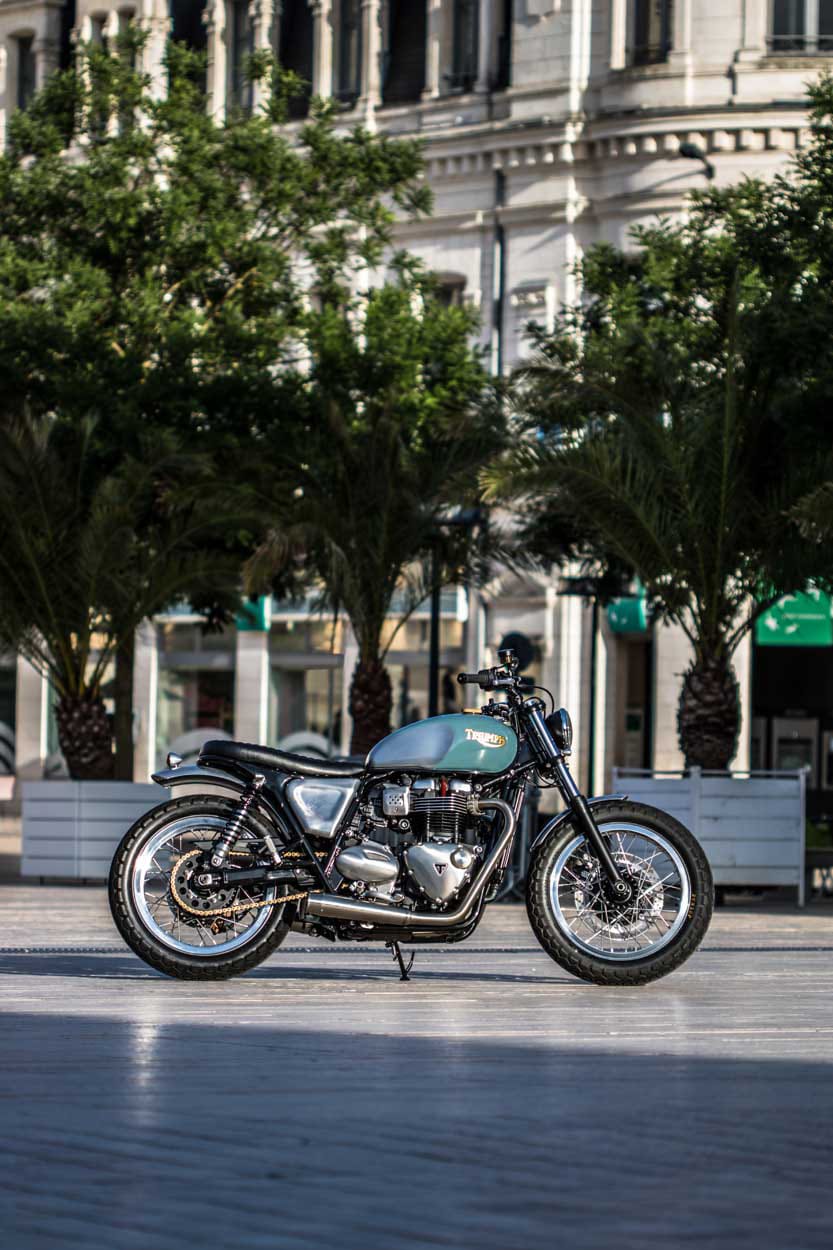 A much smaller speedo paired with a bottom mounted Bates style headlight nestled in between the yokes, and wide sweeping bars has transformed what is essentially a pretty uninspiring, domestic commuters cockpit, into one fit to cruise coast roads the world over…. though try not to push the limits of those 100mph Dunlop tyres. 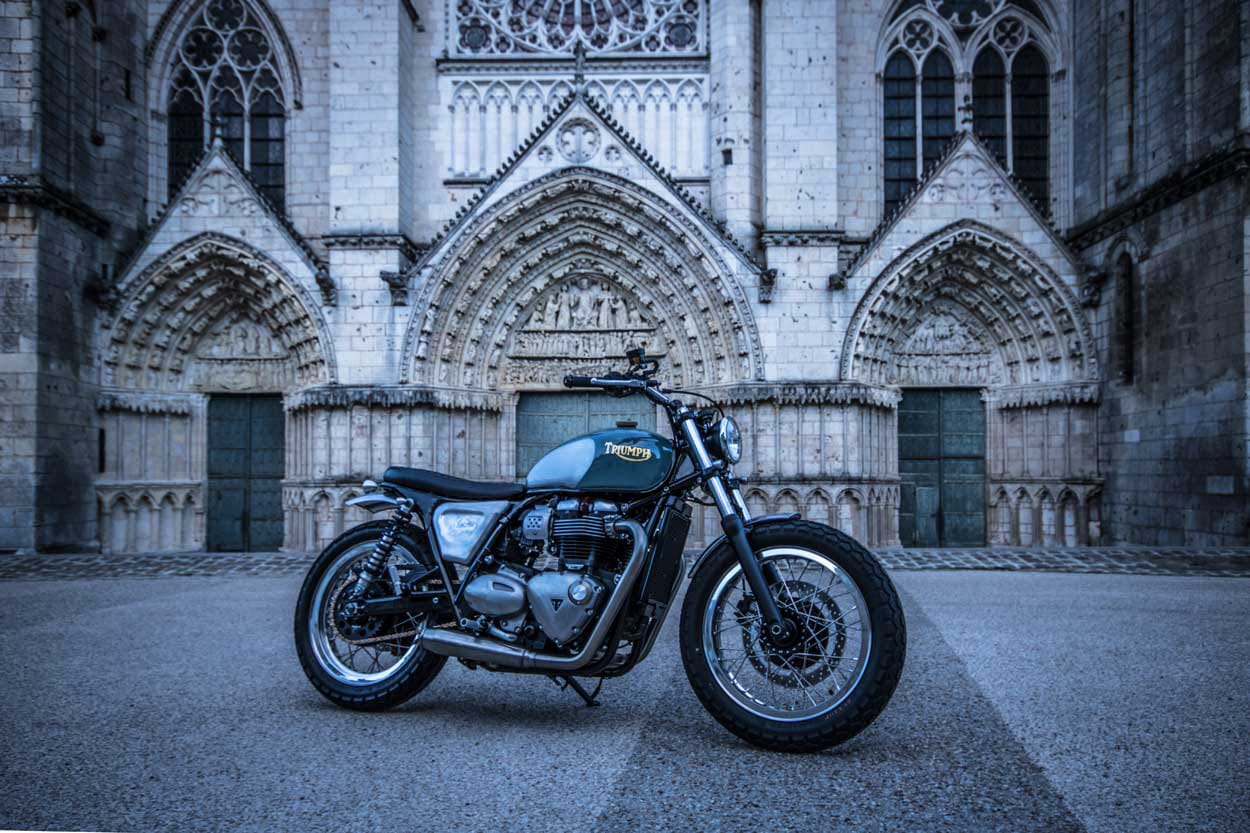 This build by FCR, like all those featured here on Bonnefication needs a great sounding exhaust system to make a custom Triumph Twin sound as good as it looks. The chaps at Zard have been doing this for the full range of Triumph motorcycles for some time, producing some of the best exhausts systems on the market. On this build Sébastien and Mathieu chose to fit a set of Zards great sounding, 2>2 N.2’s, in brushed stainless steel of course. 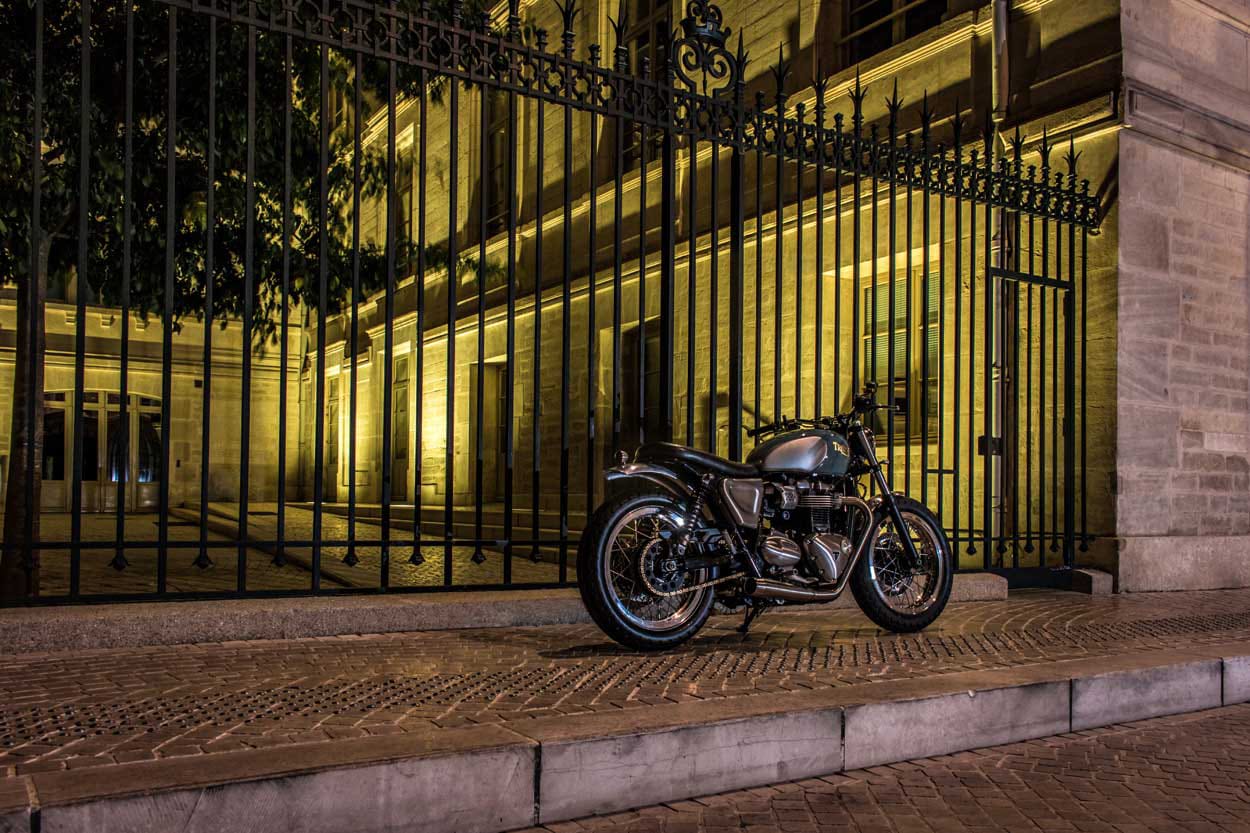 Like what you see, then why not check out the rest of FCR originals works on the links below