Shortly after the new water-cooled Triumph Twin range was announced last year; I posted an image on Facebook of a ThruxtonR sporting fat tyres both front and rear. This photo-shopped image was met with amusement from some members of the Twins development team. Which is ironic when you take a look at the Twin Triumph UK commissioned Down & Out Café Racers to build them for the Bike Sheds Paris Show. 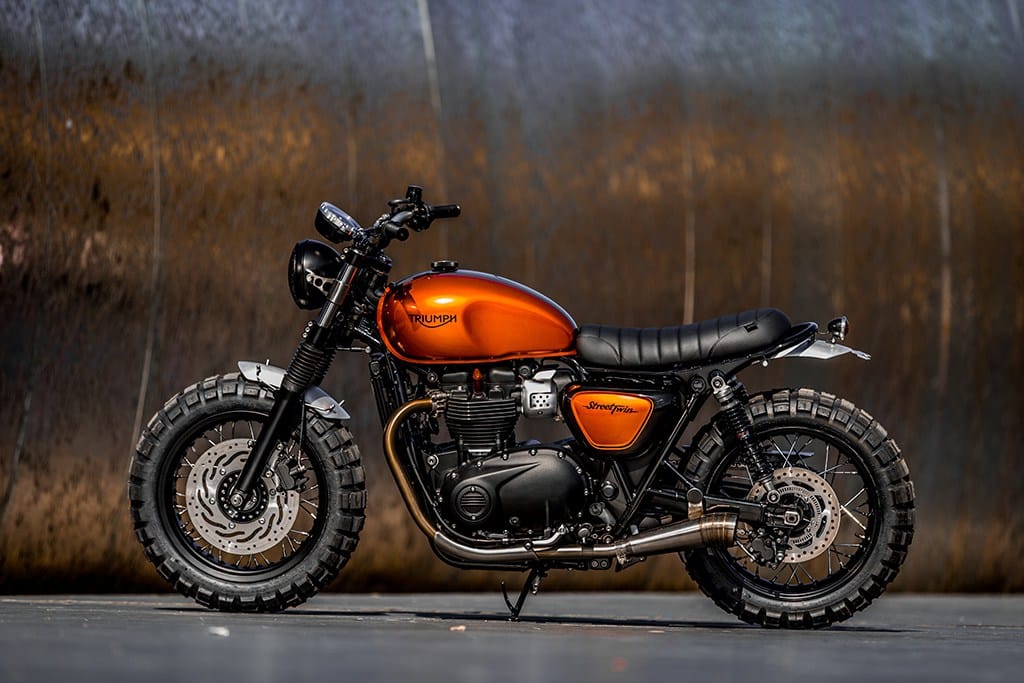 The build is based on the new Street Twin and sports a new set of 17” wheels, fitted with a pair of Continental TKC 80‘s (17×150 ) both front and rear, and made possible by using D&O ’s wider yokes. 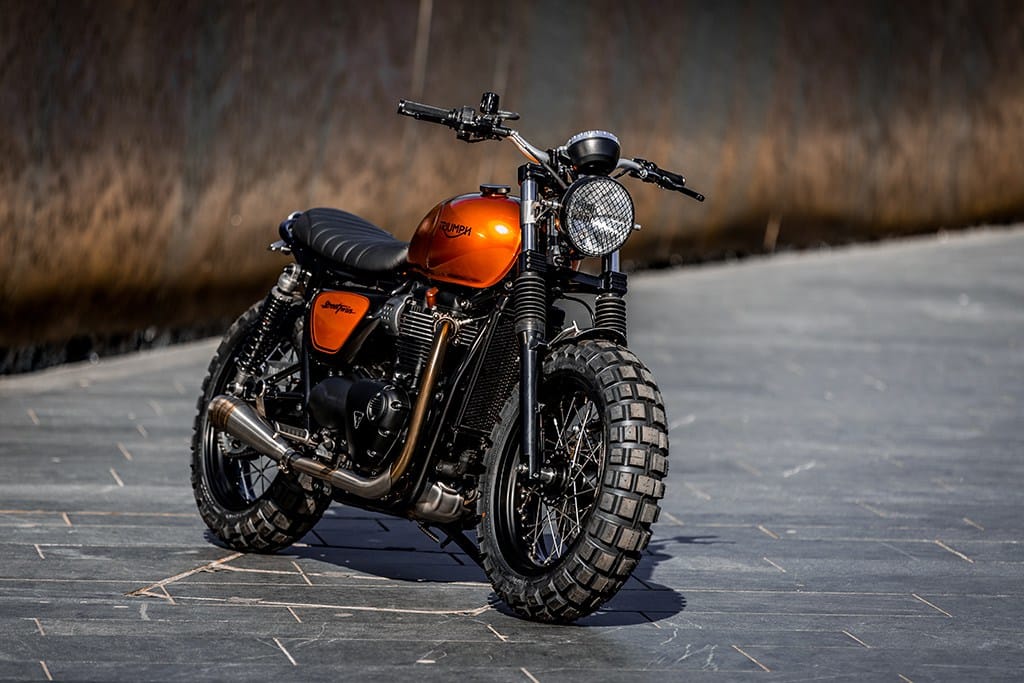 The team at Down and Out are no strangers to Fat Tyres having used them on a number of builds, with the look becoming a bit of a trade mark for the D&O team. Though on previous builds Shaun at D&O fitted 180 to a T100, the 150 on this Street Twin is perhaps an ‘official build’ compromise. 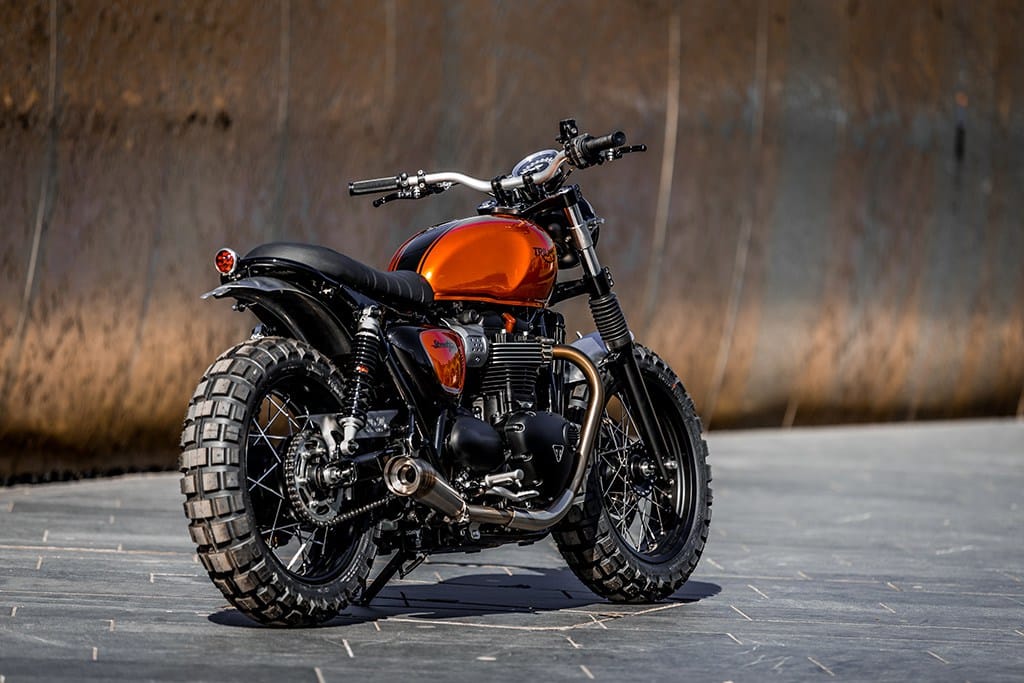 The ‘Street’ has had the usual frame chop and loop, demonstrating that the Twin is still to bloody long, and finished off with D&O’s signature mudguards and custom seat – and like the previous generation of Twins the now too familiar story of binning the rear shocks continues, with the Street Twin’s OEM item being swopped out for YSS units.

Up front the Twin sports LSL bars and risers, with the bars being fitted with new grips and micro switches. The bloated, fat and somewhat ugly speedo being retained and remounted using a custom D&O mount. The headlight has also been relieved of its…. bracket thing,… which has been swopped out for a smaller and more attractive item, not difficult. 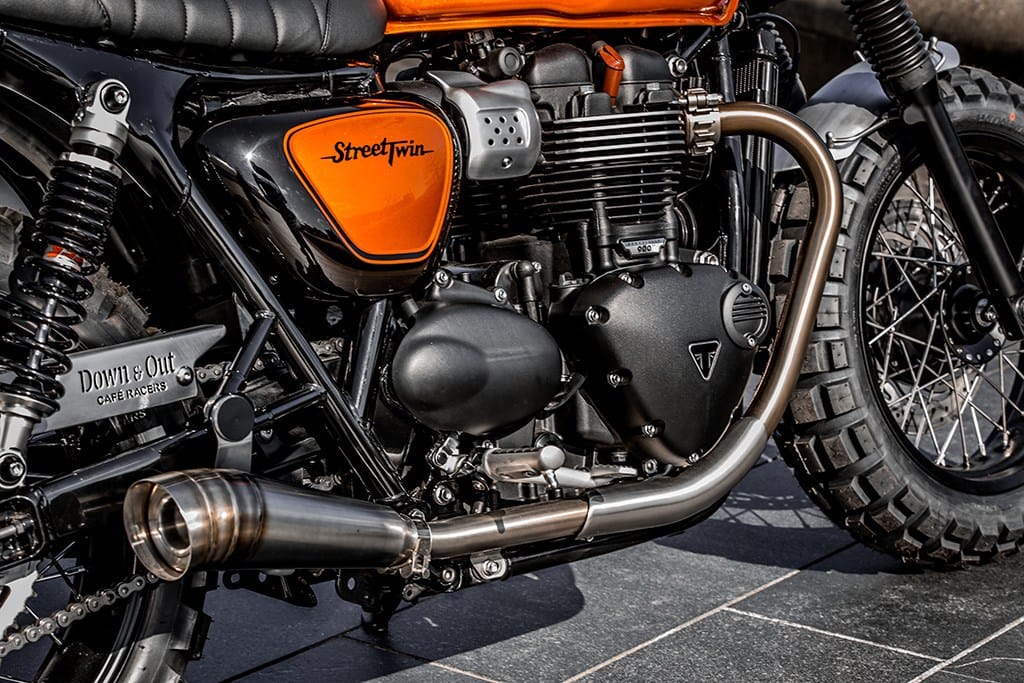 The stock exhausts end cans has been binned and replaced, and not with something from Triumph’s aftermarket accessories range, but from GP exhausts. 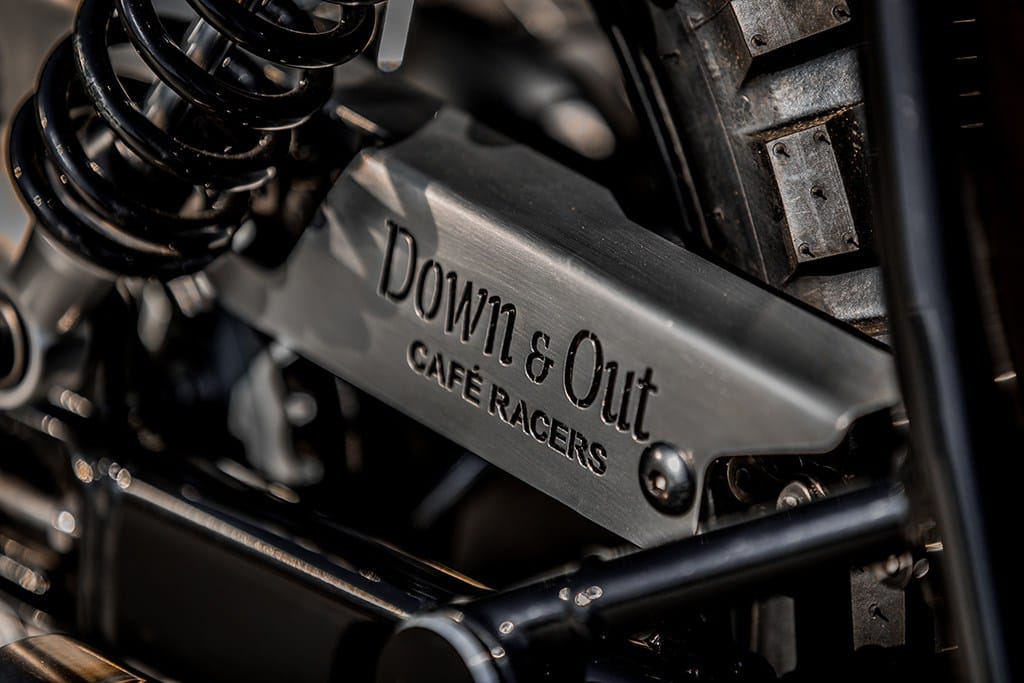 Finishing the bike off is a new alloy chain guard engraved with the D&O logo, just incase anyone was unsure who built the bike, with the tank and side cover being painted in super sexy Starburst full Candy Orange by the chaps at Pro Custom. 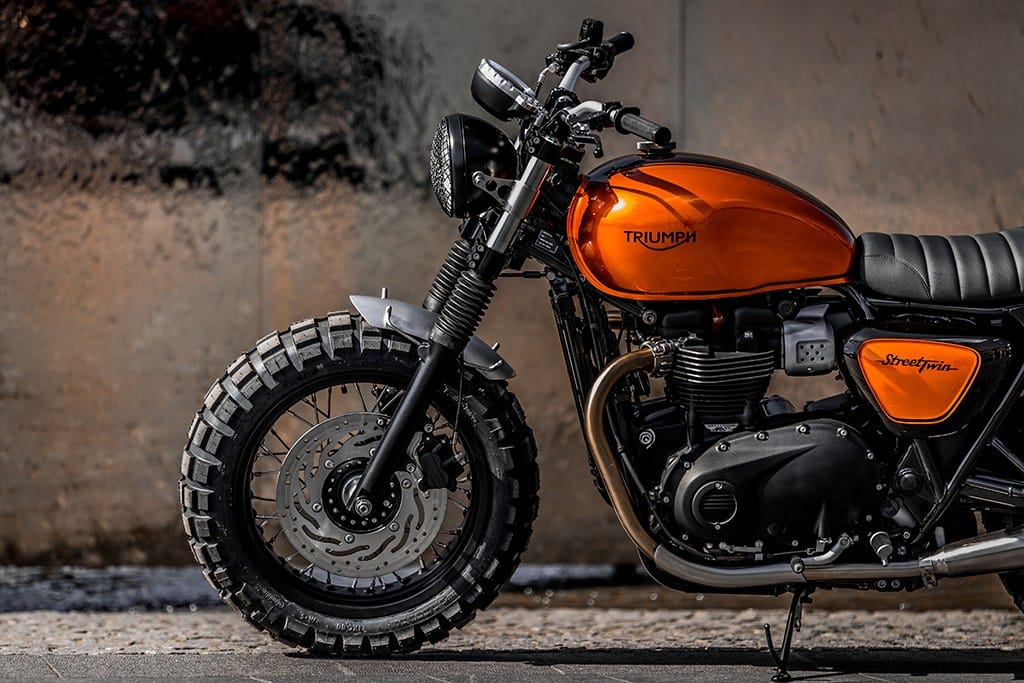 This beautifully built Street Twin looks fantastic, and is a credit to the D&O Team – but the fat tyre look both front and rear isn’t as ground breaking as it was last year – it would of been nice to of seen something a little different done with the new Twin, something as yet unexplored.


What the build does show is that you can modify the new generation of Twins in much the same way as the previous – though personally I would rather save £3k plus and buy a low mileage carb model machine and spend the difference modifying… but then, what do I know