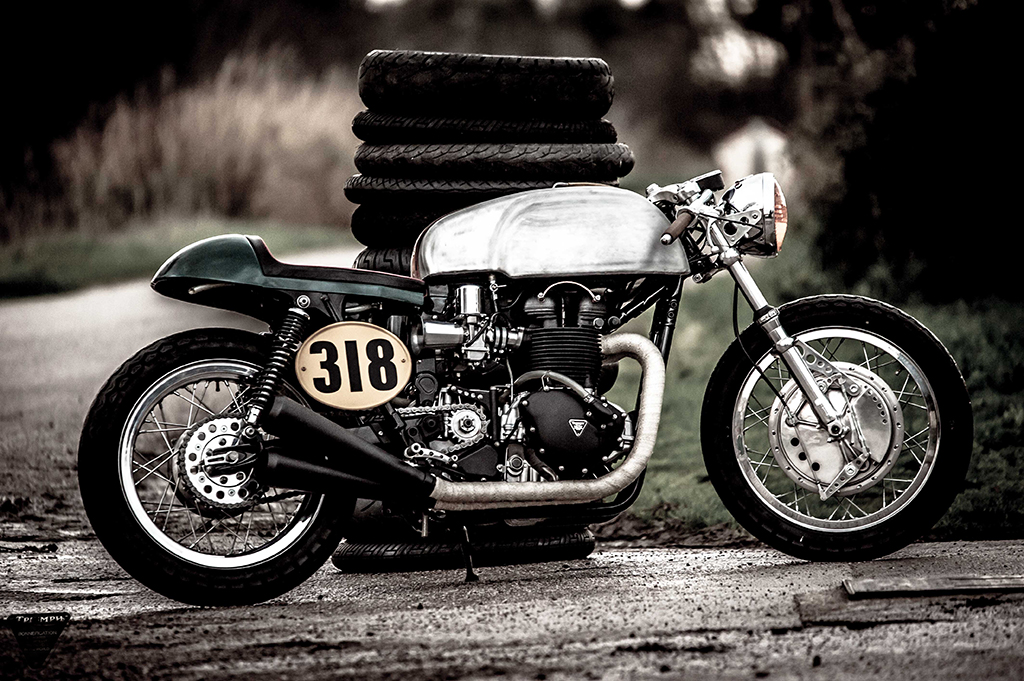 This beautiful and incredibly detailed homage to the motorcycles which competed in the Isle of Man TT, has been created by the Italian Dino Romano of Motodalcuore. 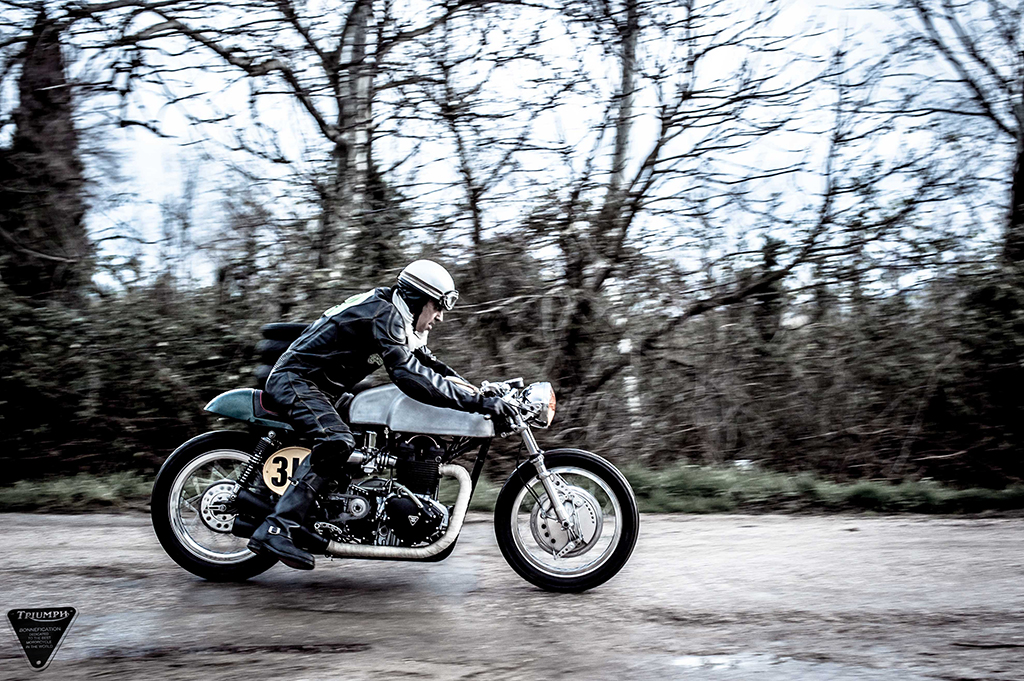 “the result of an abduction aboard a spaceship from outer space that landed him the Isle of Man, in the middle of the motorcycle race on the most famous street in the world, TT, short for Tourist Trophy” 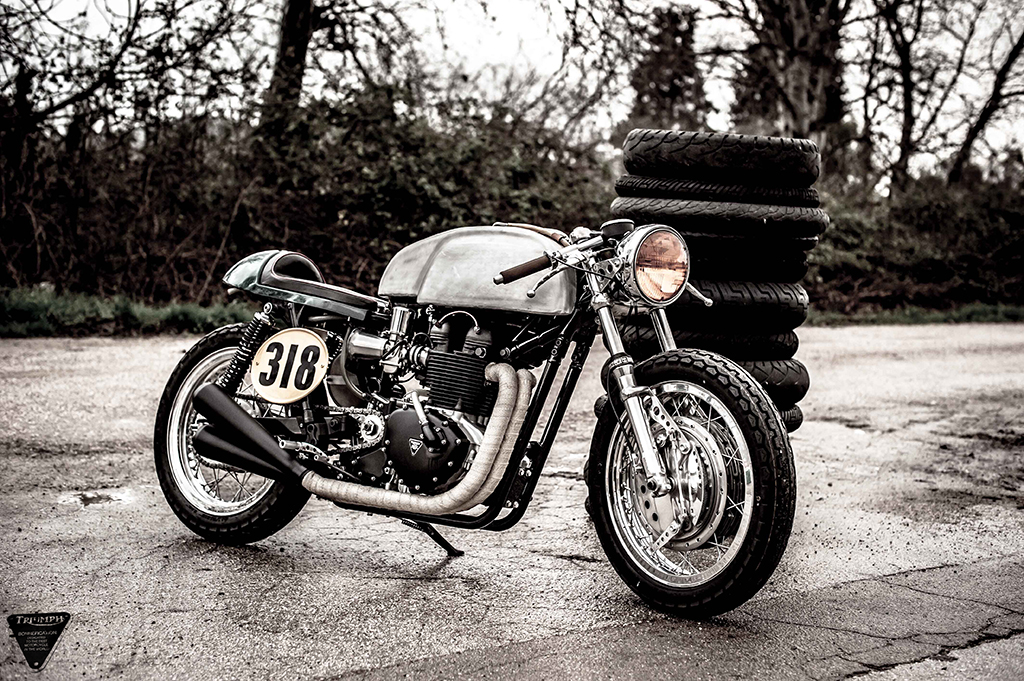 Starting life as a 2007 Triumph Thruxton, ‘Caffeine‘ has unusually avoided the modern Triumph accessories parts bin, instead raiding the Classic counterpart. A choice which has made this build just a little bit special. 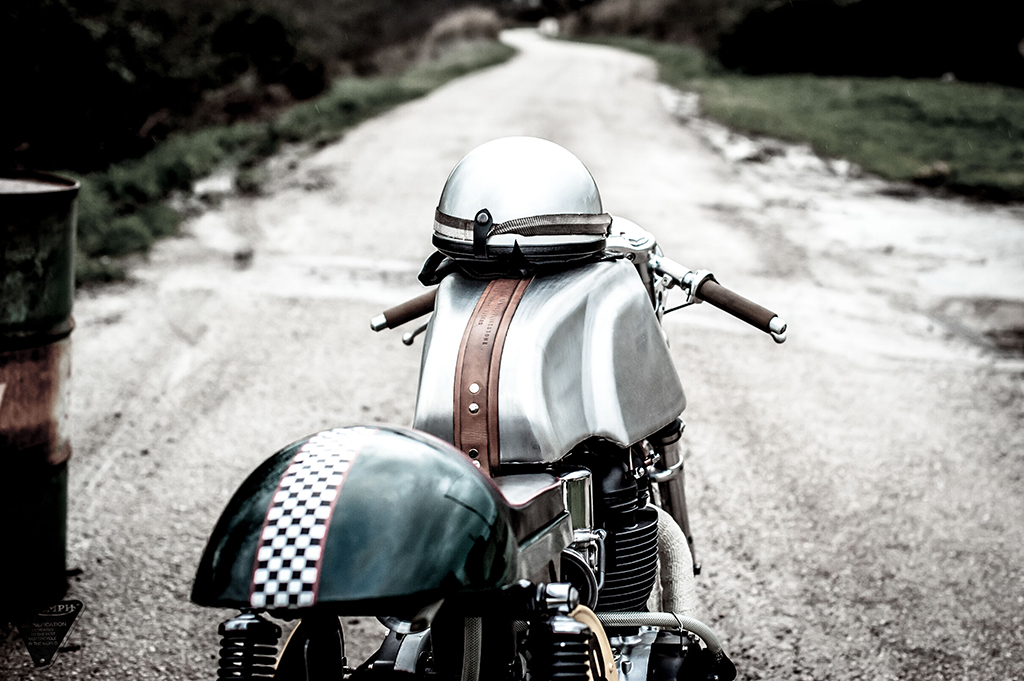 The final result to the untrained eye, or perhaps even a trained one, could pass as the ‘real deal,’ there is little to give this Triumph ‘Classic’ away as being only seven years old, apart from the modern 865cc engine perhaps. 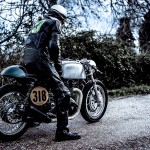 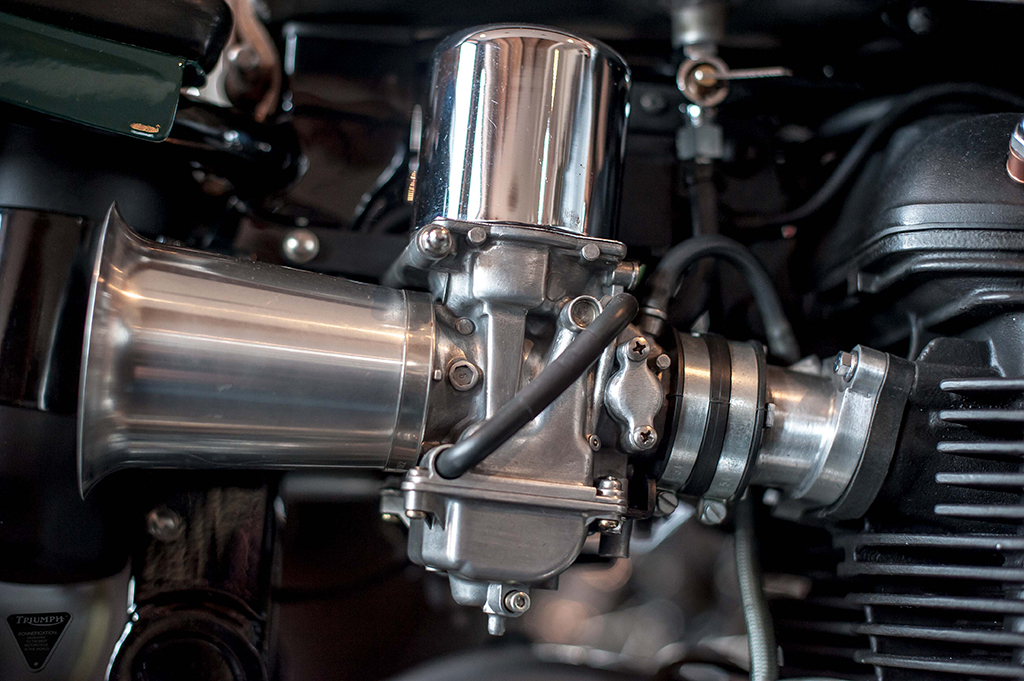 “With Caffeine I wanted to represent the myth of the men and women who have raced on these roads , from large samples such as Giacomo Agostini, Mike Hailwood and the biggest and the most successful among them, Joey Dunlop, the common people , who, thanks to their deeds , they created the legend …. “ 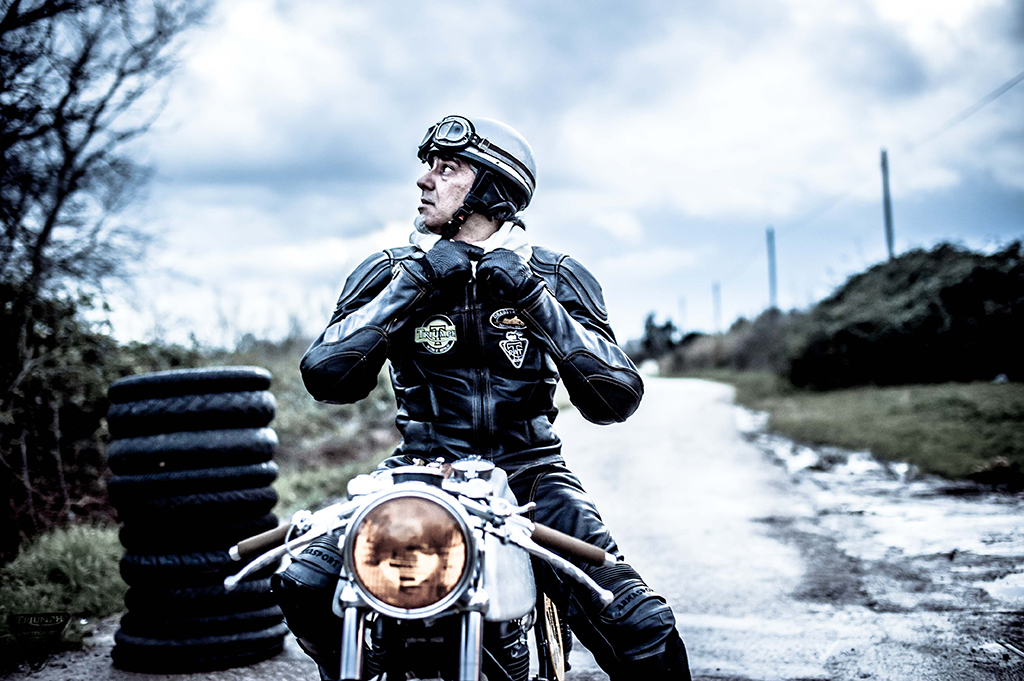 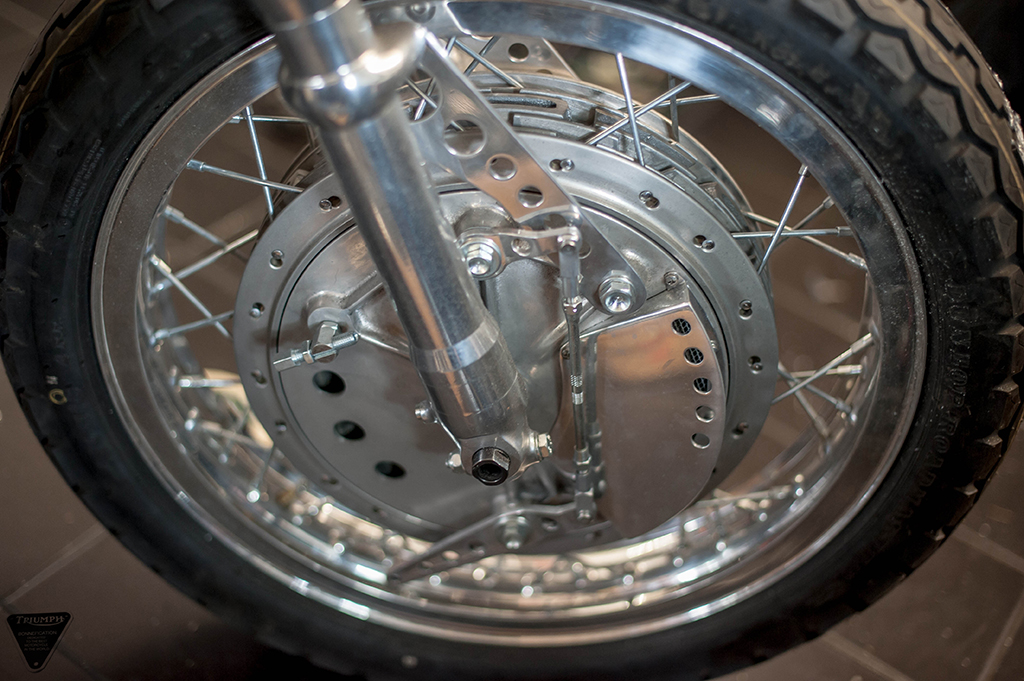 A range of classic parts and accessories have been cleverly grafted to the modern Triumph, including Smiths Dials, Matador Clutch & Brake Levers, D.R Aluminium Manx fuel Tank, which was been made to fit, with modification to both Tank and Frame. Fontana Brakes and 35mm Ceriani Forks & Yokes. Taking a look at the photo of the front of the ‘Caffeine’ you would never believe this is a 2007 machine. 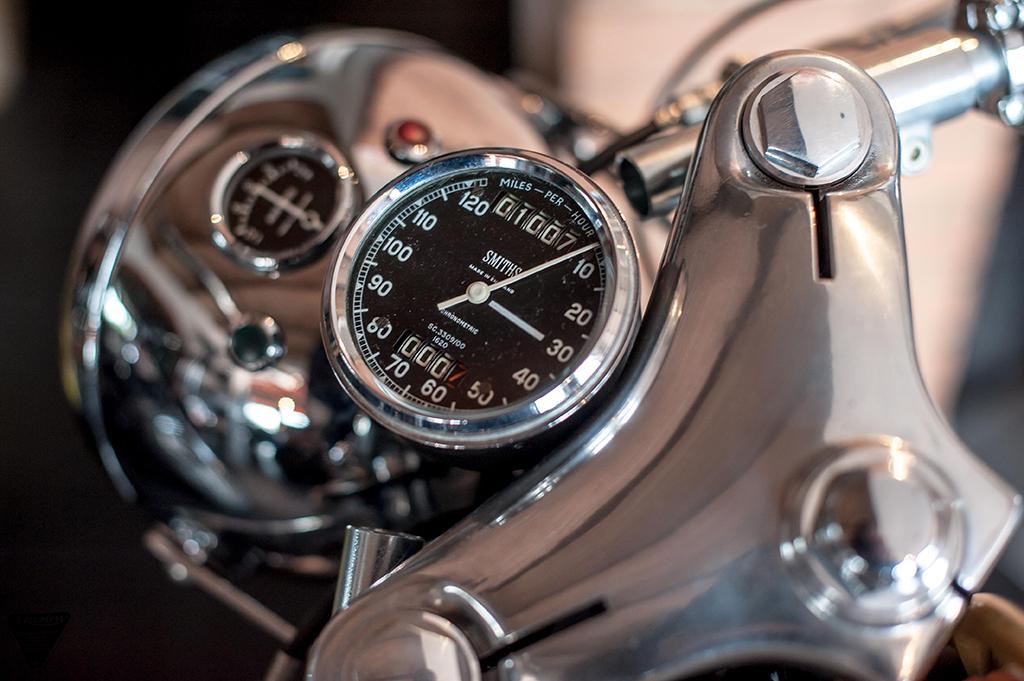 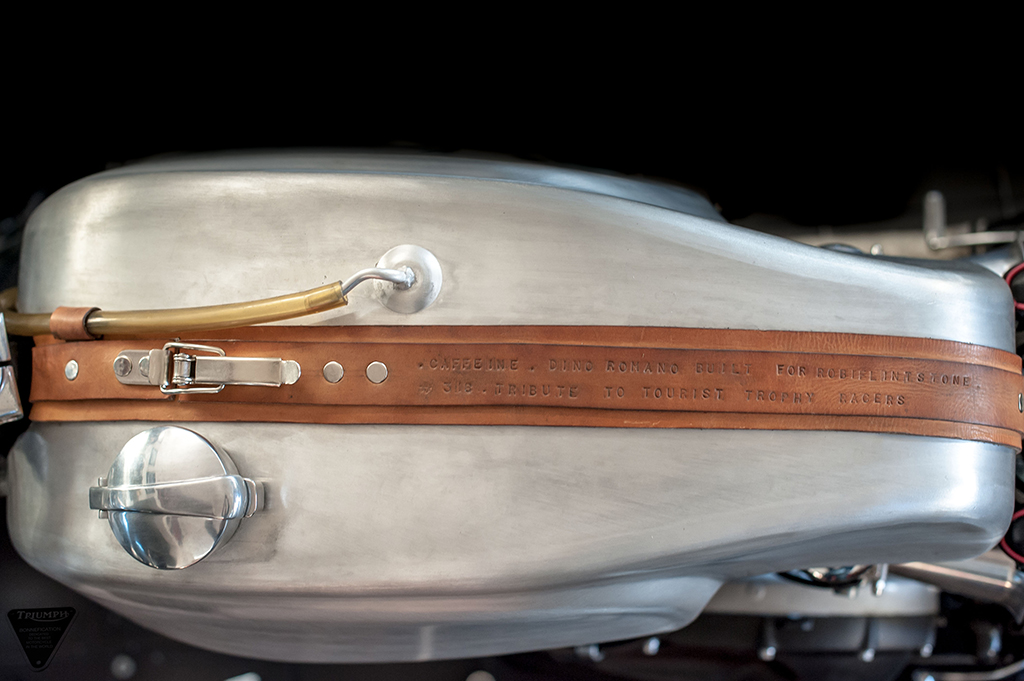 Dino has also made and modified parts to fit the Hinckley Twin which include, dry clutch and cover, seat and cowl, handlebars, headlight bowl with Smiths amperes gauge, headlight clamps, the 2-2 Exhaust, Battery Box and Electrics. 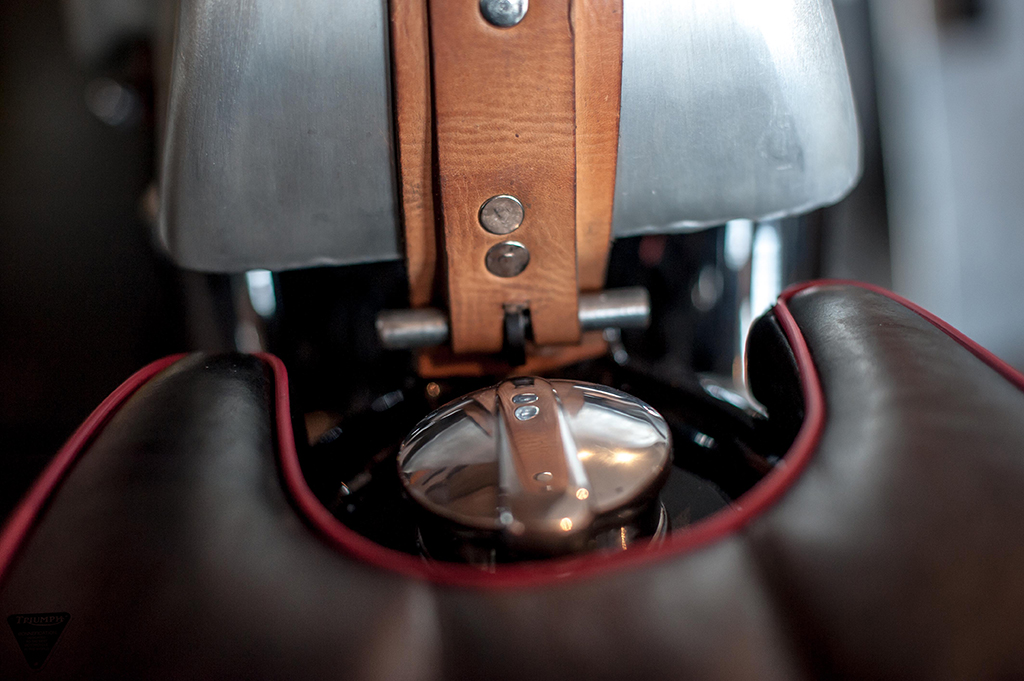 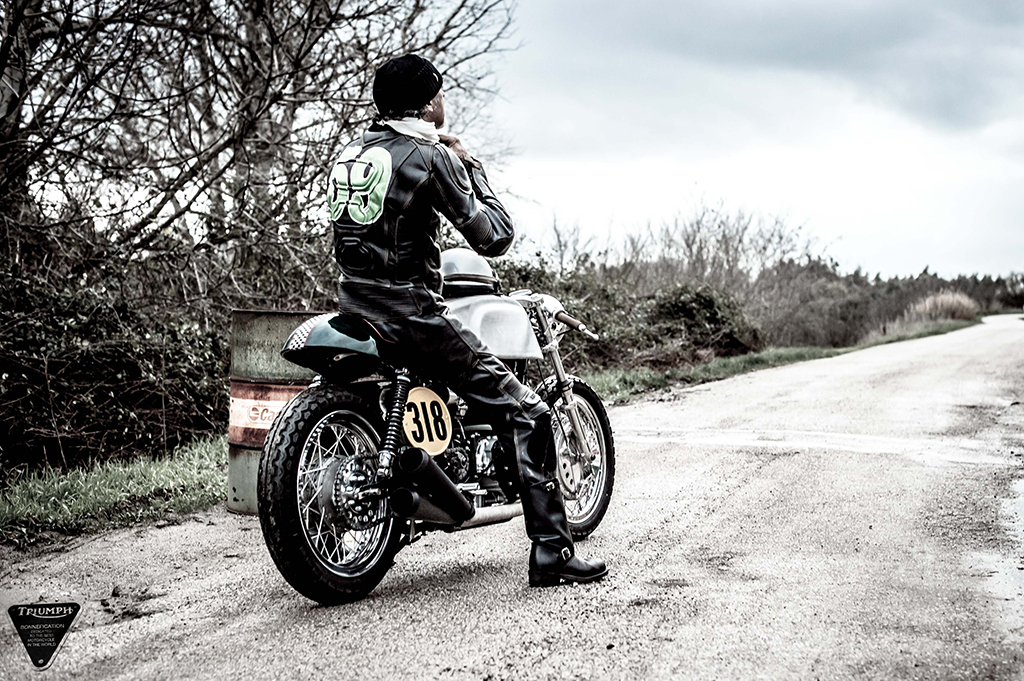 Overall this is an amazing looking Thruxton, one that is perhaps unique amongst modified Triumph Twins. So you can appreciate the level of details on this build I have used all 127 supplied images which were taken by Ugo Martens – Copyright © 2014

If you need more information on the Caffeine, contact Dino…