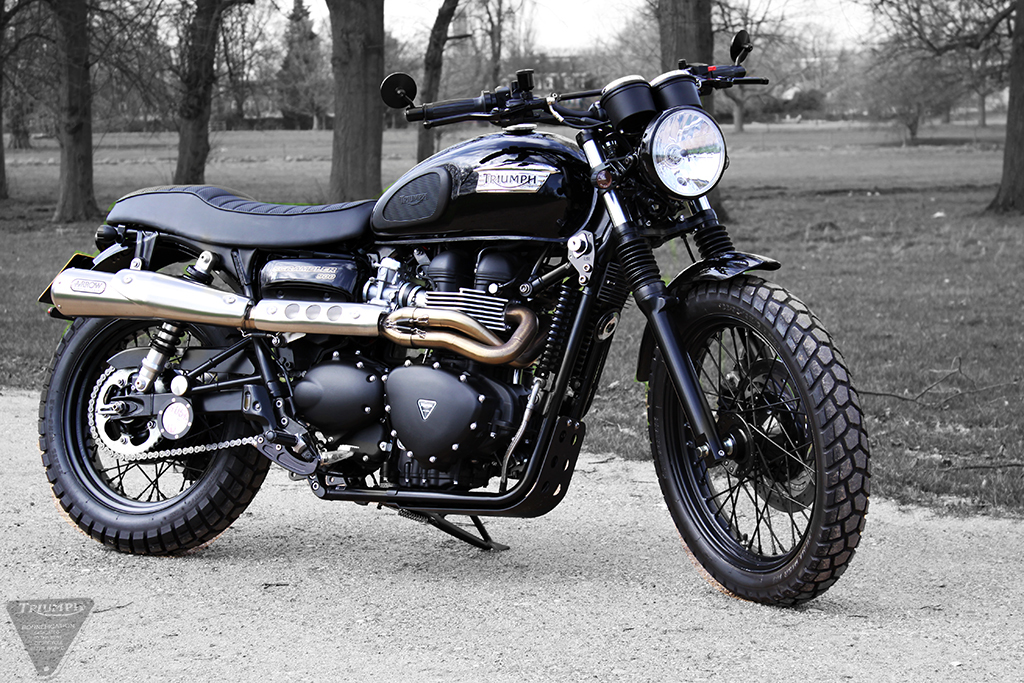 Being born in 1956 Andy Allen was too young to really enjoy the heyday of the Triumph Twin, but is lucky enough to enjoy it’s equally cool and considerably more reliable modern reincarnation. Andy, has now been riding for thirty nine years and like many novice bikers of the seventies graduated from a Garelli Tiger Cross moped to the Yamaha RD250, XT500, XS1100 respectively.

“The attraction of the Scrambler was the character and sound of a twin with gorgeous retro looks of the 50’s and 60’s that I missed out on.” 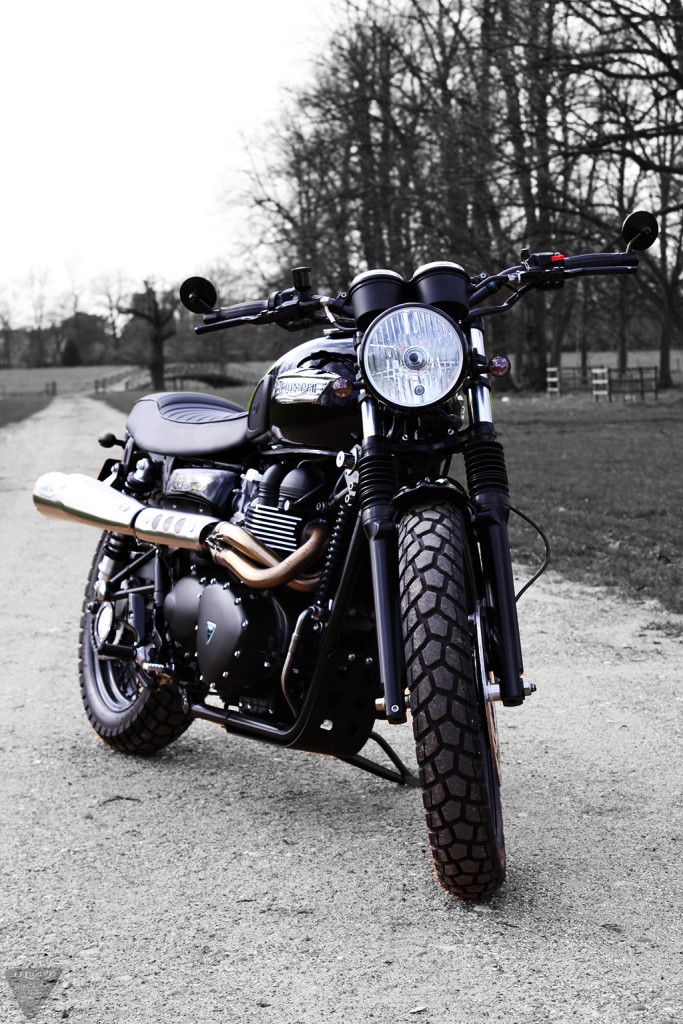 Andy’s first Triumph was a Trident 750, which was purchased from Jack Lilley, who was one of the first appointed Hinckley Triumph dealers in 1991 – Andy has since owned a Thunderbird Sport, Daytona 900 and a triplet of Tigers.

“I must admit that after owning several high performance machines that it’s rather liberating not to have to worry about keeping the licence clean, my riding is certainly now a lot less hectic” 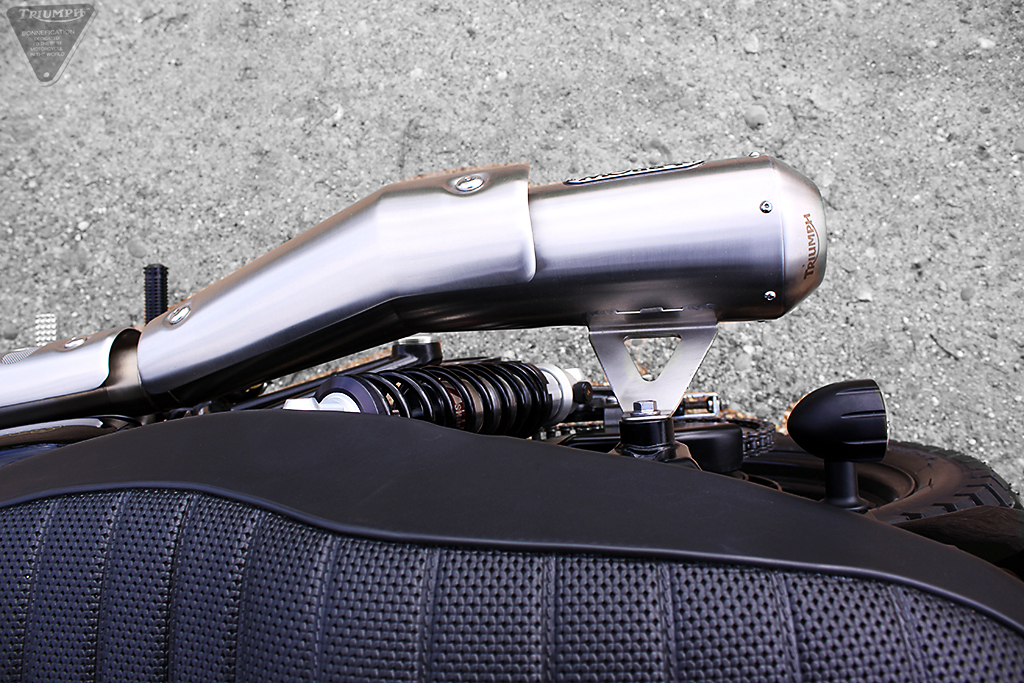 Andy lives and works in Isleworth, West London where he runs the fly fishing on the trout fishery. Being a father his days of long rides in Italy and France are long gone and is now confined to the protective cage of a Volvo Estate along with the family dog, thats the responsibilities of life for you. Not all is lost because Andy still gets to ride this 2013 Triumph Scrambler down to the beautiful sunny South Coast (South Coast being the home to Bonnefication) and the families cottage in Wiltshire.

“I just put on an open face helmet, keep to the B roads, and enjoy stress free riding purely for self satisfaction” 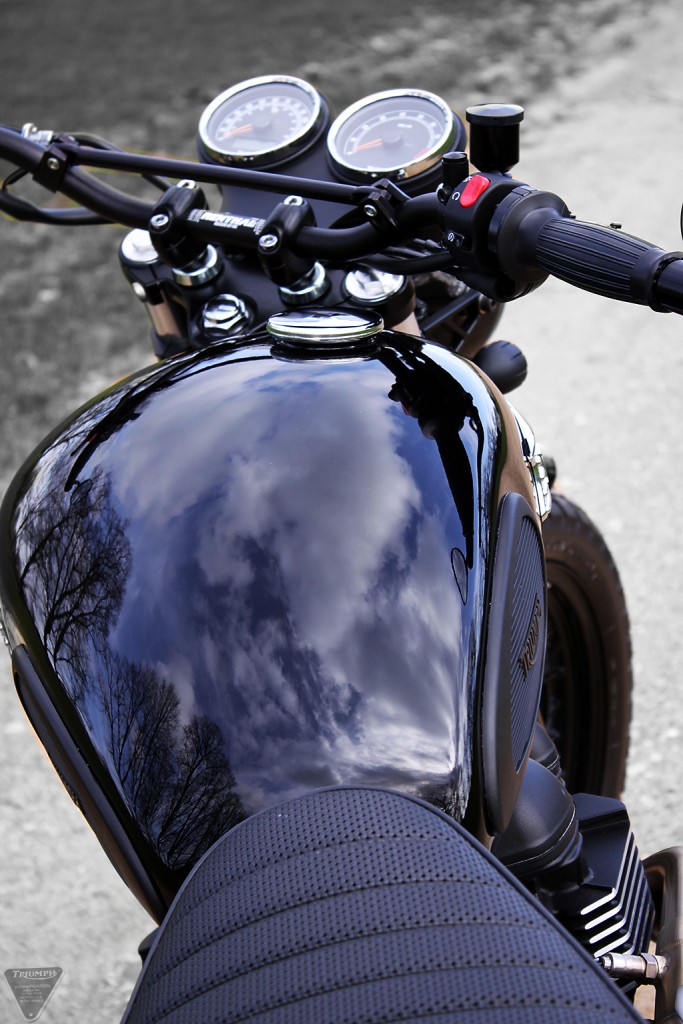 Before owning the Scrambler Andy had never modified a bike before, but like many of us, Andy was ‘seduced’ by pictures of custom Twins from around the world (all of which I hope Andy found here on Bonnefication) Andy has lowered the bike by two centimetres, added Arrow 2-1’s, BAAK rear mudguard, light, shocks and front end lowering kit. As well as LSL Footpegs, Headlight and Ignition relocation Bracket (which reminds me I still have to reviews those LSL parts)

“The Bonneville is just so easy to personalise, the difficulty is knowing when to stop! I still doesn’t know if I’ve finished yet, but this one is definitely a keeper” 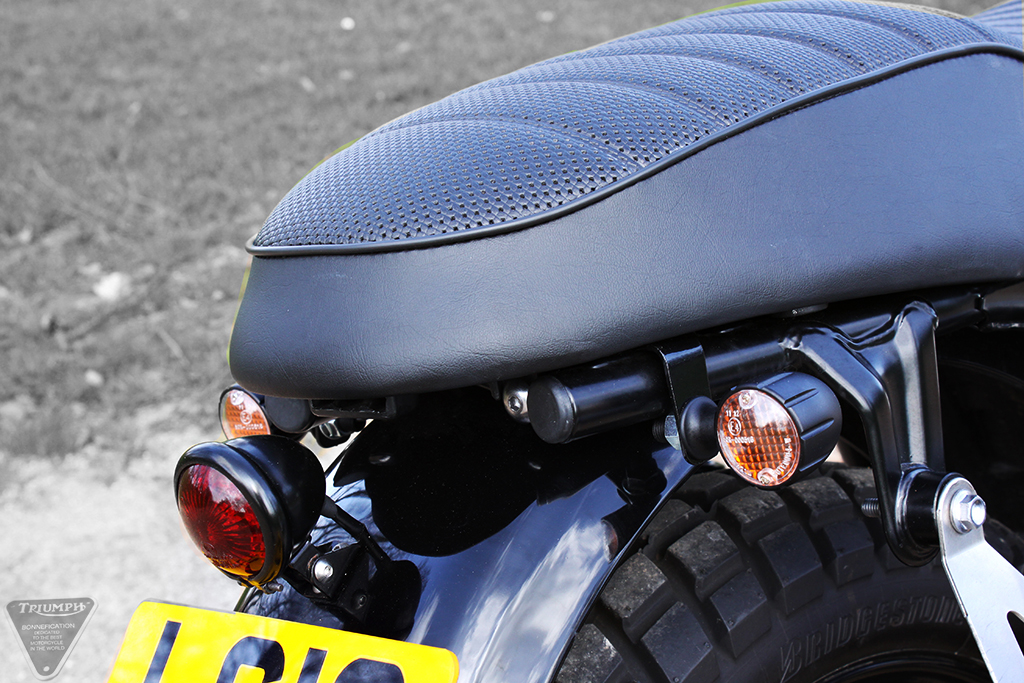 Other modifications Include Oberon bar end mirrors, Renthal Street Fighter bars with retro balloon grips, British Customs front Brake cylinder and JP Fabrications clocks mount. Andy has replaced the stock Scrambler seat with a Thruxton item which he has had recovered by C E Moore of Disraeli Rd, London. The Rims, rear cylinder guard have been powder coated and the side-stand has been shortened by Jack Lilley, Ashford. 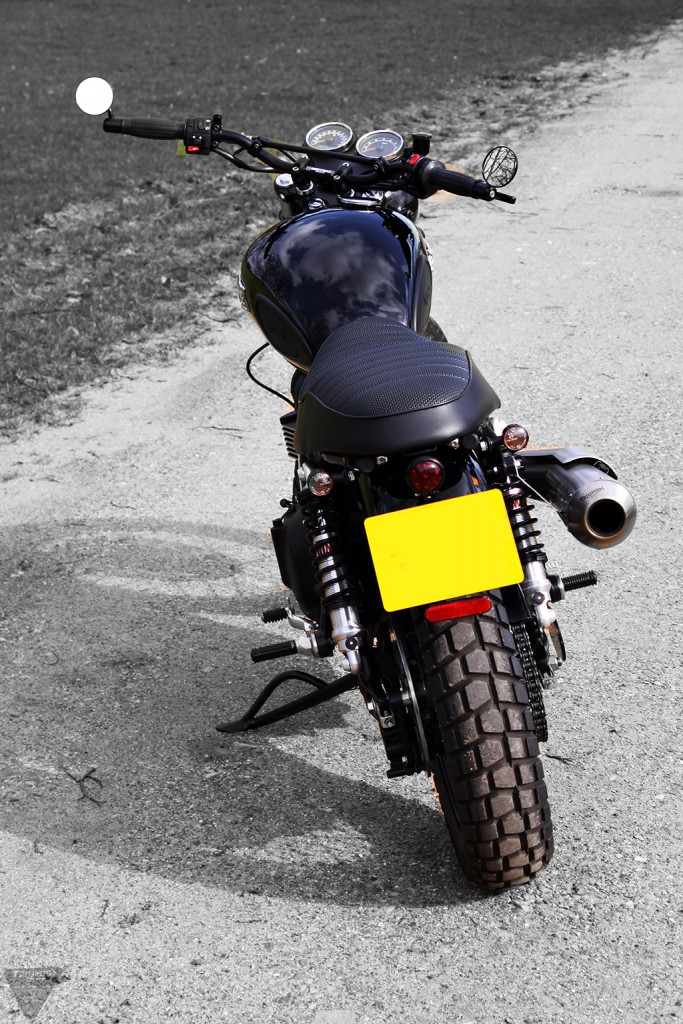 Next
Hiawatha by Ton-up Garage