It’s not everyday we feature a Triumph Twin stylised as if owned by a Viking warrior, and its not the sort of build you would expect to hail from Cadiz in Spain. But then those pesky bandits left traces of their skulduggery all over the world, so why not on a motorcycle. 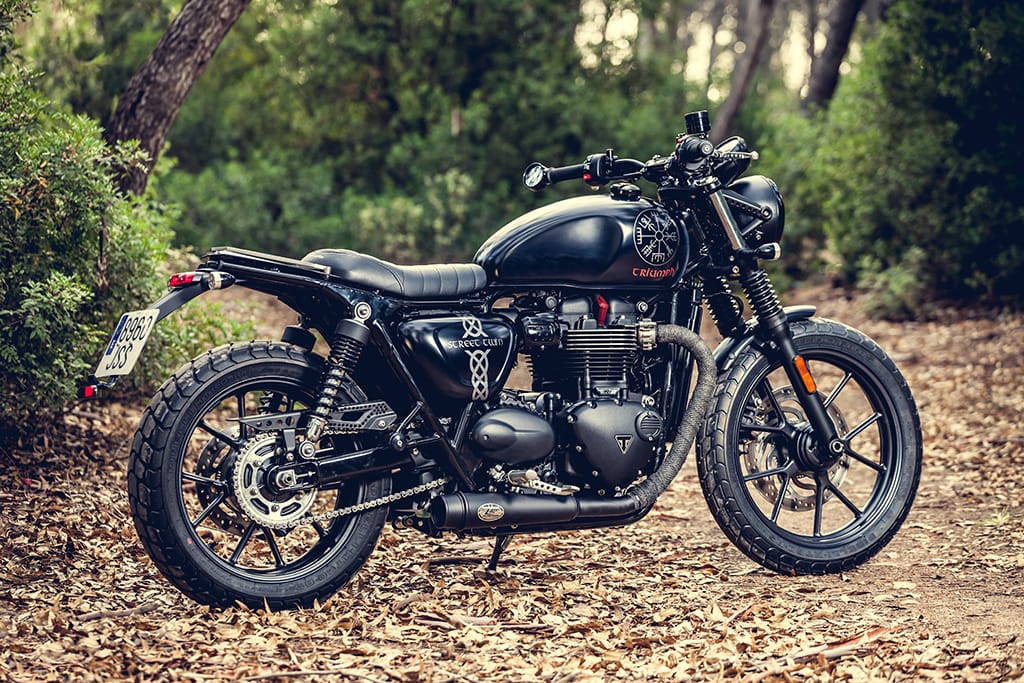 Built by the chaps at COOLmotorcycles, Cadiz’s local official Triumph dealer, the ‘Viking’ is based on the new 900cc Street Twin, and sports a host of accessories from both Triumphs official catalogue, and a few choice picks from the aftermarket scene. 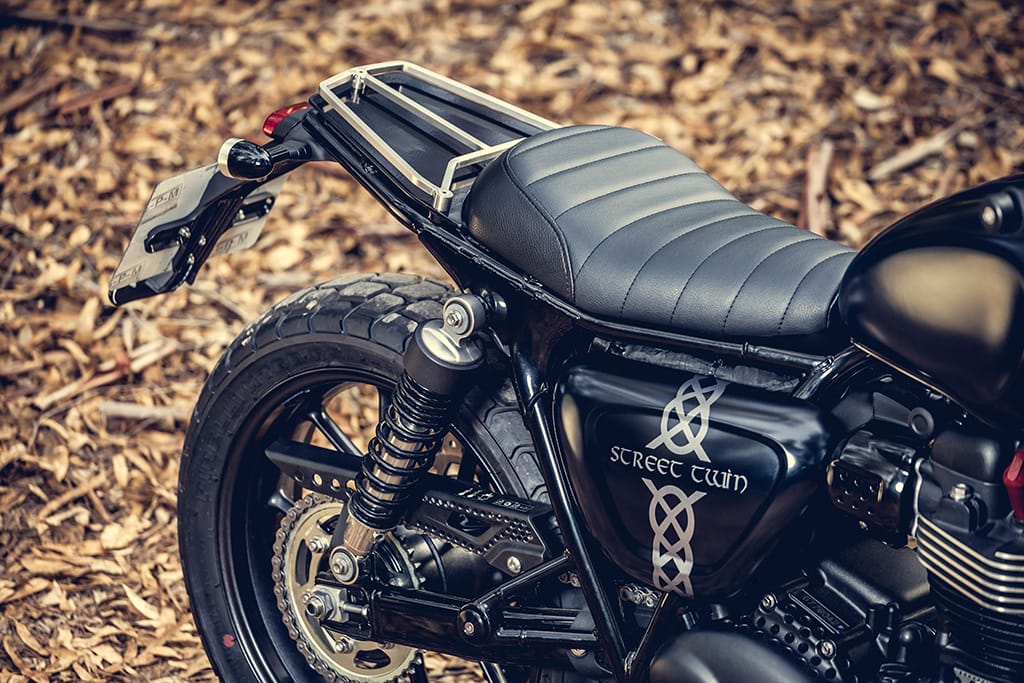 Like many customs the rear mudguard has been replaced, on this occasion using an eliminator from Triumph’s range of accessories. An attractive item, though still a little long for my tastes – and compared to the aftermarket fender eliminator available for previous models, its rather expensive. But what you are getting, like all Triumph accessories, is something which has undergone the riggers of  EU homologation. 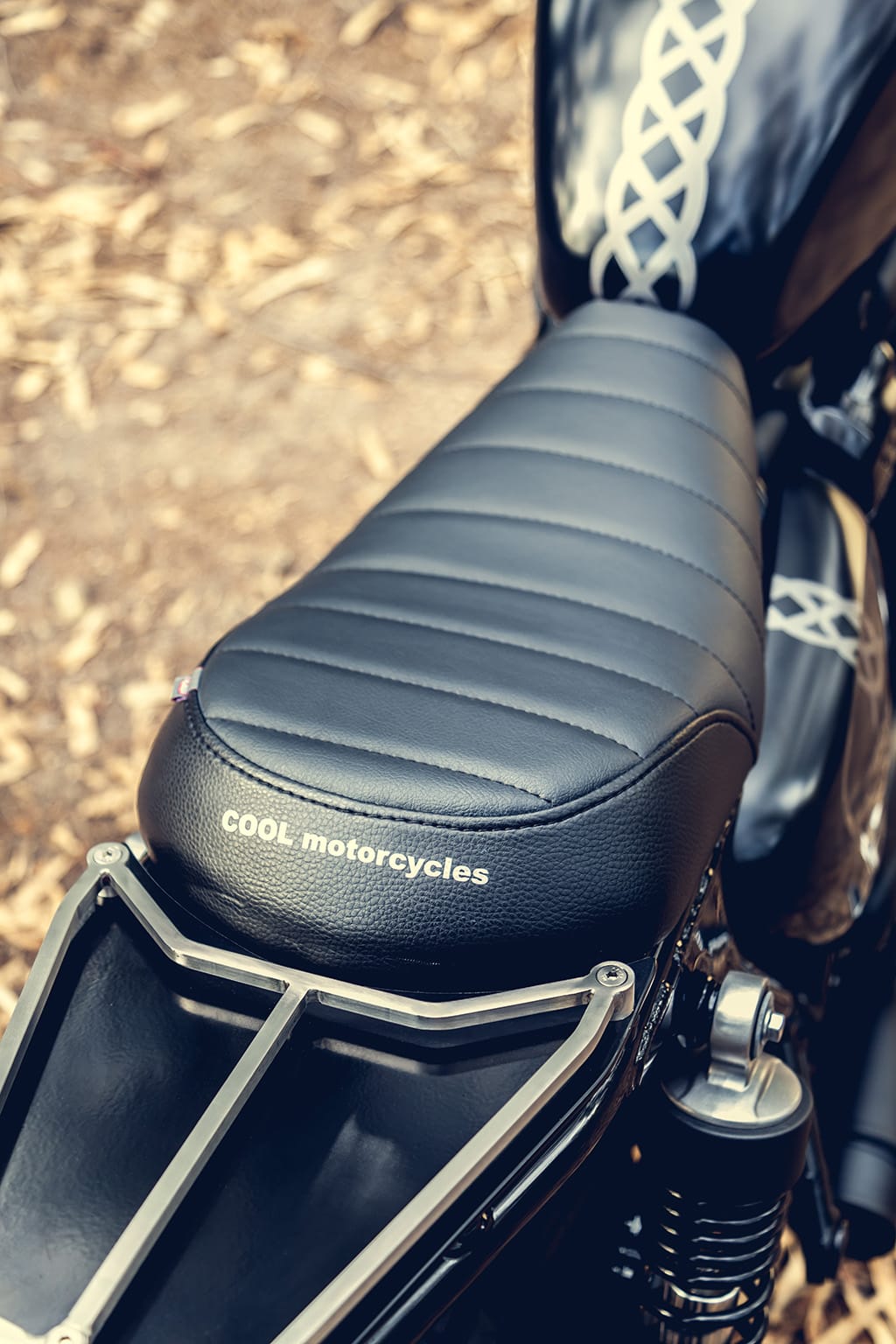 The seat on the ‘Viking’ is custom, and resembles the solo seat/rack set-up Triumph made for the air cooled Scramblers (I have a feeling Triumph will be making something similar when they release the new water-cooled Scrambler). This was crafted in house using an aluminium base, with the rack being shaped from stainless-steel – this should come in handy when carrying loot back to the boat. 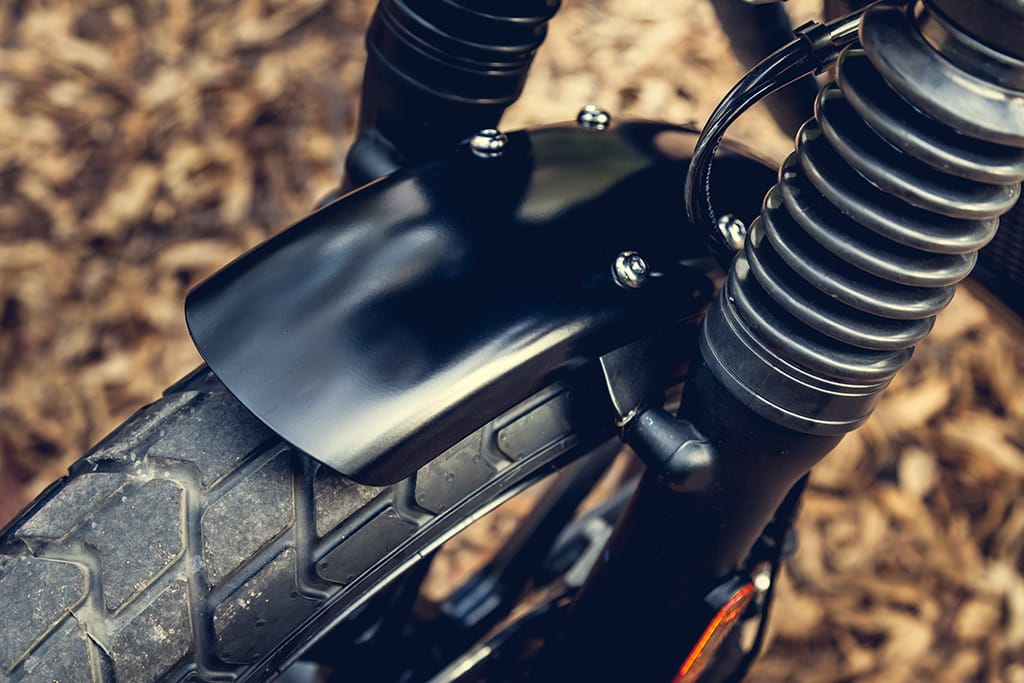 Up front the stock mudguard has been fashionably shortened, with the not terribly attractive OEM headlight/speedo mount being drilled and painted black, as have the headlight and speedo bezels. The drilling continues onto the levers, brake and gear pedal, sprocket cover and chain guard. 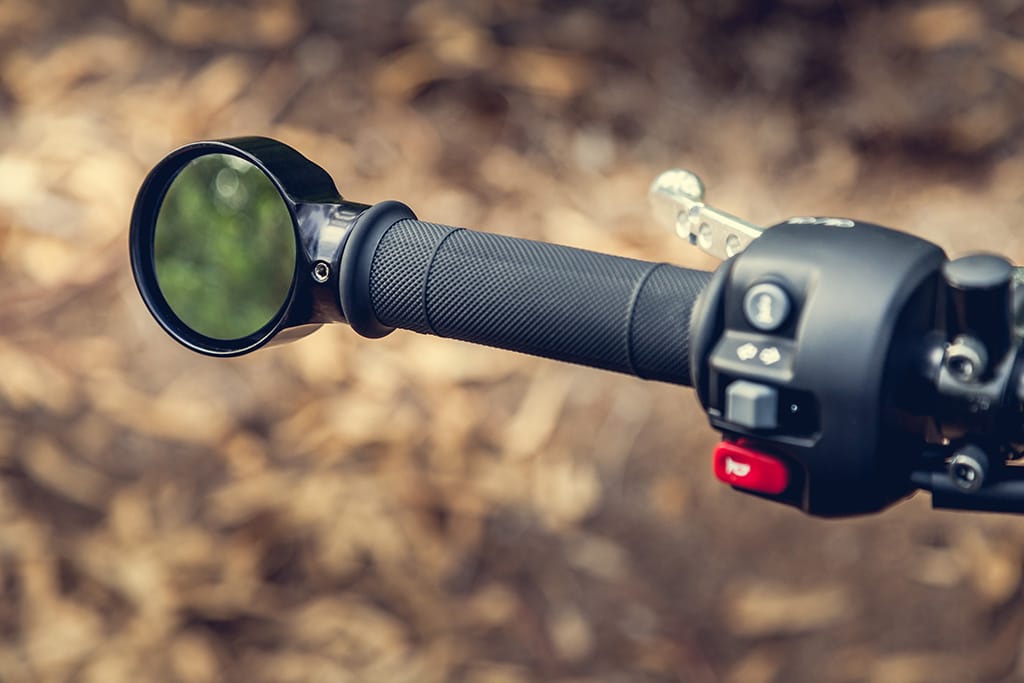 The stock mirrors are gone, being replaced by a single bar-end mirror from Joker Machine, who CNC there goodies in the US. The grips are not those fitted as standard to the Street Twin, but the ‘Diamond Grip’ available from the Triumph catalogue, a catalogue which naturally for a Triumph dealer has been raided to optionalise this build.

On release of the Street Twin earlier this year, Triumph made available a range of Vance & Hines exhausts as part of their accessories range, but it didn’t take long before Italian exhaust manufacture Zard got in on the action, releasing a catalogue of systems including the N.2. as fitted to the Viking. These pipes are available in both brushed and Black Ceramic coating. 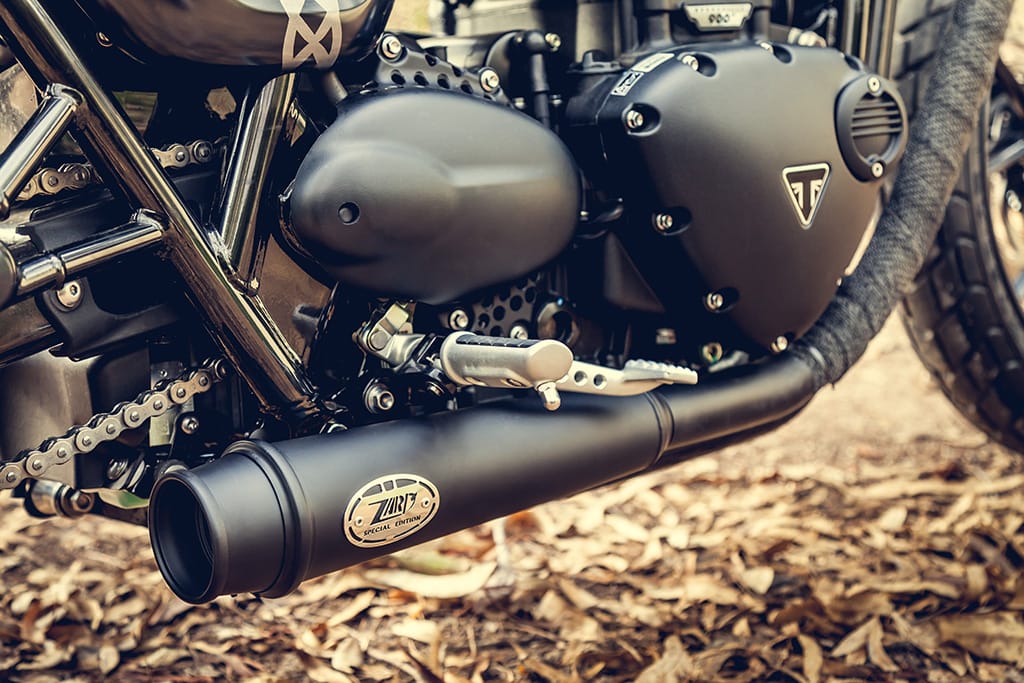 Having not heard either system, I cant comment on how they sound, both look great, but the shorty N.2’s are a little more custom appearing, and should give a great sound, much like the rest of their products. These have then been finished in black heat tape, which is not to everyones taste, but each to their own. 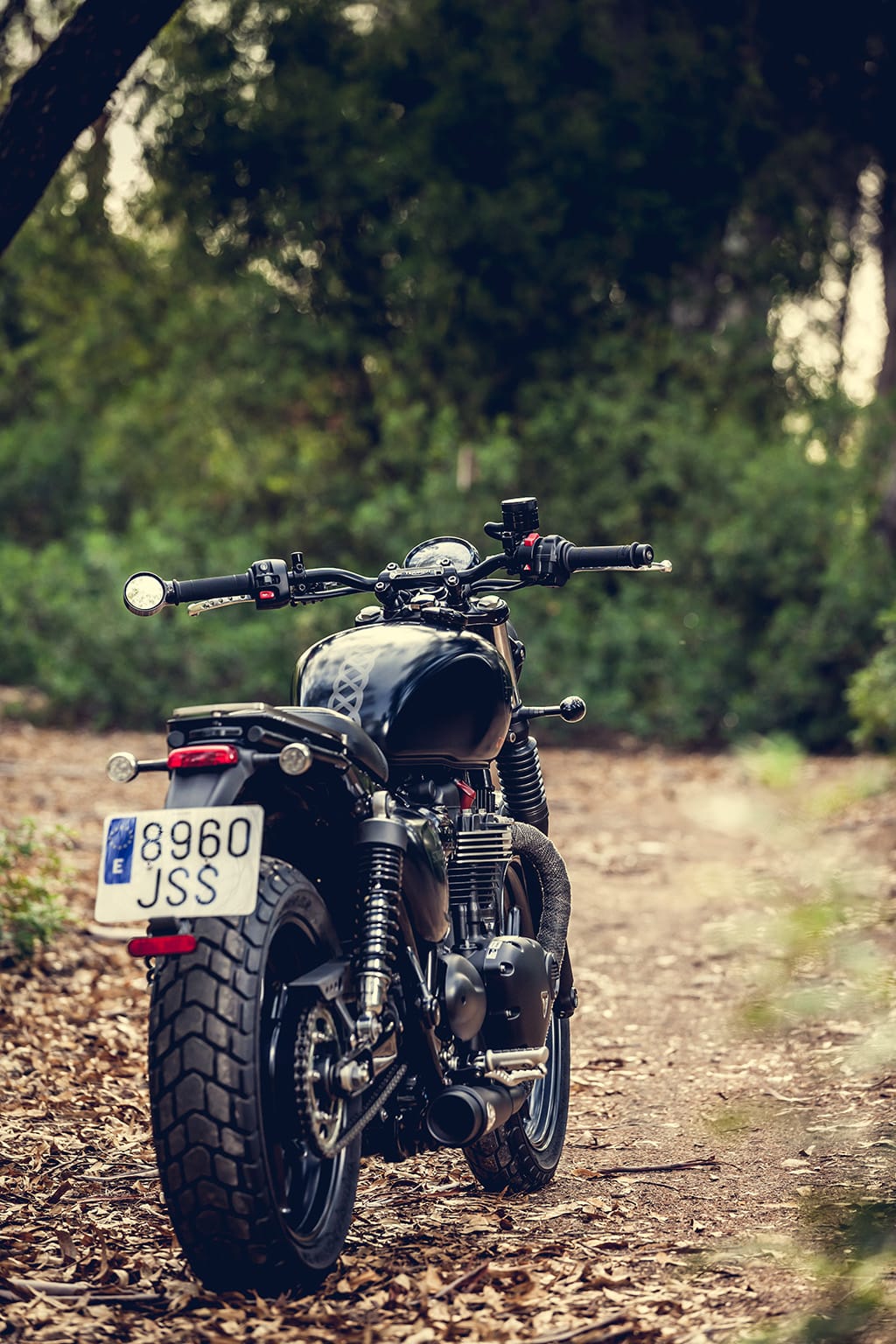 To give the Viking a more gnarly appearance. the stock Pirelli Phantom Sportscomp (100/90-18 front and 150/70 R17 rear) tires the Street Twin ships with have been swopped out for a set of Pirelli MT60 RS Super-Moto tires (110/80-18 front and a 160/60-17 rear) which should give the Triumph a little more grip when raiding and pillaging.

So what about the ‘Viking’ bit? Javier Álvarez of COOLmotorcycles explained that the satin black  tank features Viking symbols on either side. The Vegvísir on the right side, is intended to help the bearer find their way through rough weather. While on the left side is a Aegishjalmur or Agishjálmur, a magic symbol of protection, used by Scandinavian warriors. In the same way that the Vegvísir. The finished tank was then topped of with a black Monza rule cap. The Side-covers haven’t missed out, being adorned with the word Street Twin in Viking style typography”
One lucky bike then! 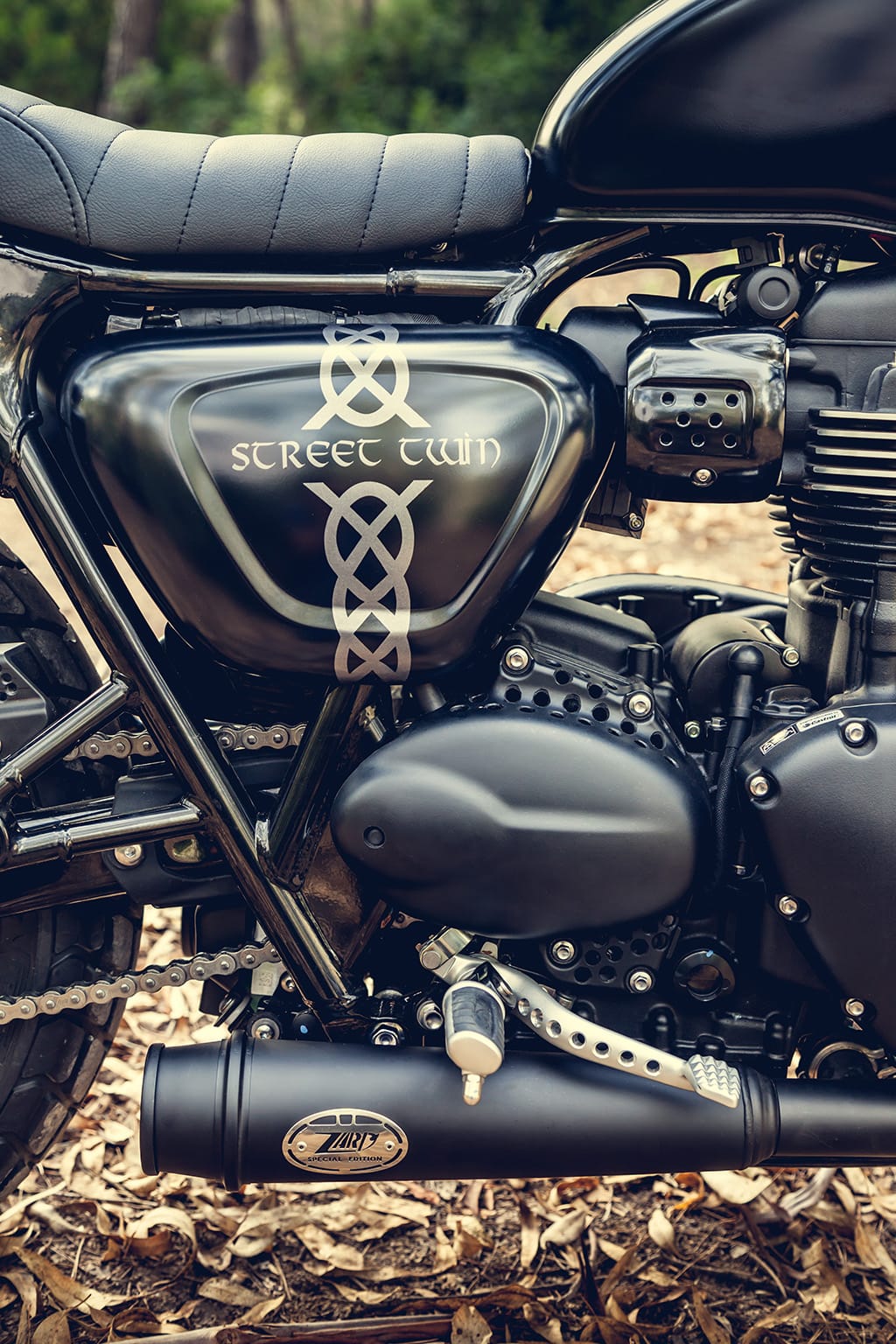 It’s great that Triumph dealers the world are able to offer customised Triumph Twins, builds which can stray from just using official accessories – allowing each build to be a little more unique. something not possible if they only fit Triumph parts. 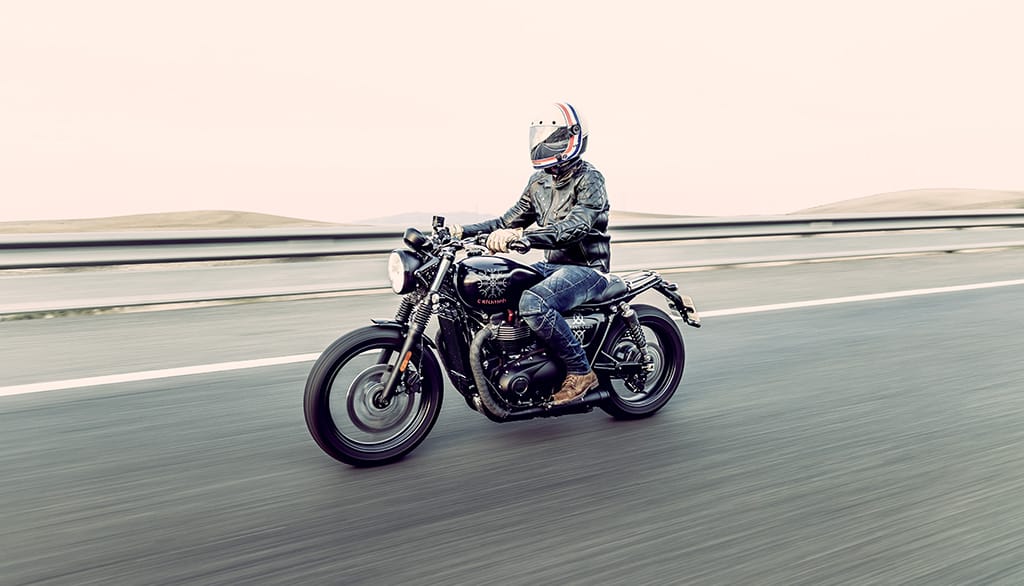 Im am advocate of doing it yourself, yes some jobs are best done by a skilled technician, but there is no better feeling than transforming a stock Triumph Twin into something different –  don’t be shy, modify!