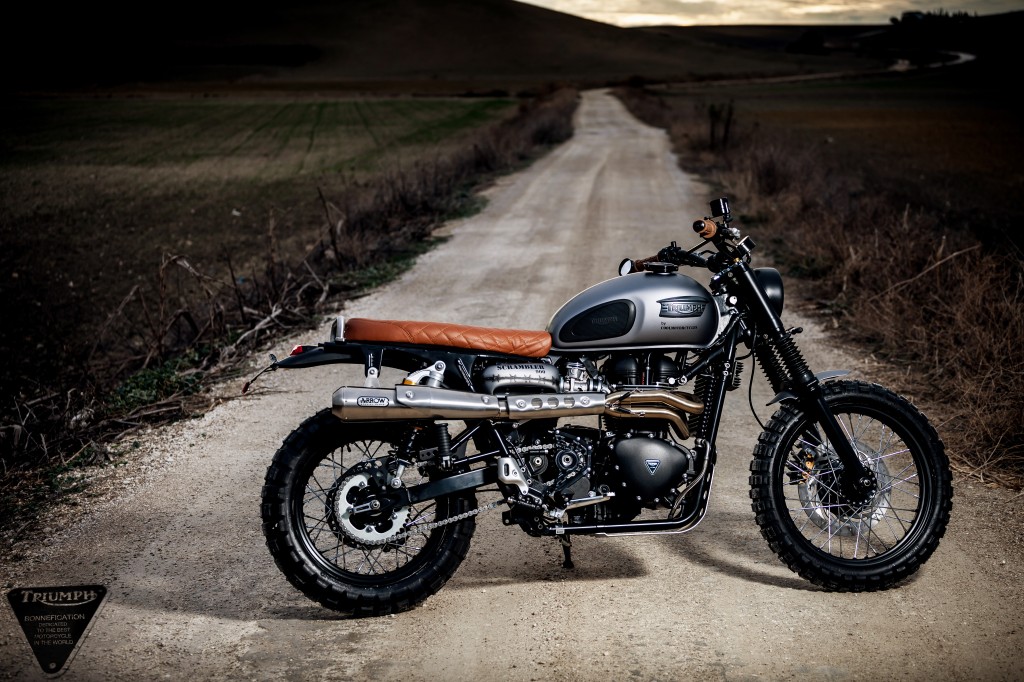 This is COOLMotorcyles of Cádiz, homage the 1963 movie The Great Escape, starring Steve McQueen, James Garner and Richard Attenborough. The film centres around the real life escape of a group of prisoners from a German POW camp during WWII. In the Movie the character, Hilts, played by McQueen makes his legendary, but fictional escape on a liberated German motorcycle, which was in fact a Triumph. Unlike the bike in the Movie, this particular Triumph has not been painted in the same dowdy olive drab and unlike McQueen’s character in the movie, you would want to get caught riding this bike. 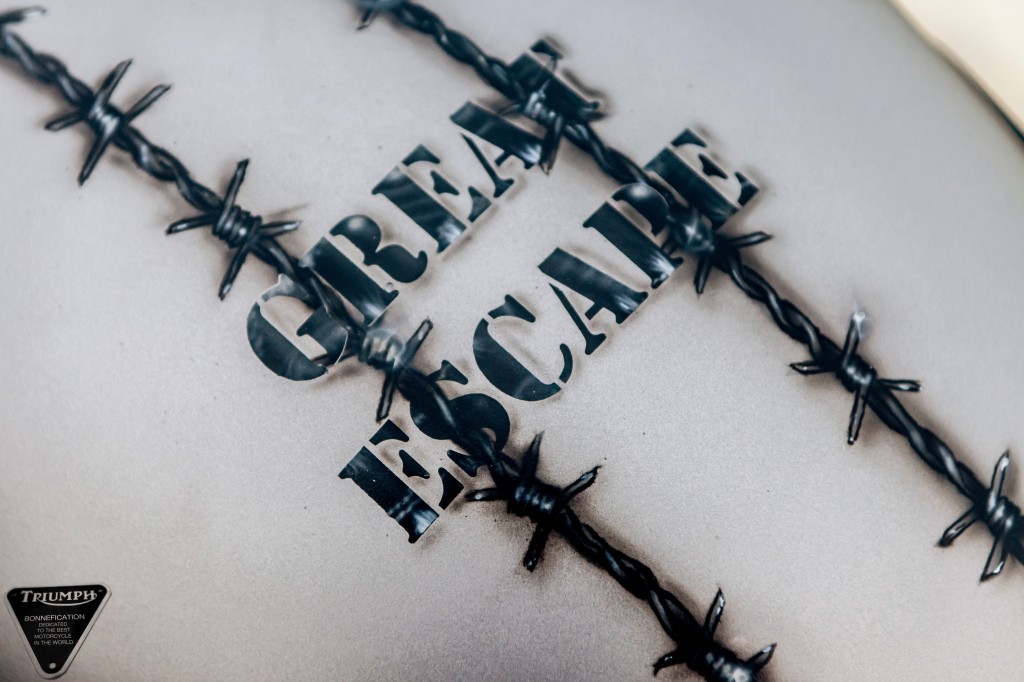 The man behind the bike is Javier Alvarez, owner of COOLMotocyles. A man who is passionate about what he does, and loves nothing better than to share his love of motorcycles, telling his customers that they ‘do not sell motorcycles, we try to sell passion, feelings and sensations’  Clearly thats why COOLMotocyles is an official Triumph dealer. 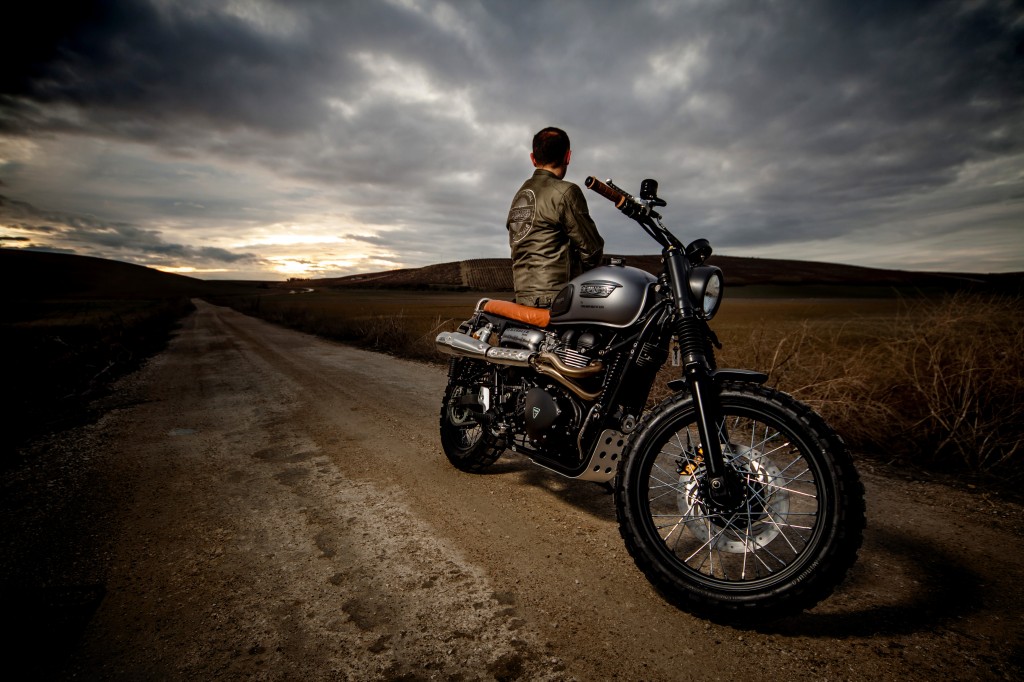 As you would expect, Javier and COOLMotocyles is supported by a great team of fellow enthusiasts, who’s passion for the Triumph brand is obvious by what they do. The guys on the ground (or in the workshop) on this build include; Alejandro Veiga the “Boss” who runs the workshop and was responsible for mechanical part, Raul Toledo “Metalman”, fabricator and Francisco Heredia who painted and airbrushed all the barbed wire detailing.

The list of upgrades on ‘The Great Escape’ is extensive and resembles my own and probably most readers of Bonnefication’s list to Santa this Christmas. At the front is a Norman Hyde fork brace, Fehling bars, Oury Grips, Joker Machine mirrors and the ever popular Motogadget Classic Speedo. 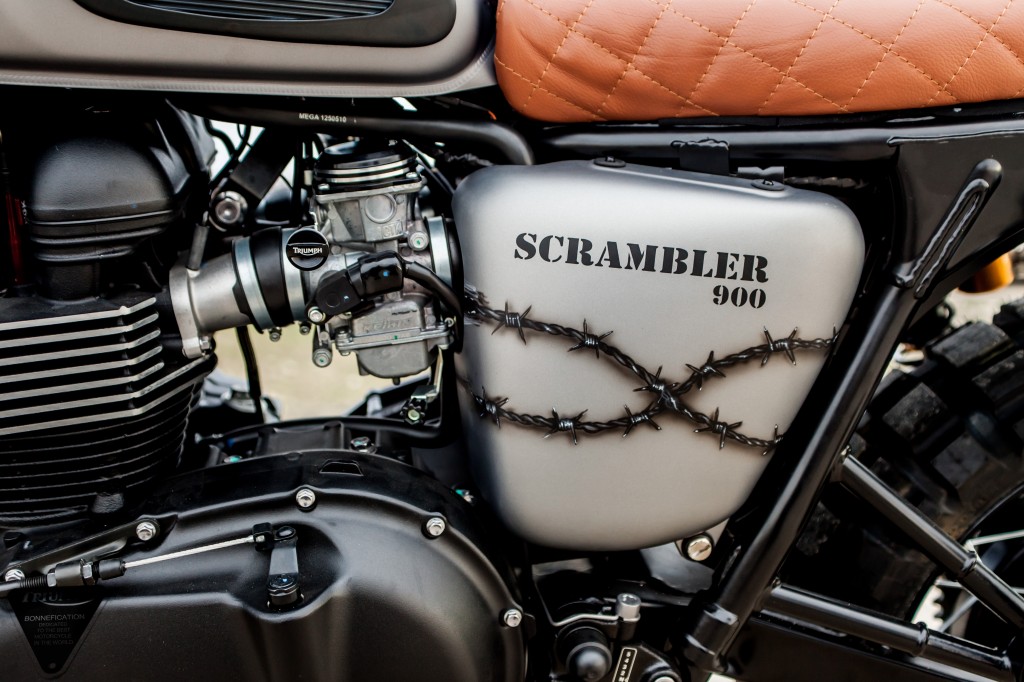 Suspension has been upgraded, as you would expect, using Andreani fork springs and Öhlins shocks at the rear. Engine detailing includes plenty of Joker Machine goodies, such as their Carb Caps, Shift Lever and Sprocket Covers. Mas Engineering get a look-in with their chain guard. 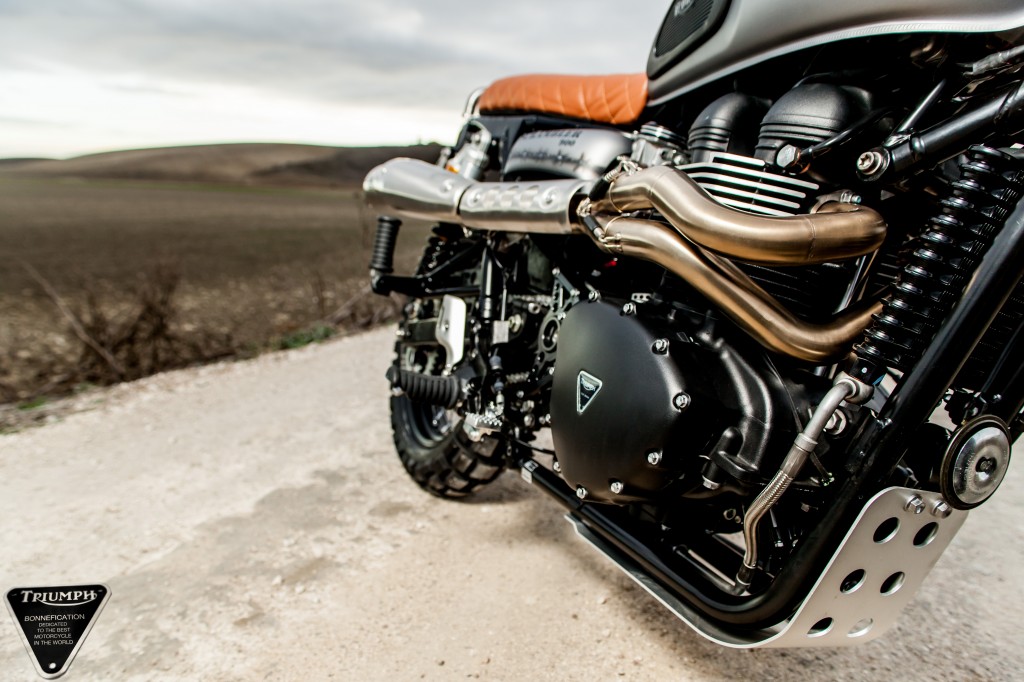 Arrow 2-1 high pipes help the bike breath, which is to be expected from an official Triumph dealer, and why not they do sound rather good. The seat is from the ever popular Ton-up-Garage. All those goodies are sitting on Bonnefication favourite looking dual purpose tyres, the Continental TKC 80’s. Keeping the muck at bay are custom painted JVB Moto front and rear mudguards. The front light shroud, which is a bit of a feature of this build is also from JVB Moto. Turn signals are by Highsider. 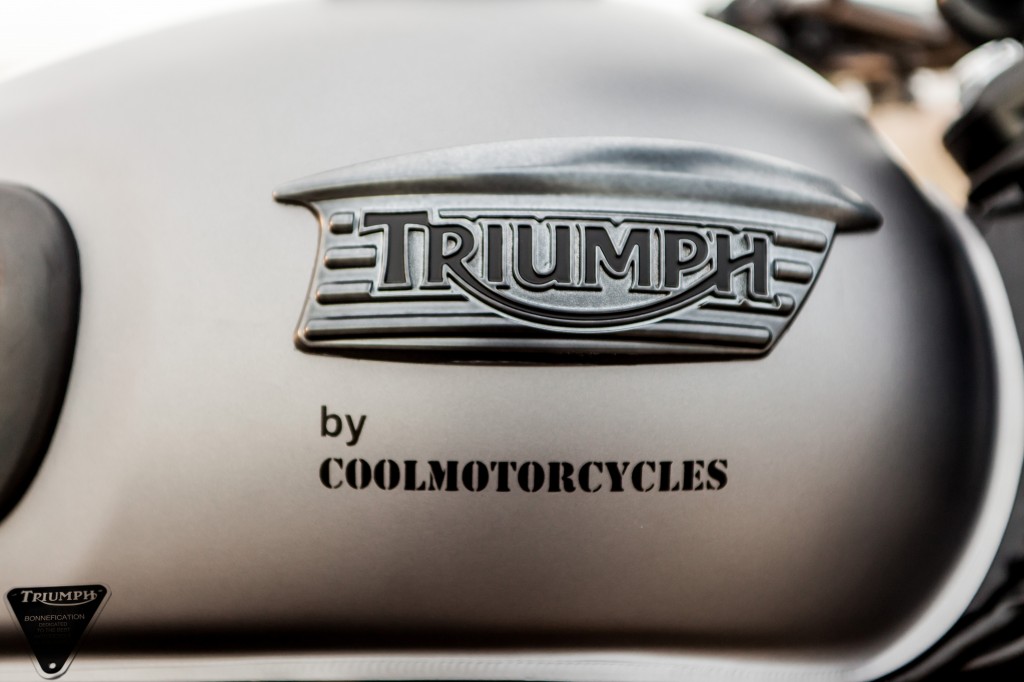