Increasing the performance of the Hinckley Classic Twin may well of been its first real modification. Forget new-wave trends for bobbed frames, shorty mudguards and ridiculous tyre choices. It was big names like Bob Farnham Tuning who were turning a retro classic motorcycle, designed for old men needing to relive the golden age of the British motorcycle industry into something actually rather bloody cool. 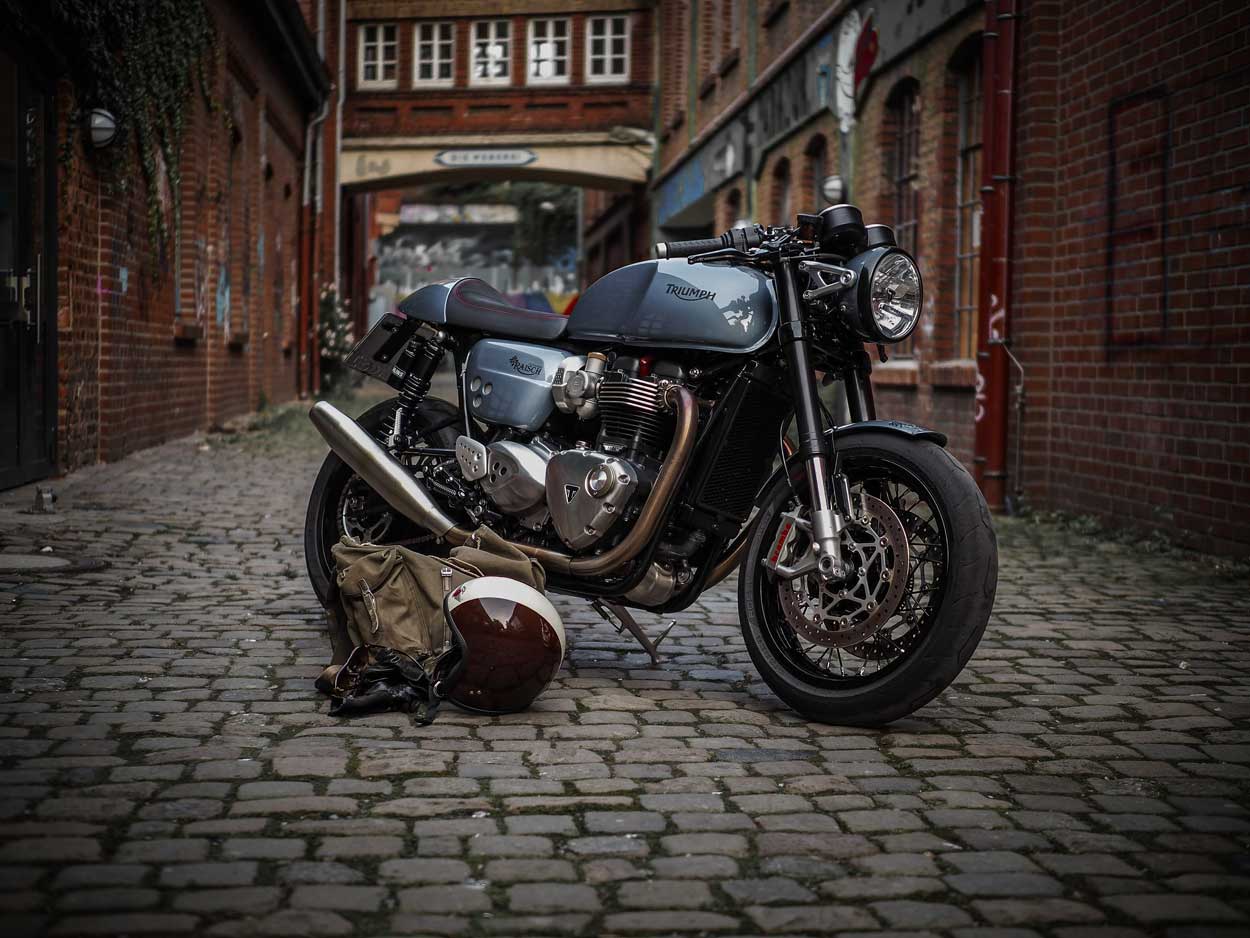 For some of us, the first thing we did after riding our newly purchased Triumph Twin home was to remove its air/battery box, fit K&N’s and swop the exhaust for something louder, and If we could afford it a 904 performance kit! 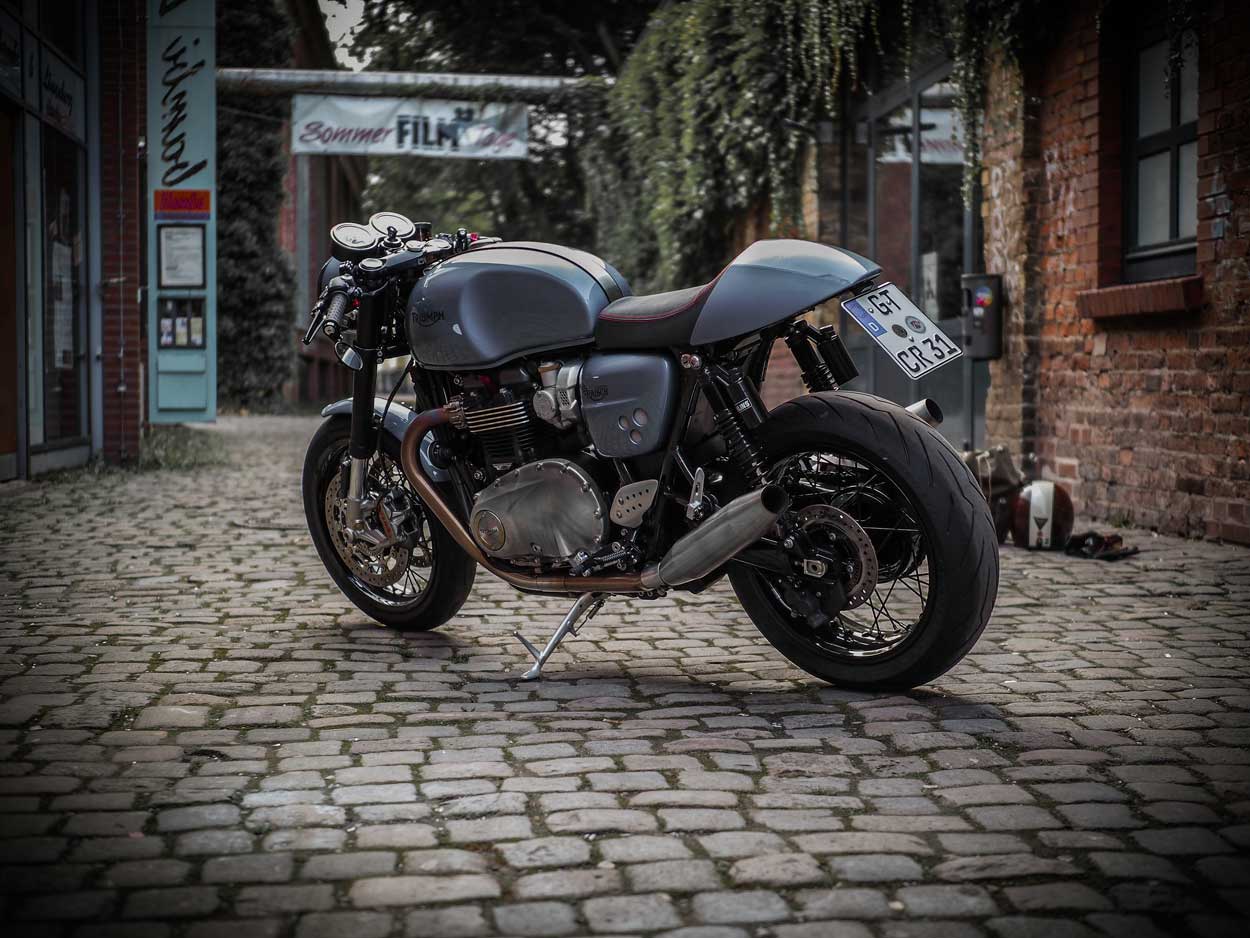 After a long journey, drama and heartbreak my own 2005 Triumph Scrambler has had all of the above modifications, as well as a set of Keihin FCR 39 racing carbs. It also has a bobbed frame, shorty mudguards and a ridiculous tyre choice, and I bloody love it. 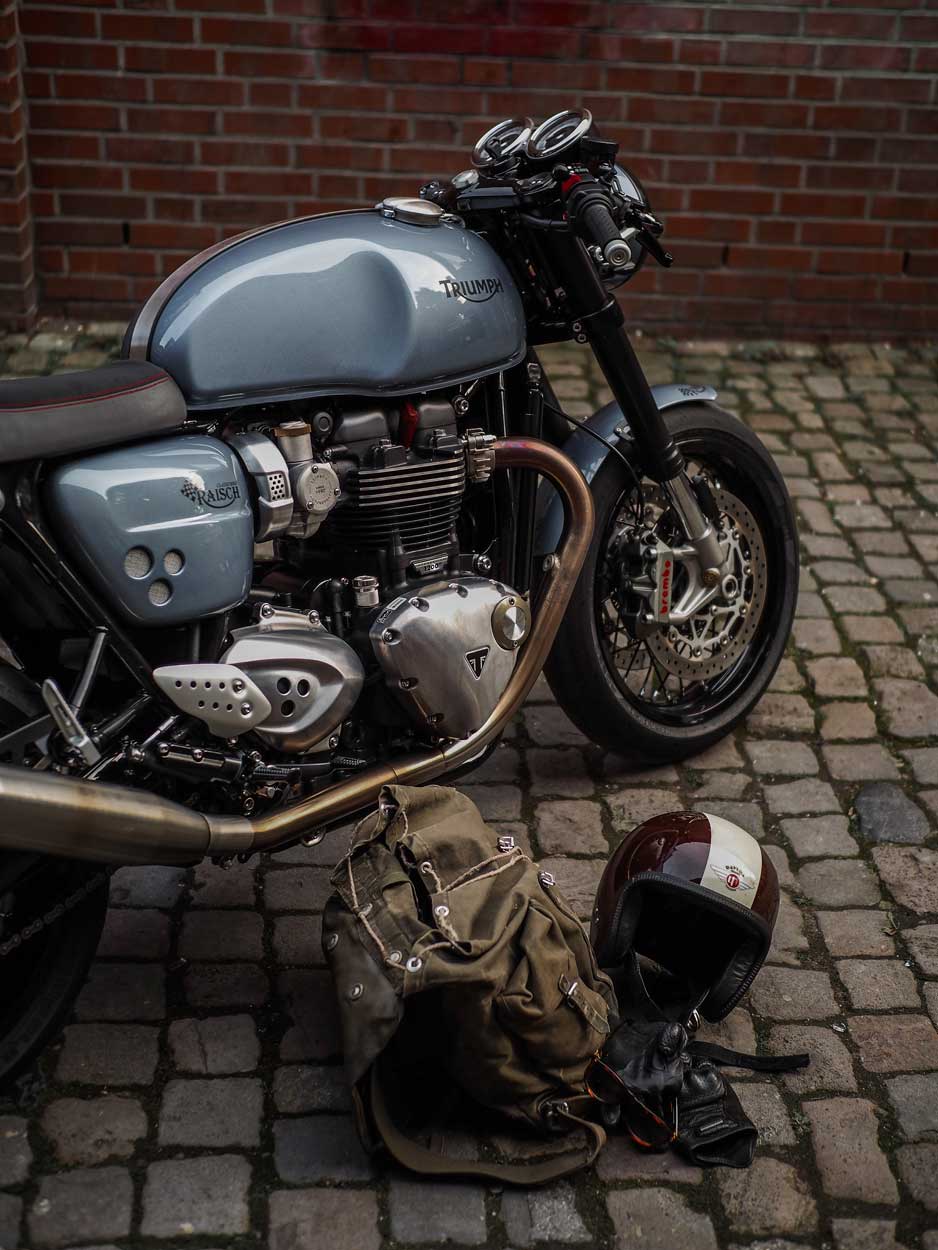 Modifying the Hinckley Triumph Twin needs no explanation, no matter how impractical, how expensive or how unnecessary. Nothing has changed when it comes to the new water-cooled machines. Out of the box the 1200cc Thruxton R is a bloody nice machine, but owners still want more from their Classic Twins, and its companies like Classic Bike Raisch who are offering just that. 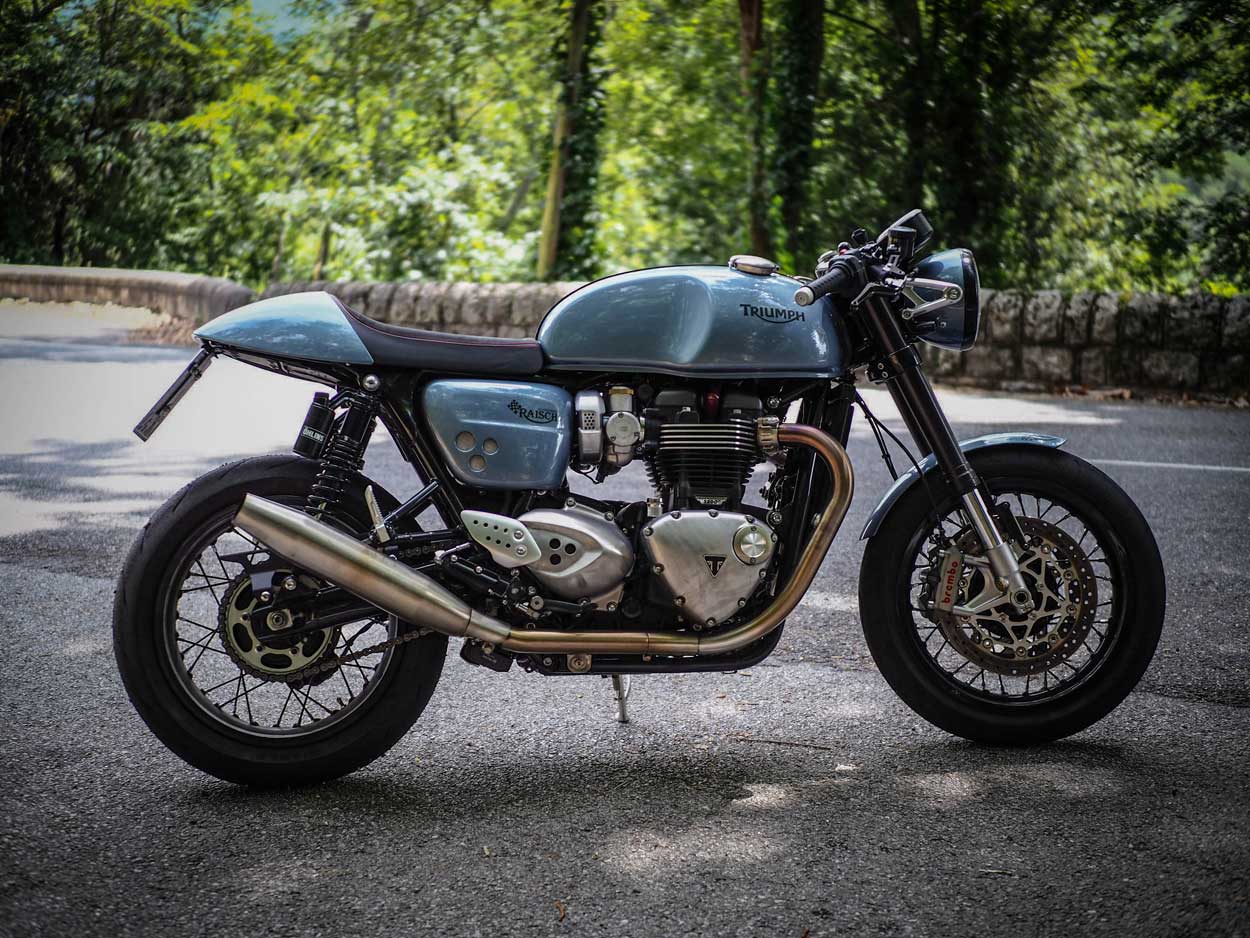 Based in Rheda-Wiedenbrueck Germany, Classic Bike Raisch Is a family run business, started thirteen years ago by Rainer Schenk, an man, who like many of us had a passion for Triumph’s modern Classic. A passion which after customising his own Triumph twin became his business. Today its a four man team of father Rainer, and sons Christopher and Yannic and Markus the teams mechanic. 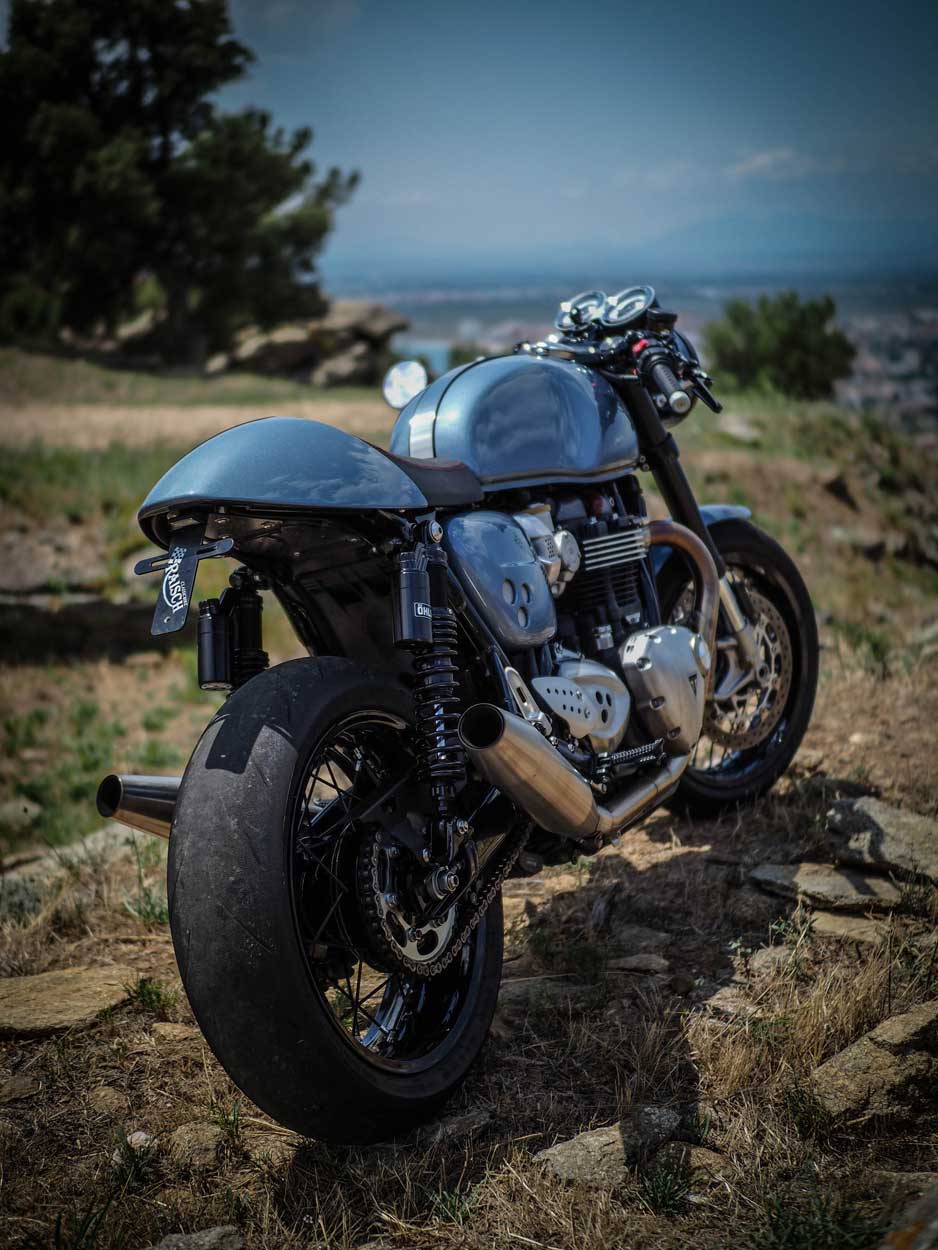 The modification to the Raisch Thruxton R are outwardly subtle, and mostly about performance and handling. We start with the engine; fitted with a Raisch Power Kit which includes X-Pipes, Big Air-filter cover, Tunig Air filters, Raisch Camshaft, a Power Commander and of course a remap. Added to this, this Thruxton has also been fitted with a Remus exhausts system, which when combined adds a tidy 14 Hp/16 Nm, giving this Thruxton R more power over a wider range, making it more aggressive, more sporty with a much better throttle response. 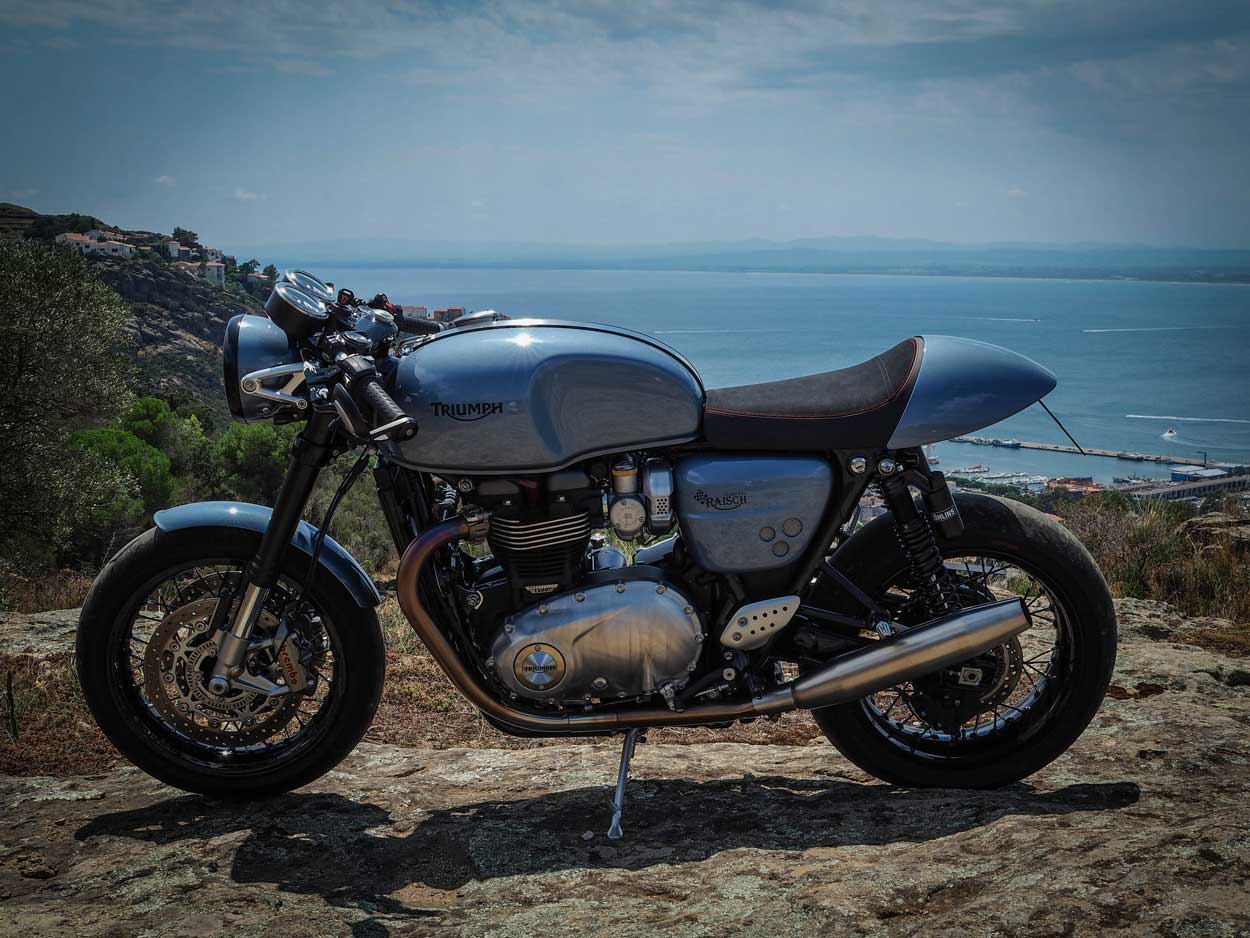 This little upgrade comes in at 1.609€, if thats a little steep for you there are other performance  kits available from Raisch which may suit your budget. I will admit I know little about performance upgrades other than they make the bike go a bit … a lot quicker. With this in mind I recommend you contact the guys at Raisch for the full details on what they can offer. 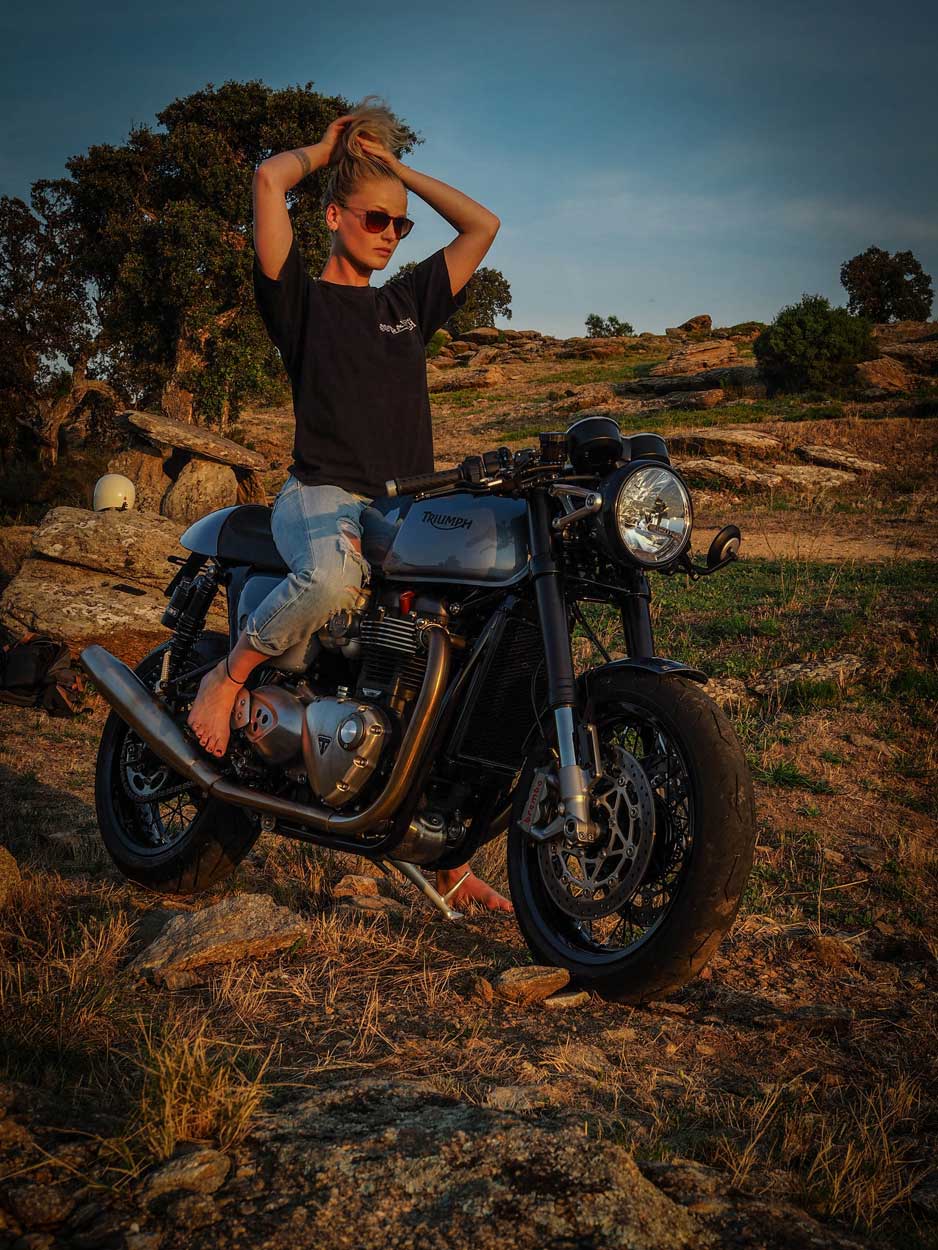 With added power comes the need for better handling – so the Thruxton’s front and rear suspension has been upgraded. At the back are now a set Öhlins Black Line shocks, with the stock forks being given thinner viscosity fork-oil and a shim package, with the forks stanchions also receiving a colour change to keep things in balance. 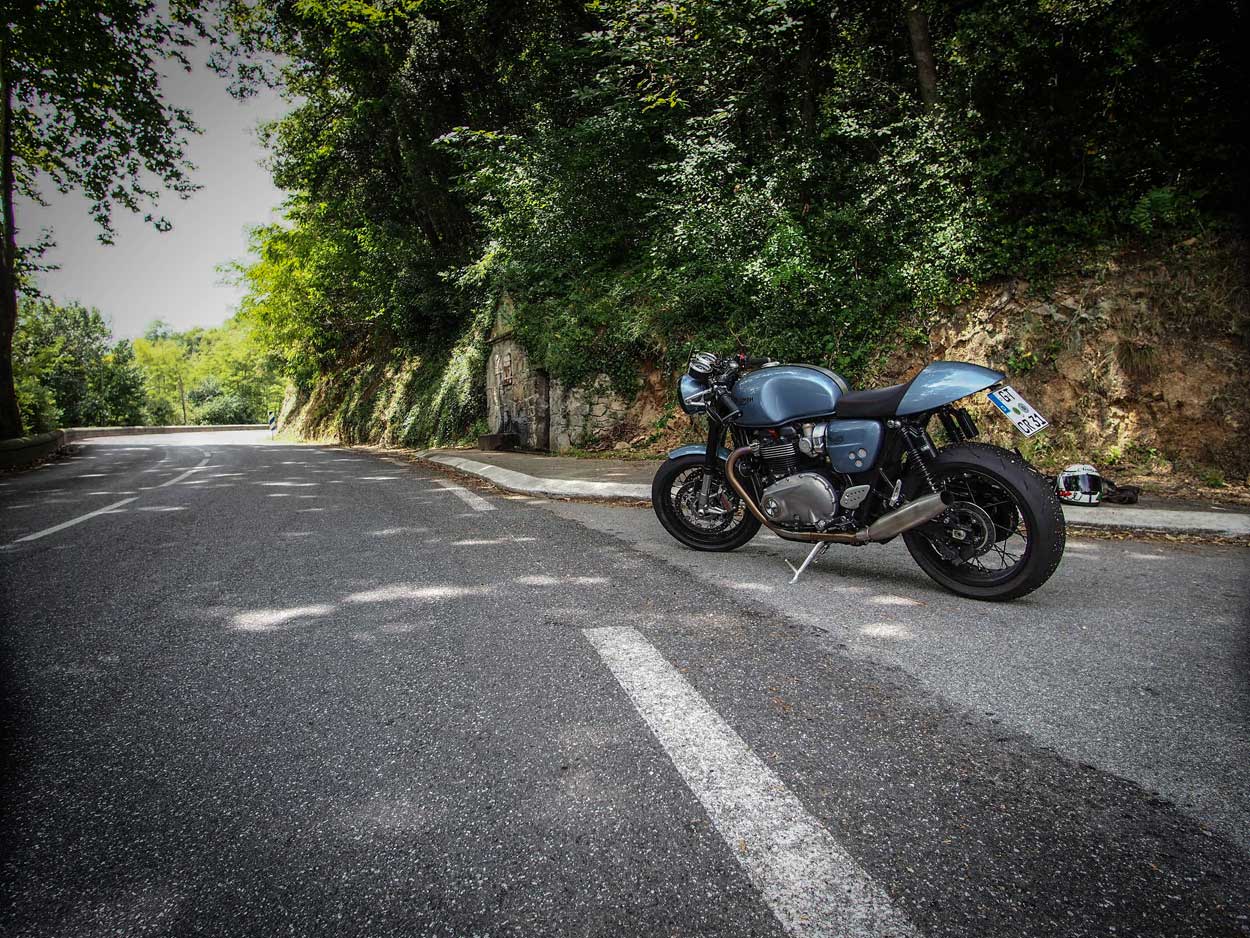 With all the performance upgrades, the Thruxton needed to look as good as it performed. So the team swopped the stock clip-ons with a set from Rizoma. The seat cowl has been changed for Raisch’s Heck Weck Kit, with the wheels being painted black, and finally the tank, side covers, seat cowl and front mudguard were painted in VW glacier blue,  just to cool things down a little. 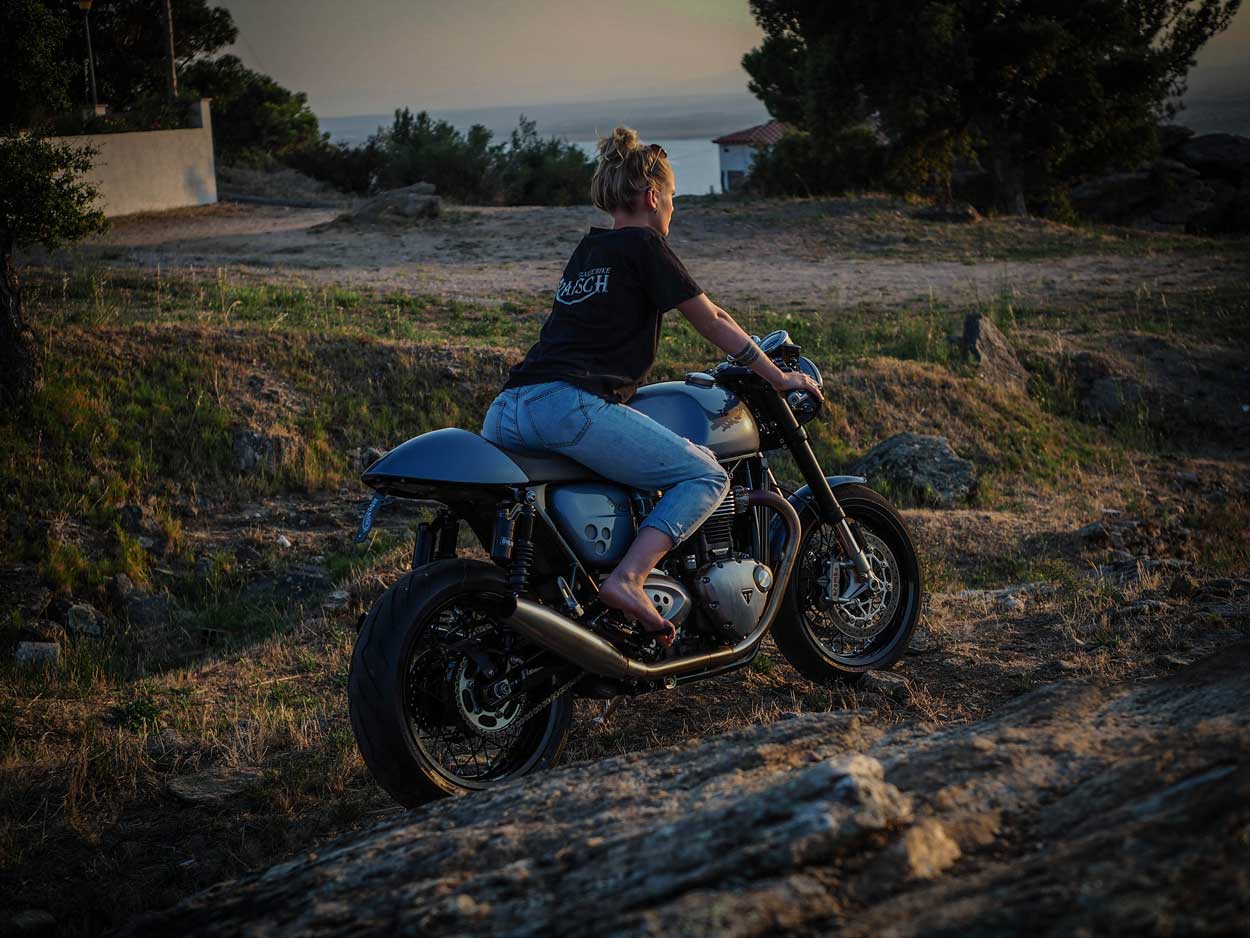 If you want more details on this and other builds, contact the team at Classic Bike Raisch, I’m sure they are more than willing to help.