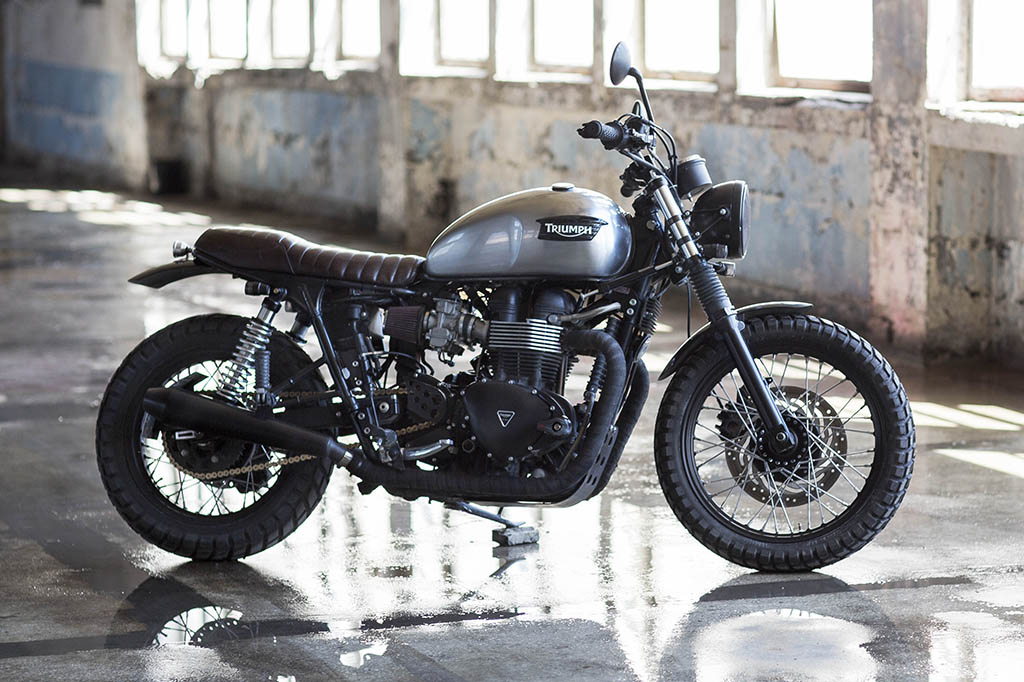 Last time we featured a build from Turkey based Bunker Customs it was their very attractive 2014 T100 Cafe Racer, which was a firm favourite for many, myself included. Their new build is again based on the T100, but this time a 2012 model, who’s owner wanted his Triumph turned into something more ‘raw’. 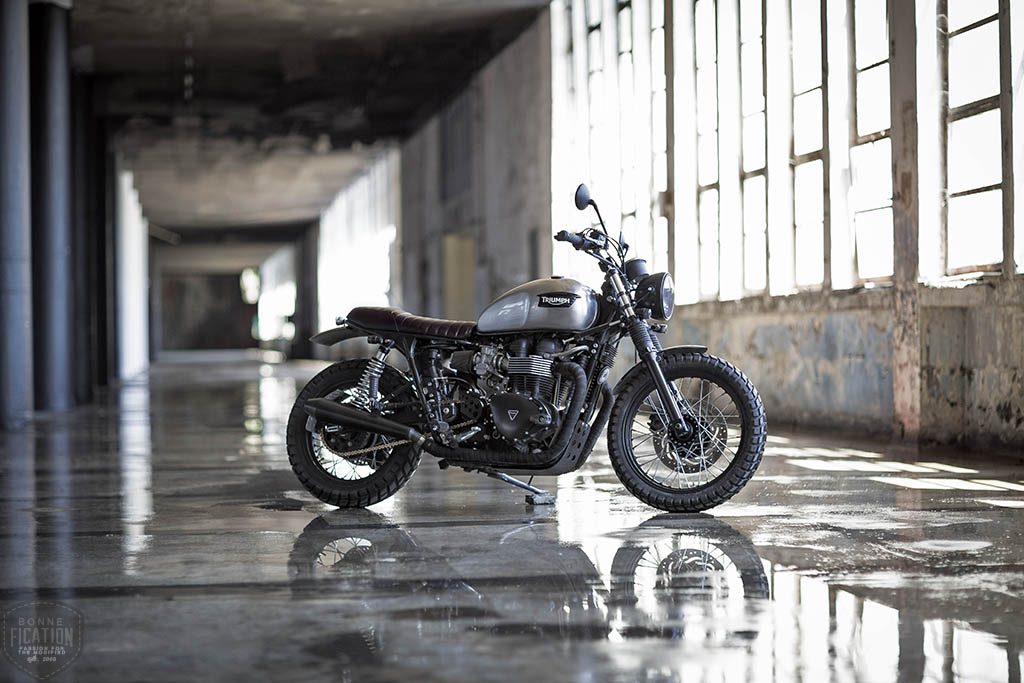 The raw, stripped down look has been popular in the Triumph Twin scene for some time, which is no surprise as the Hinckley Twin has nothing to be shy about when naked. This Bunker build is a good example of the style if anyone is looking at doing the same to their own Triumph Twin. 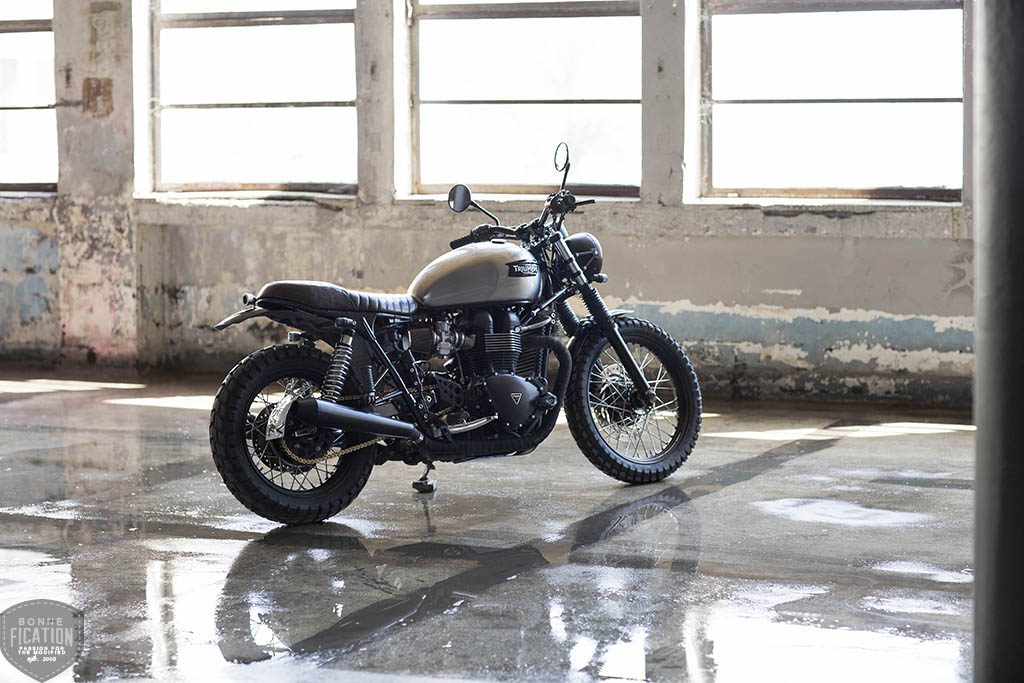 To start, this T100’s frame underwent the usual shortening and looping before being fitted with a custom seat, which has been covered in deep brown ‘big textured‘ leather. Both front and rear OEM mudguards are gone, being replaced with a set hand-crafted in aluminium. 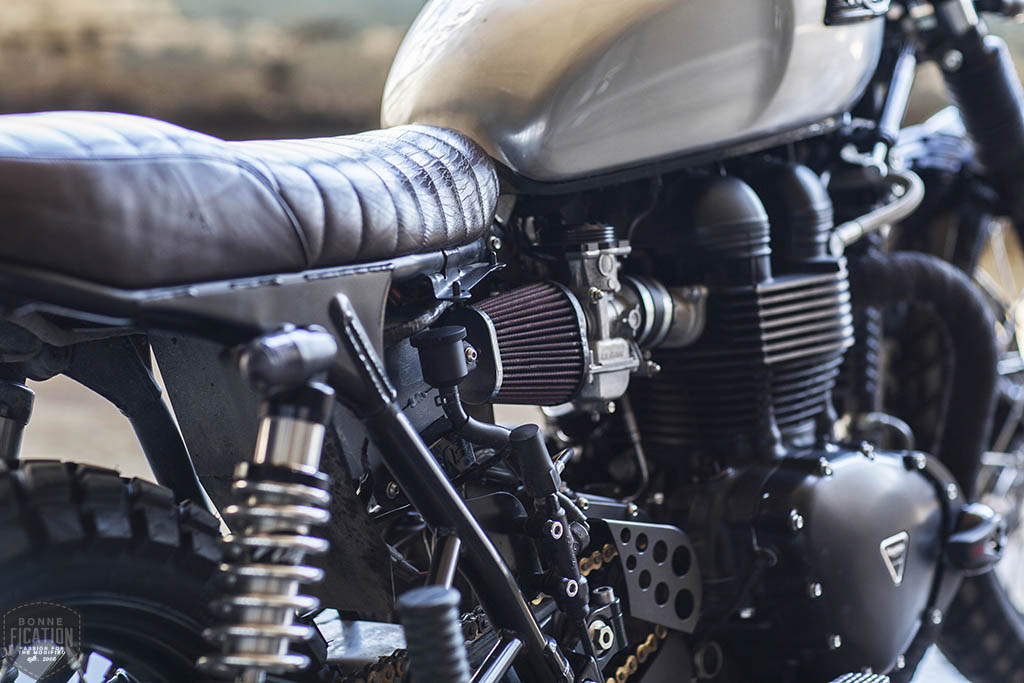 To give the Triumph the very popular and desired look of exposed mechanicals, the air/battery box was replaced with one from British Customs, with the side covers being left off exposing the T100’s new set of K&N filters – which when paired with a British Customs exhausts and a remap, bumps the  T100’s power upto 82bhp. Though the open look is attractive, it does let in the water causing all sorts of electrical issues, so be warned – replacing the stock relays for sealed units can help reduce this problem. 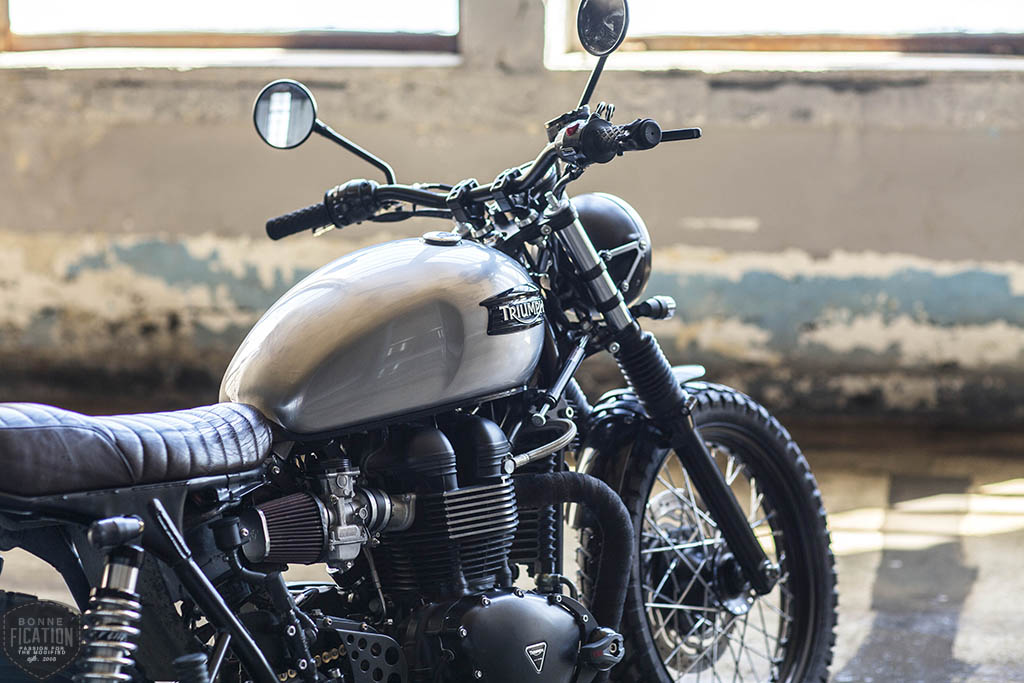 Continuing the raw theme, the T100’s petrol tank received some monotone attention being given a brushed metal effect, contrasting vey nicely against the Triumph’s  de-chroming which has been extend to the tank badges. The stock bars have been replaced with a set of black Biltwell’s, fitted with the stock controls. On this occasion the OEM speedo from the T100 twin gauge cluster made it back onto the bike, being fitted to the T100 using a ‘single gauge‘ bracket – keeping the original speedo and simply relocating is a great cost saving alternative to buying and fitting an aftermarket unit, more so when working with a CanBus model twin such as this. 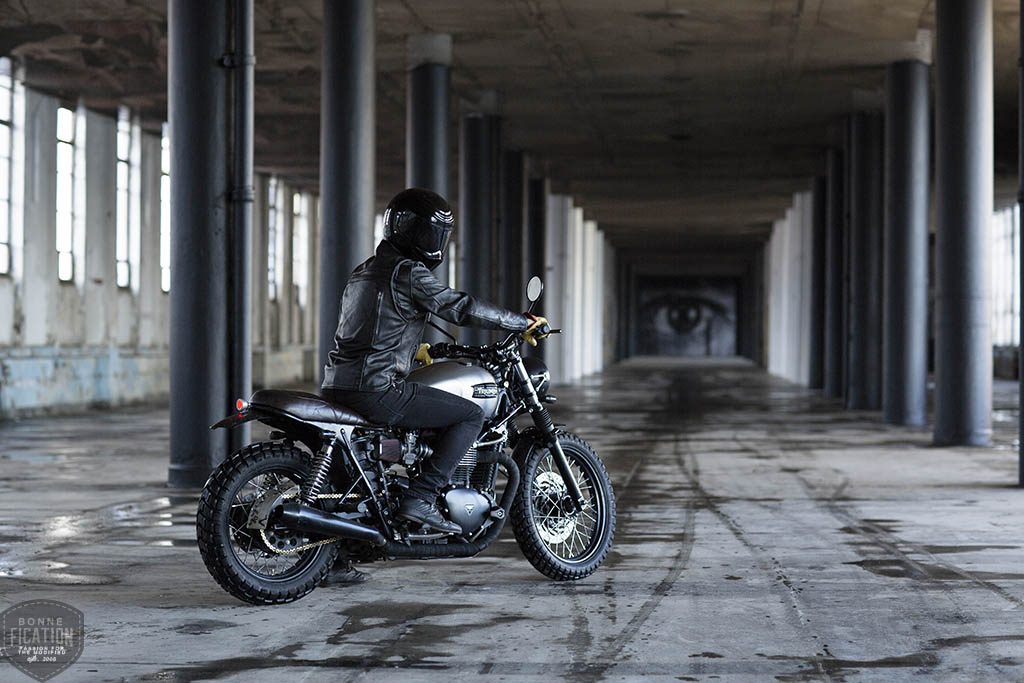 Other details on the build include; Norman Hyde steering damper, cafe racer headlight brackets, obligatory mini turn signals, sprocket cover, LSL engine sliders and a side mounted numberplate bracket. The suspension has been upgraded with a set of xHagon Nitro’s at the rear and progressive springs at the front. The finished bike sits on a set of black coated wheels shod with GoldenTyres GT201’s. 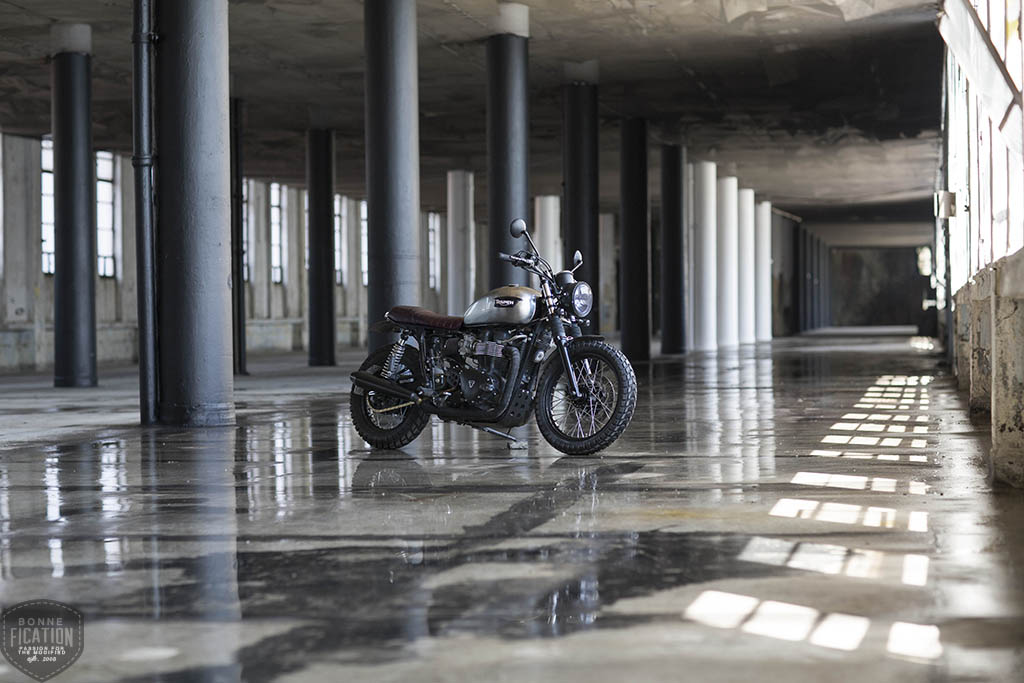