Friday was the preview night to this years BSMC (aka The Bike Shed) ‘new wave‘ motorcycle show, an event which has gone from strength to strength since the first show in May of 2013. Though back then the ‘Event‘ was a lot smaller and inportantly free to both exhibitors and visitors alike. 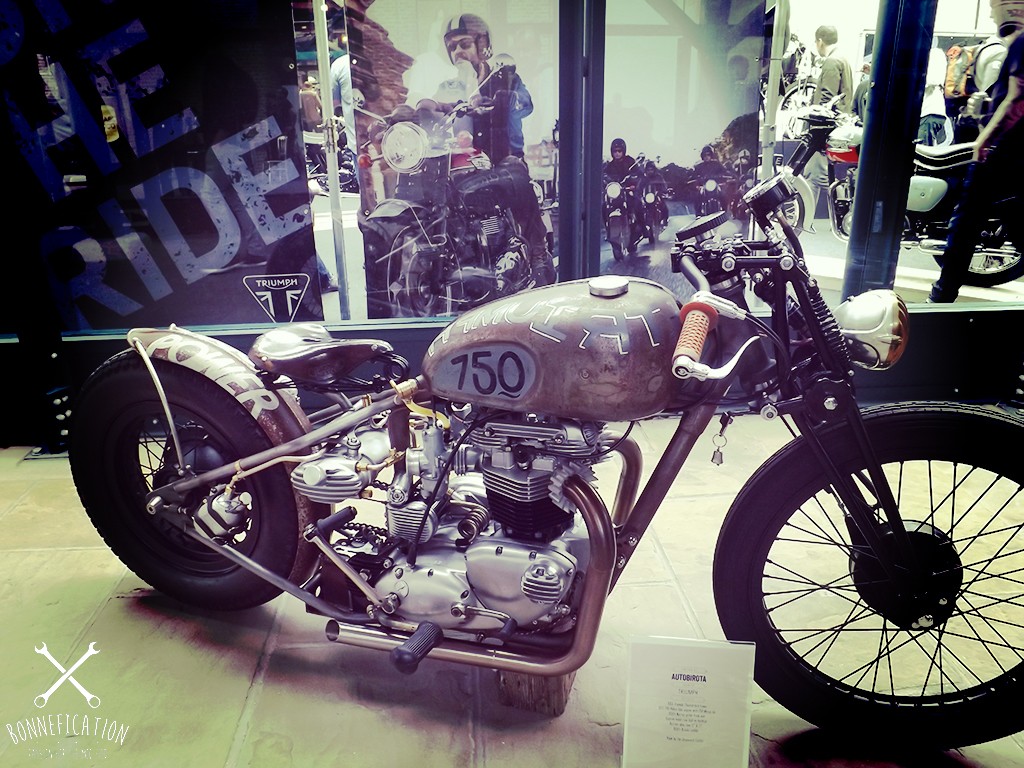 Two years and five shows later you can now not only visit a BSMC event in London, but in April the BSMC crew crossed the channel and set up a show at the Carreau du Temple in Paris. And it doesn’t stop there, with BSMC’s show planned for Madrid, Berlin and possibly Los Angeles. Clearly making the ‘Event‘  pay-to-view, as well as charging builders to display was a good money making idea for the BSMC.

This and their planned quarterly magazine should go a long way to help the BSMC crew to expand into their planned 9,000 sq ft venue in east London’s trendy quarter of Shoreditch, where they can show the world a range of custom motorcycle built by others, while punters eat and drink artisan burgers and beers and perhaps get a £30 haircut, but I trust not at the same time. 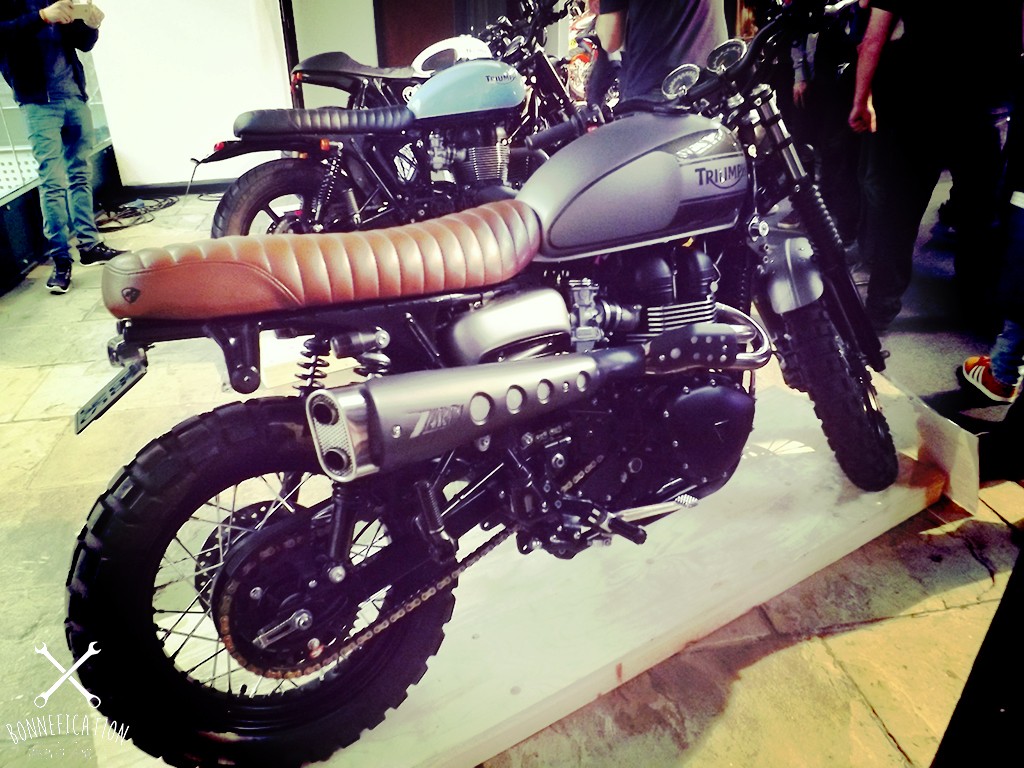 Moving away from their roots in Shoreditch, this years event, like last year was the trendy Tobacco Docks in the City of London, a venue which was built in the early nineteenth century as a bonded warehouse designed to offer security for precious and highly desirable goods contained within. Today its now the chosen location to show a selection of precious and highly desirable motorcycles surrounded by nineteenth century industrial architecture. 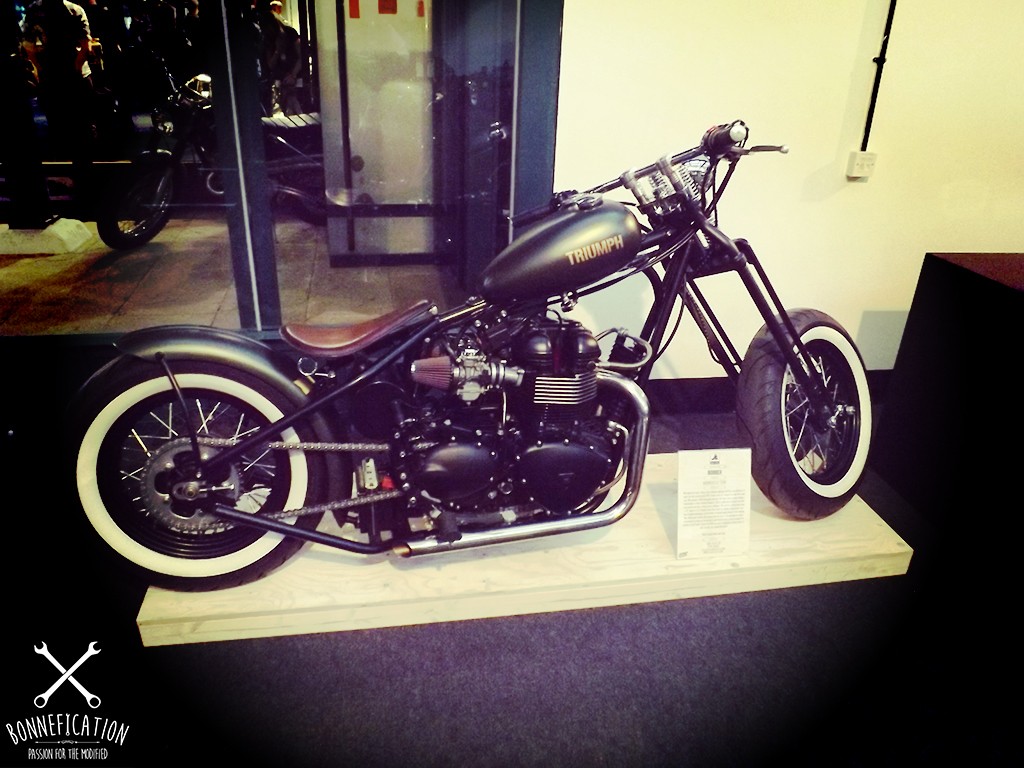 The selection of bikes at this years show was as diverse as last, with old faces making an appearance again for this years event. I did notice that there were plenty of BMW’s, with notable builds from Ton-Up garage , Down and Out and Side Rock Cycles, all demonstrating that the classic german machine is the bike of the moment, then it does have a great looking engine, which would be the jewel in crown for any build. There was also a showing of some really nice and unmolested classics including a Triumph TT and an original 1970 Flat Track Triumph. 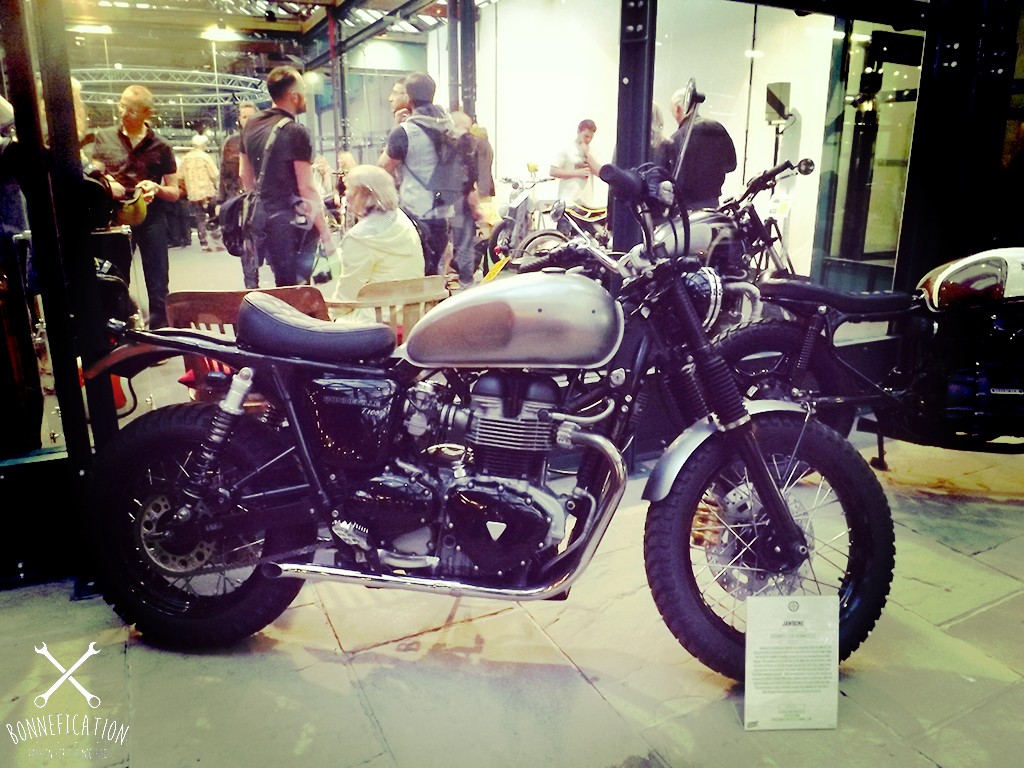 I returned to the Tobacco Docks on the Saturday, thought I nearly wasn’t allowed in due to my name disappearing from the guest list and even a call over the ‘crew‘ radio didn’t resolve the issue with a firm “NO ENTRY to Bonnefication” – clearly three years of supporting the show and allowing them to use images taken by Bonnefication only gets me one days free entry. 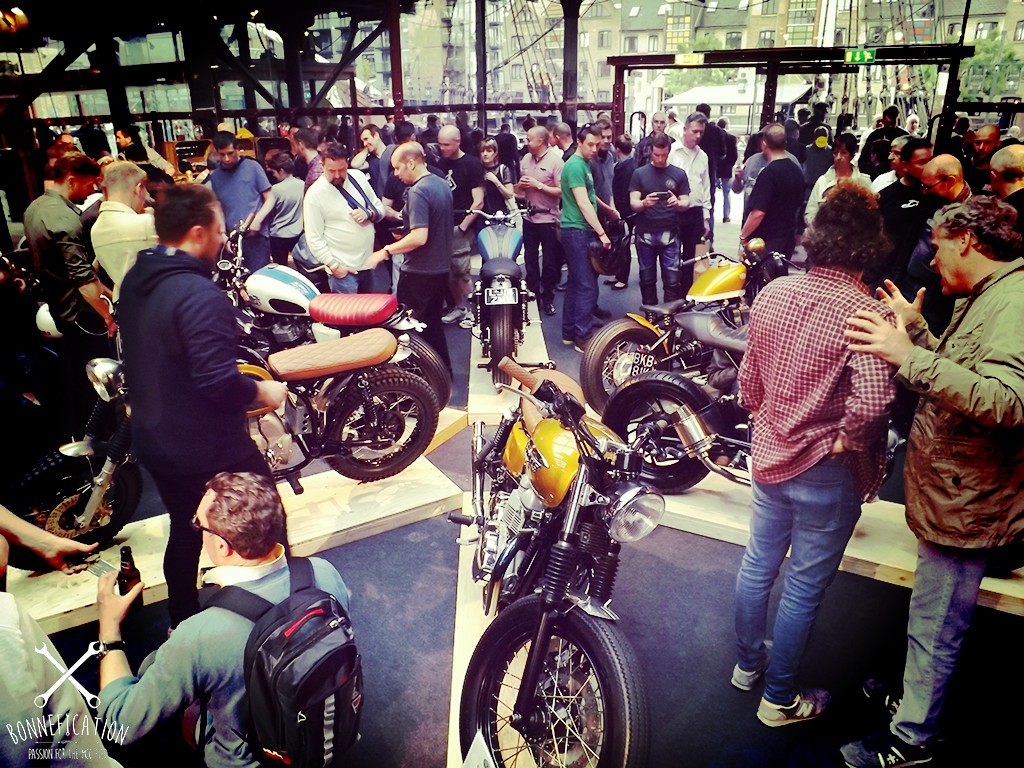 The issue was resolved due to my own quick thinking and once again I had chance to view the bikes and meet the people I missed on the Friday, including the guys from Macco Motors, Jawbone, Bell, Dave at Jack Lilley, Shaun and crew from Down & Out as well as Sam from Motone, though after meeting so many people I started reintroducing myself to people I had already met… then thats beer for you. 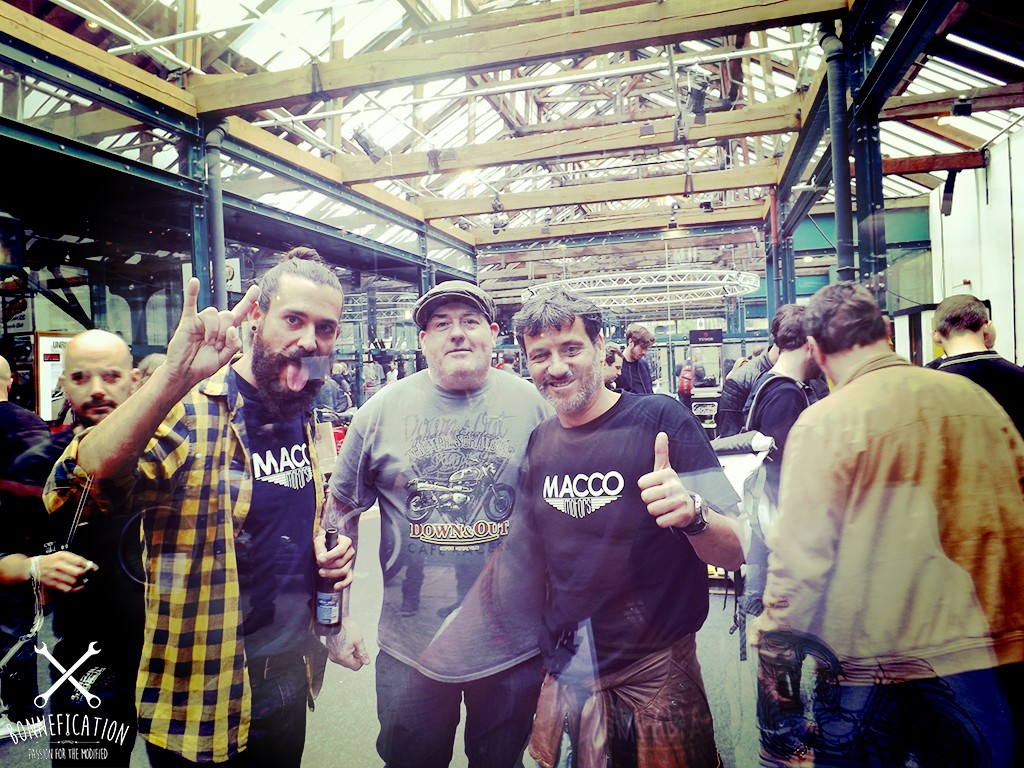 The crowd Saturday was impressive, often making it hard to view the bikes but by mid-afternoon the crowd had thinned, making it possible to take a another look at a few gems as well as few details of the bikes on show, which often reveals a few dirty secrets that a well taken photoshoot hides. 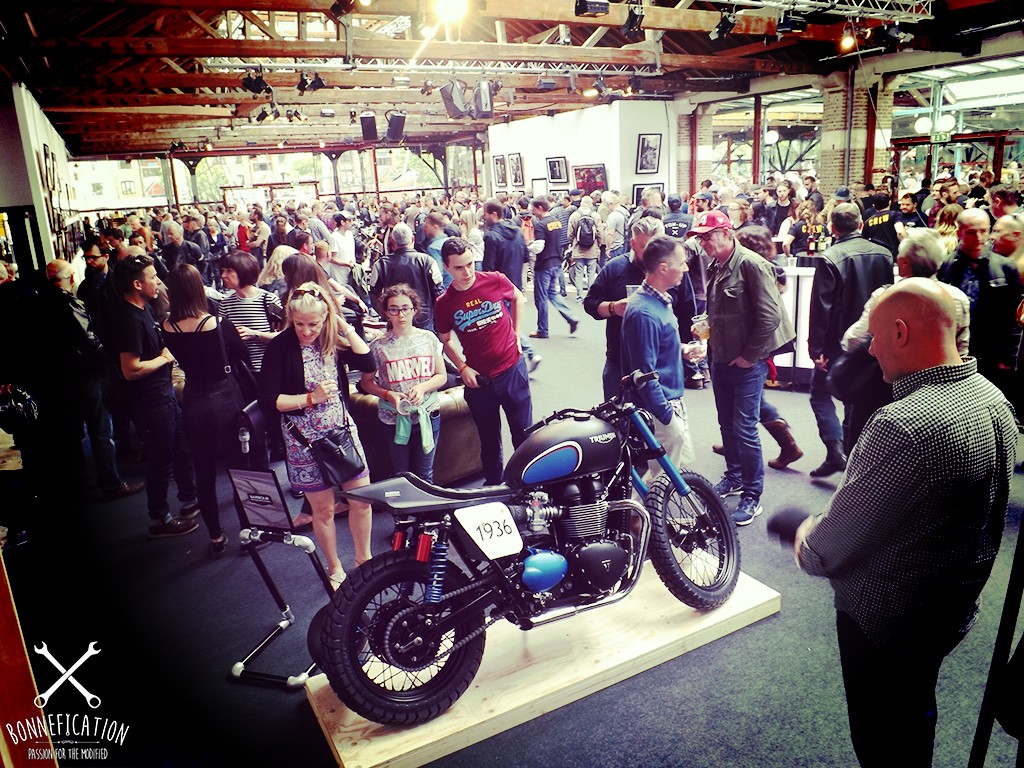 The Triumph Twins on show was a big improvement on the first event in 2013. With excellent builds from both Macco Motors, Down & Out Moto as well as Alo’s, Jack Lilly and Jawbone who brought along a modified T100. Other features at the show was a chance to enter Motolegend competition to win a very nice David Beckham T100 replica, something I was keen to do. 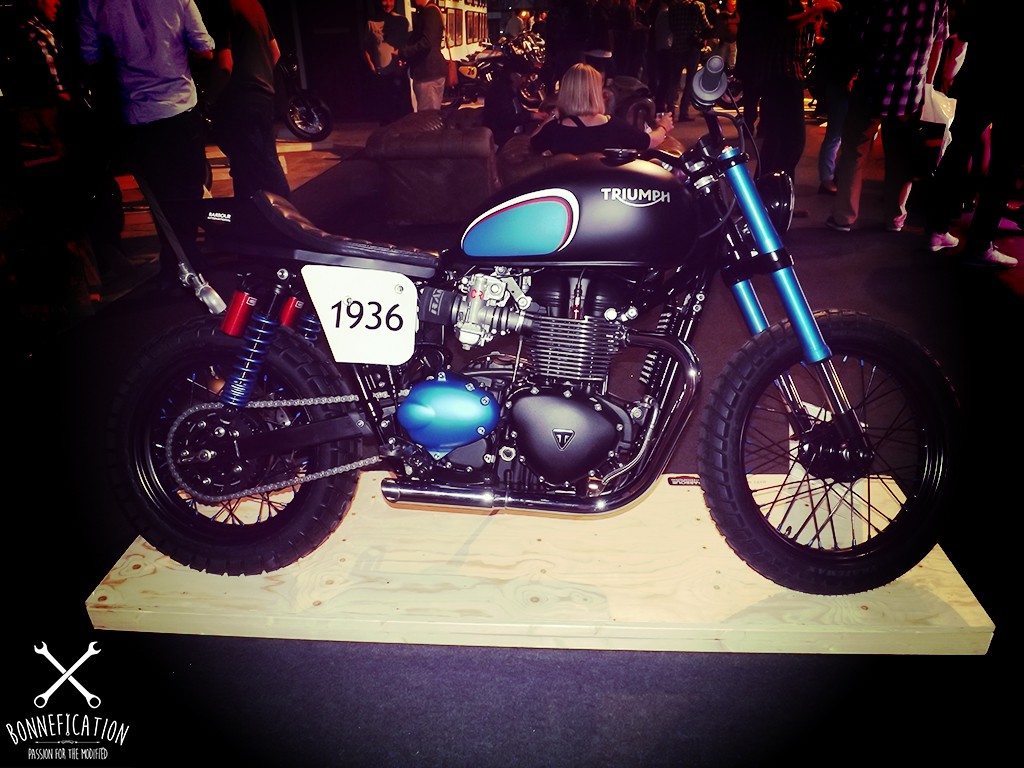 The BSMC show was also my chance to finally get to see TFC1 and TFC2 from last years Triumph Biker build Off. The level of detail and finish on these two machines is staggering, a level of detail thats wasn’t lost on many bike builders at this years show. Once these bikes have done the rounds, I might see if I can get to ride them, fingers crossed.

Overall a good show, though my need to see more bikes left me disappointed. I did think it would be bigger this year, as there was space for plenty more bikes in the area the BSMC had rented. Perhaps a less prestigious and fuller venue is the way forward. 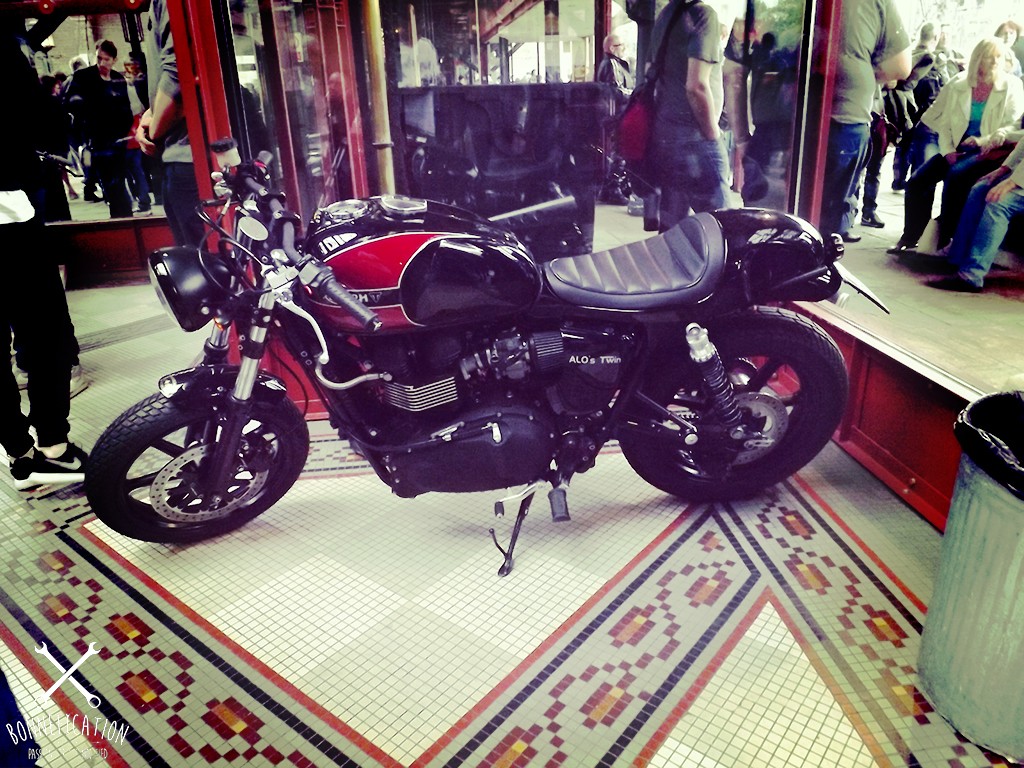 Maybe that would lower the fees those displaying bikes would need to fork out. Add to that getting and staying there could put a serious dent in the average bike builders pocket, good for the BSMC, not good for the industry. 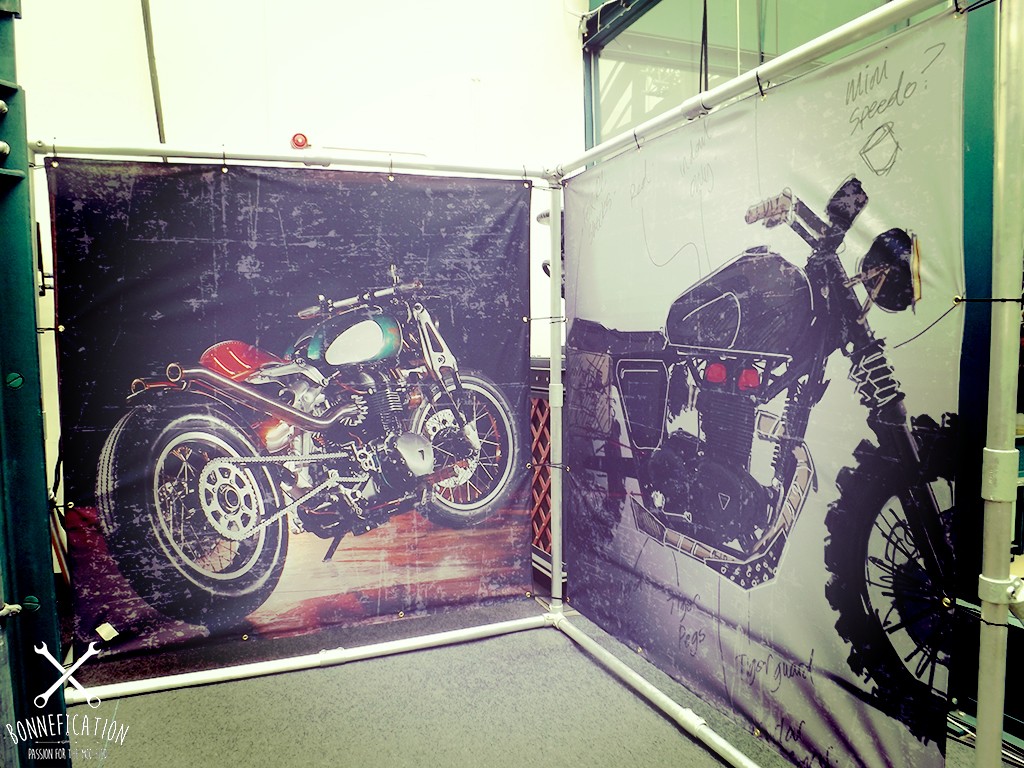 The highlight of the BSMC show for me was getting to meet the people who I have spoken with over the last seven years of doing Bonnefication and that alone made my weekend and the expense of getting and staying there worthwhile. 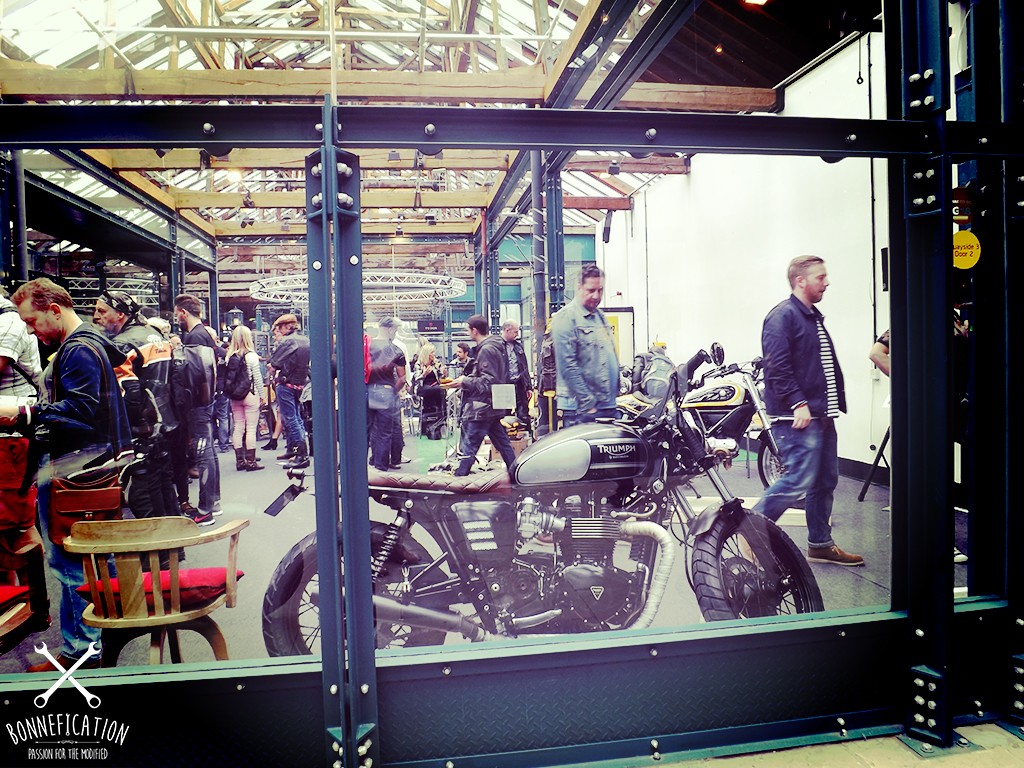