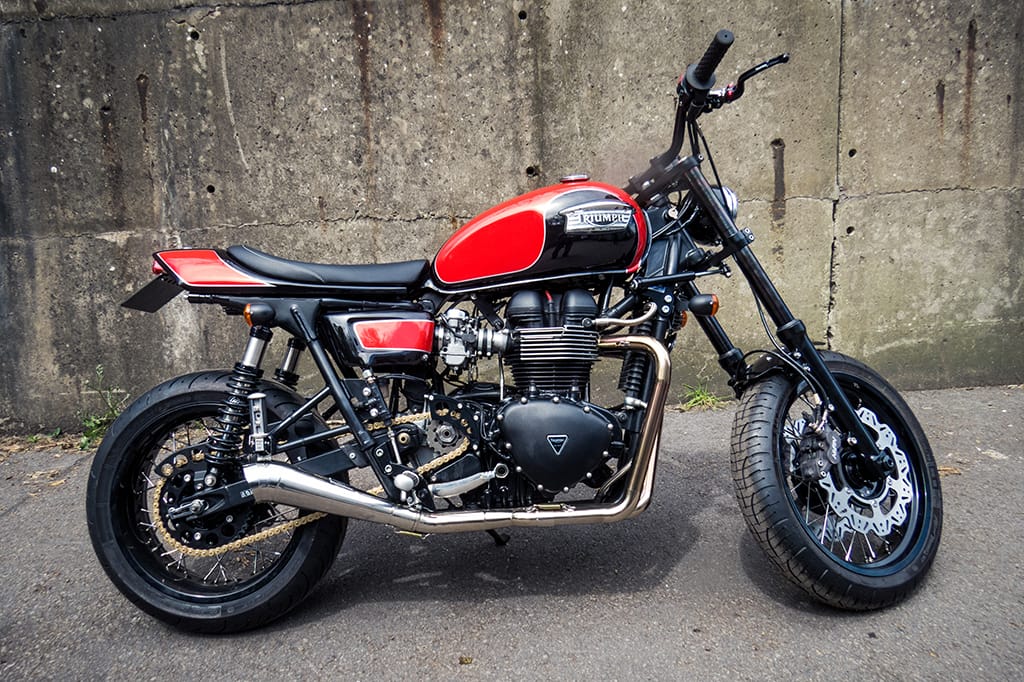 Guilford, Surrey Based bike builders Two Wheels Miklos have been busy building another Mule Based Triumph Tracker, this time for client Jon –  who spotted the teams 2008 Mule Bonneville we featured in August of last year.  This build is based on a 2005 carb model Triumph Thruxton, with the ‘carburettor‘ model being something which Jon insisted on. 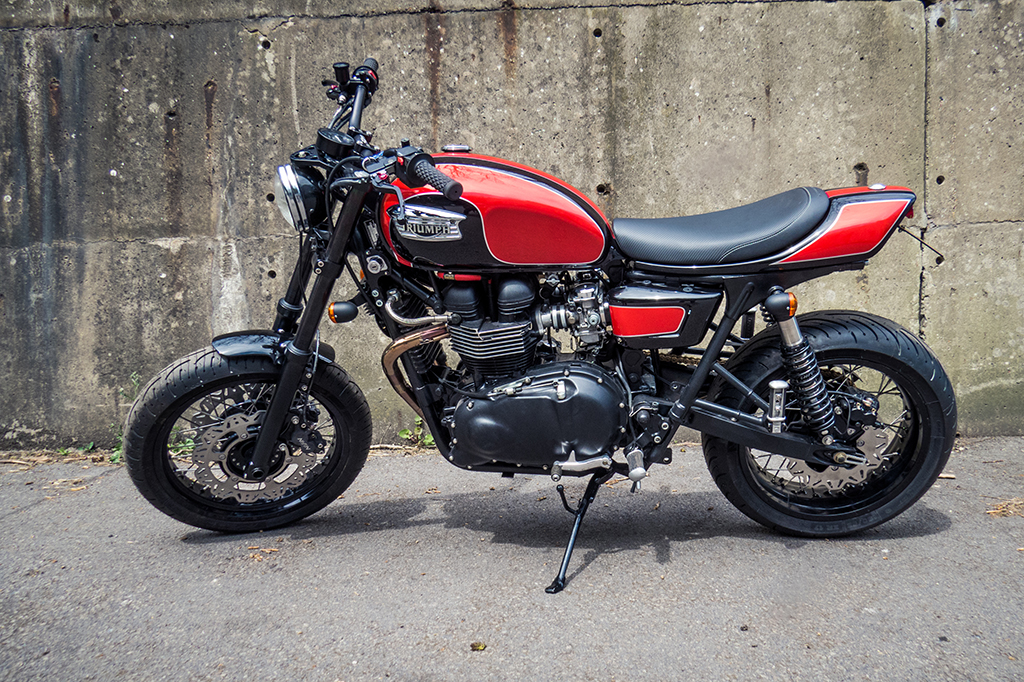 Once the Thruxton was in the capable hands of the team at TWM, the Tracker transformation began – first was to make the Triumph taller so the 6’4″ Jon wouldn’t dwarf the bike. To achieve this the stock forks were swopped over for those from a Triumph Trophy, these being hard ground, chromed and black DLC coated‘ before being fitted to the Thruxton. At the back the stock and low budget springs were replaced with a set of Hagon Nitros. 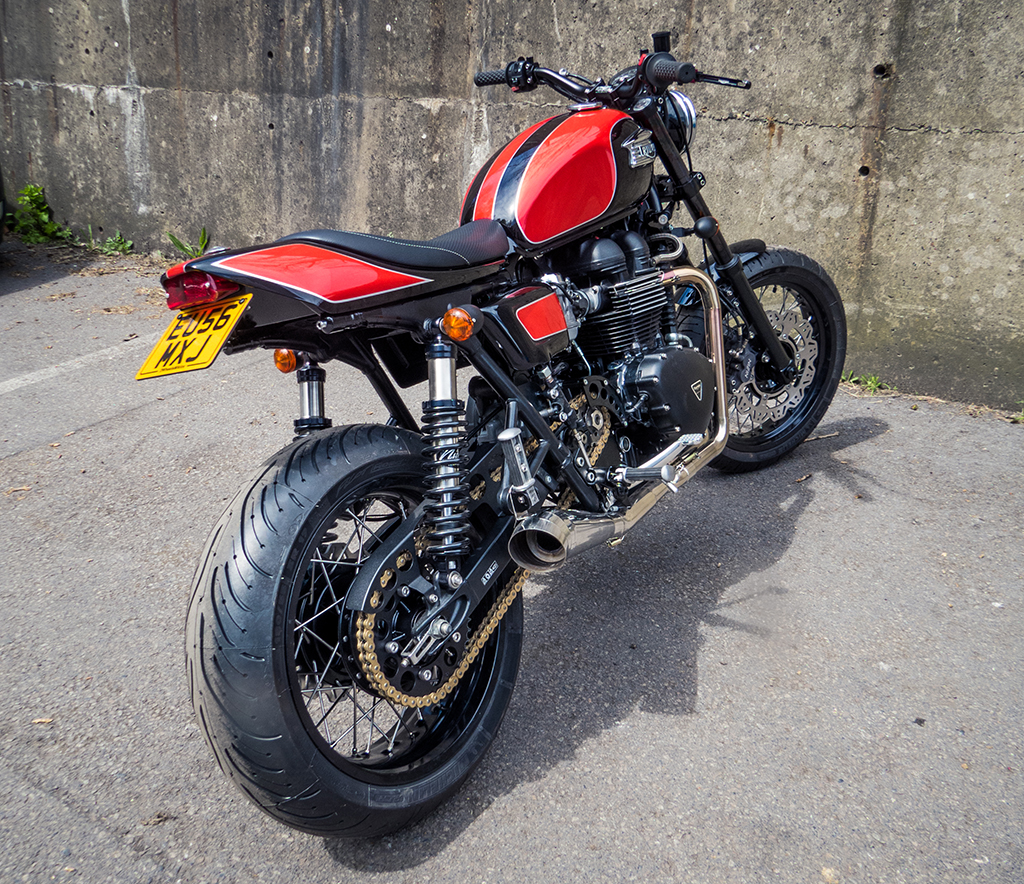 Client Jon also wanted the Triumph to sport twin discs to help improve the Thruxton’s lacklustre braking. This was achieved by using a hub from another Triumph, the Thunderbird Sport, which was laced to a 18” x 3.5” rim by the chaps at Hagon, and fitted with a pair of EBC wavy discs and shod with a set of Michelin Pilot Road 4GTs.

At the rear the new 17 x 5.5″ rim was also fitted with a EBC wavy disc of it’s own, with the calliper being sensibly relocated to above the swing-arm using the TTP Up ‘n Over bracket. 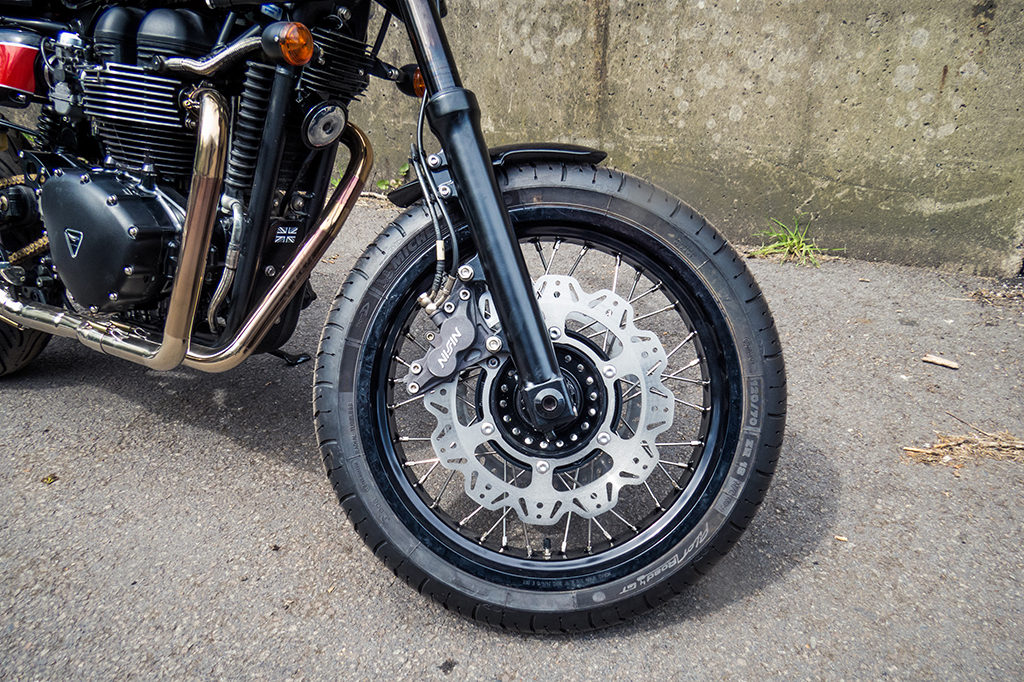 To give this Thruxton the ‘Tracker’ look Jon desired, the Triumph was chopped and fitted with the Mule Tracker seat kit ,  a kit which has an ingenious optional extra which would allow the bike to be swopped from the Tracker, back to the dual seat configuration, clever bugger that Richard Pollock! 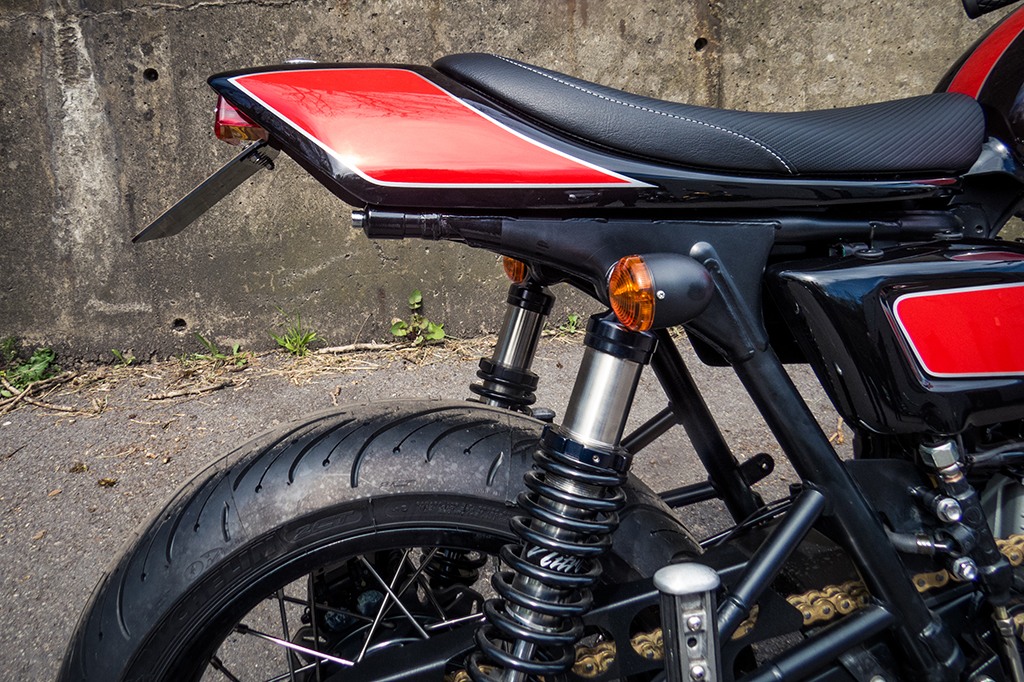 The trackers cockpit sports Renthal bars and clamps, with the bars being fitted with the stock switches, with the new levers and master cylinder coming from British Customs. The stock gauges are gone, replaced with a very nice Dark Edition Motogadget Chronoclass, which are a doddle to fit to these carb model machines. 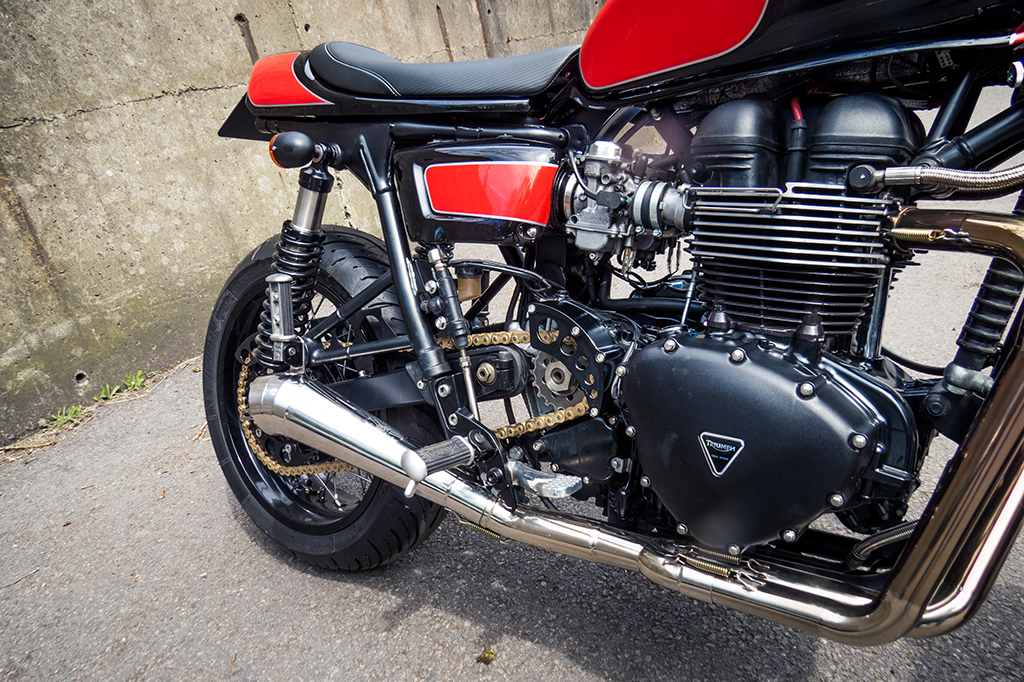 The 2-into-1 stainless exhaust headers fitted with shorty GP Style muffler was fabricated in house, and  finishes off the Thruxton’s new Tracker look.  The stock battery/airbox is gone, with the heavy stock battery being replaced by a Shorai Lithium item, and fitted under the new tracker seat. To help with the improved breathing the carbs have been fitted with DNA pods filters, which now hide behind the much shorter JVB Moto side covers. 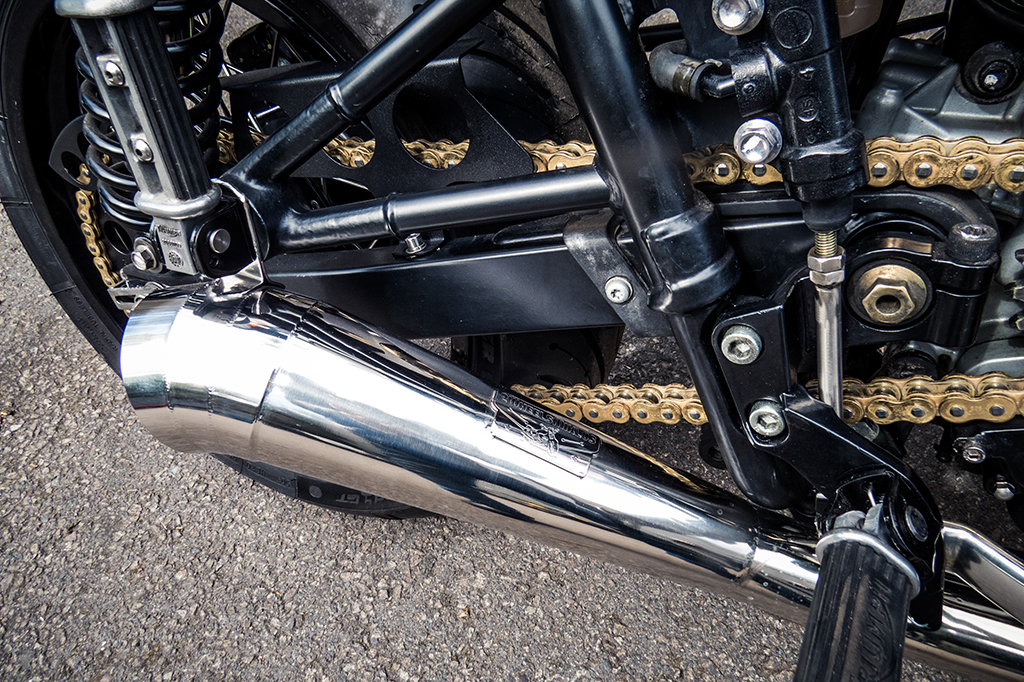 As usual this Triumph feature a catalogue of off-the-shelf parts such as a Norman Hyde steering damper, as well as the essentials including; ignition and rectifier relocation brackets, chain and sprocket covers, turn signals, Nology coils, leads and plugs – a JVB front mudguard and a Harley headlight with a Joker machine brackets. Final touch to this Truxton Tracker is a new red and black with silver pinstripe paint by Cycle Sprays…. nice!

Next
Down & Out – Street Twin