Tim Schofield
The guys (Monkeys) at Wrenchmonkees have done a seriously nice job on this… Monkee#32 which was built for a client in Holland. Wrenchmonkees have also been busy producing another Hinckley based twin for Hook Motors who are the exclusive distributor for WM parts and accessories of Italy – Hook Motors is the fruit of the collaboration between a designer, an unrested traveller and the Wrenchmonkees. Eager to share their passion for beautiful motorcycles and style, they are opening their first workshop, Hook Motors in Bologna.’

Lately the Wrenchmonkees have been focusing their attention on working on more modern motorcycles. Today they have release the very first pictures of the T100 that is sitting in my garage awaiting for her new home Atelier Hook Motors Bologna to be completely ready. The T100 is a pure Cafe Racer machine, low and aggressive in a beautiful British racing green colour. It has a long list of specs, but I will talk about it in a later post.

Today they have also published some picture on another amazing Triumph, this one is a naked and it is the one I wanted to talk about today. The list of specs is long: Kawasaki tank, Wrenchmonkees seat, Supertrapp exhaust, new handle bars and motogadget, new front and rear lights, new tyres, new front fender, custom battery box, Bitubo shocks, also the bike has been lowered of 3 cm. This one is going to Holland, but if you want a similar Wrenchmonkees Triumph for Italy, we can do that.

Go and take a look at the blog or if you are in Bologna, why not pop in and say hi. 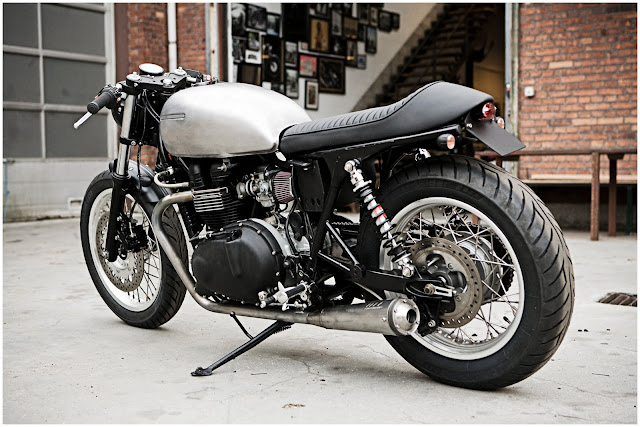 Built for a Client in Holland…. but if you want one similar and you live in Italy, give the guys a call 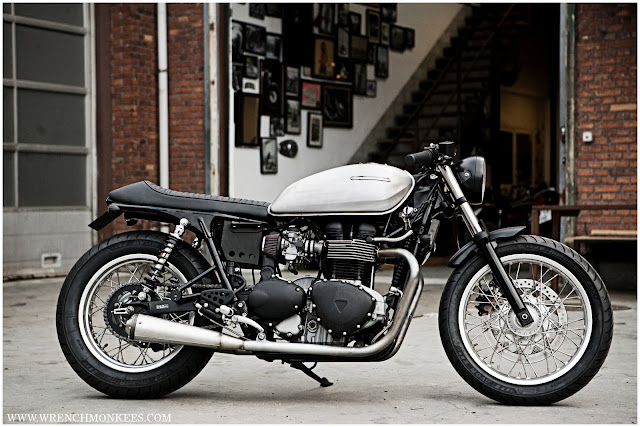 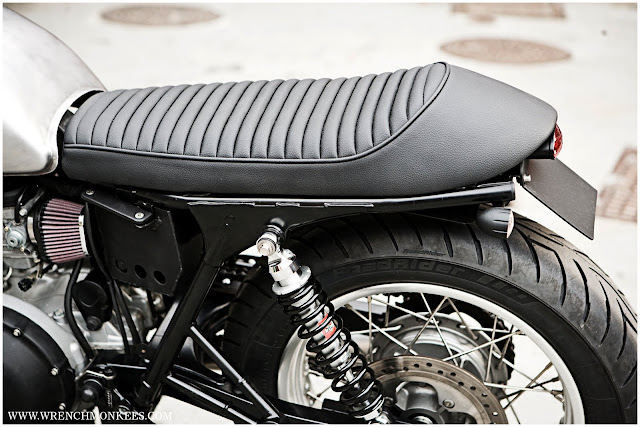