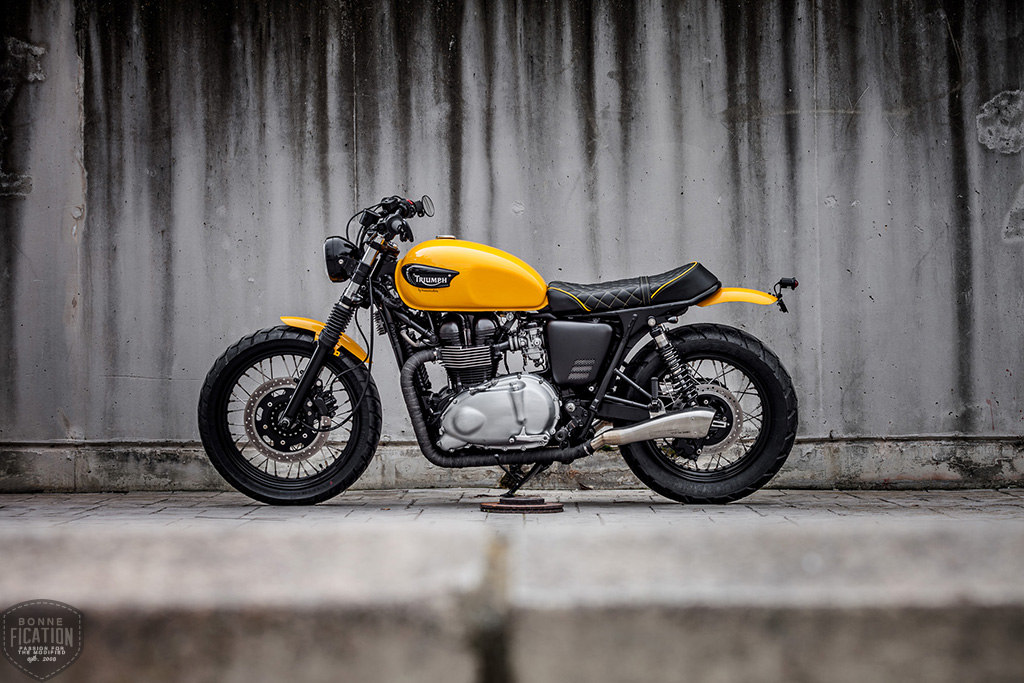 Owners of  Triumph Twin’s are a mixed bunch, in age gender and riding style, and includes those that use their machines as everyday commuters, or travel across continents clocking up thousands if not tens of thousands of miles – others will only ride on sunny days, their bikes traveling only a few hundred miles in a decade. 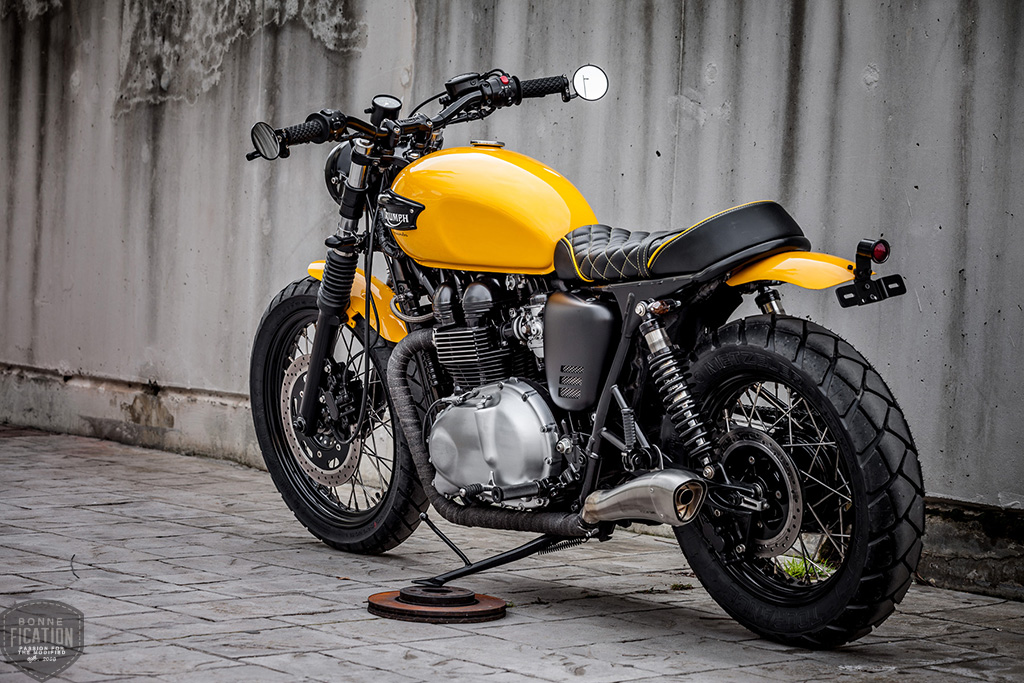 There are modifiers, changing all but the very heart of the machine with an aim to make them lighter, faster or just unique. There are the ‘purists’, believing even the new machines are motorcycling icons, and should be preserved unaltered, openly venting their anger when they come across the owner of a custom Triumph – and then there are those that follow no logical path, choosing to abuse and neglect a Triumph, such as the original owner of Macco Motors latest build. 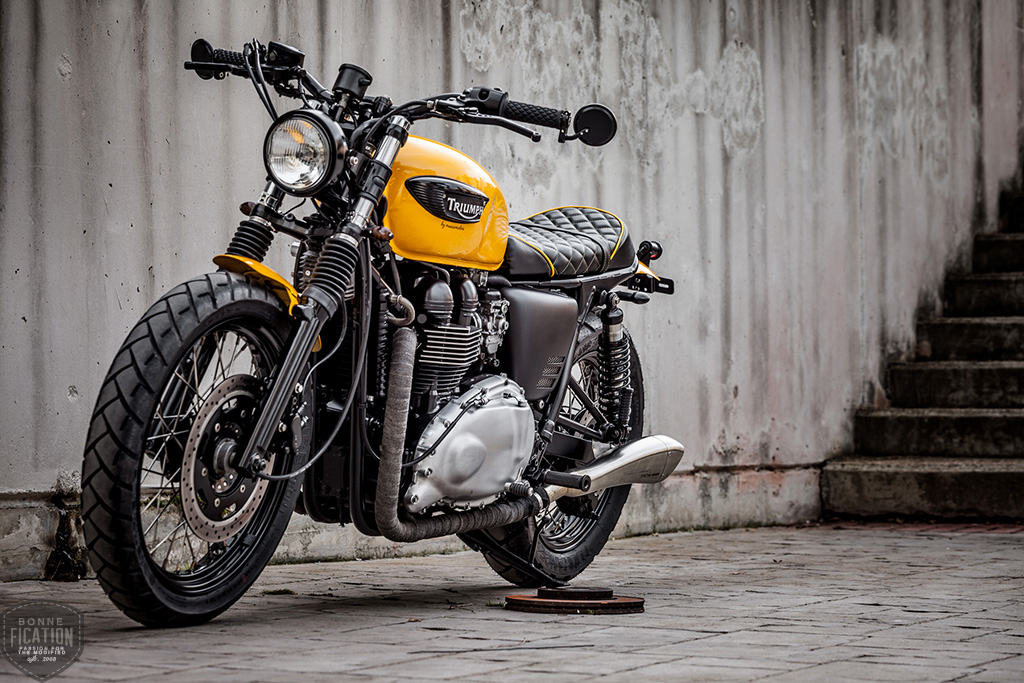 The Bonneville had been owned by a British guy who had not shown the Hinckley Twin much love in half a decade – but like all good stories there was to be a hapily-ever-after for this unloved Bonneville when it came into the hands of Nono. 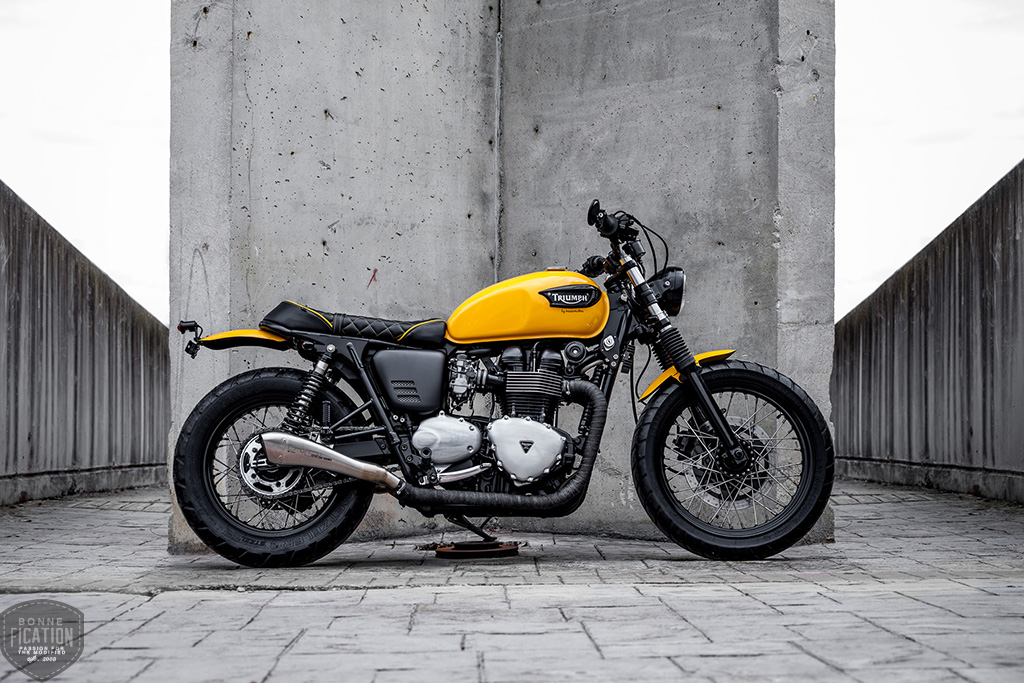 After rescuing the Twin, Nono shipped the Triumph to Cadiz, and into the loving hands of Jose and Tito. The Bonneville was dirty, greasy and in a sorry state. 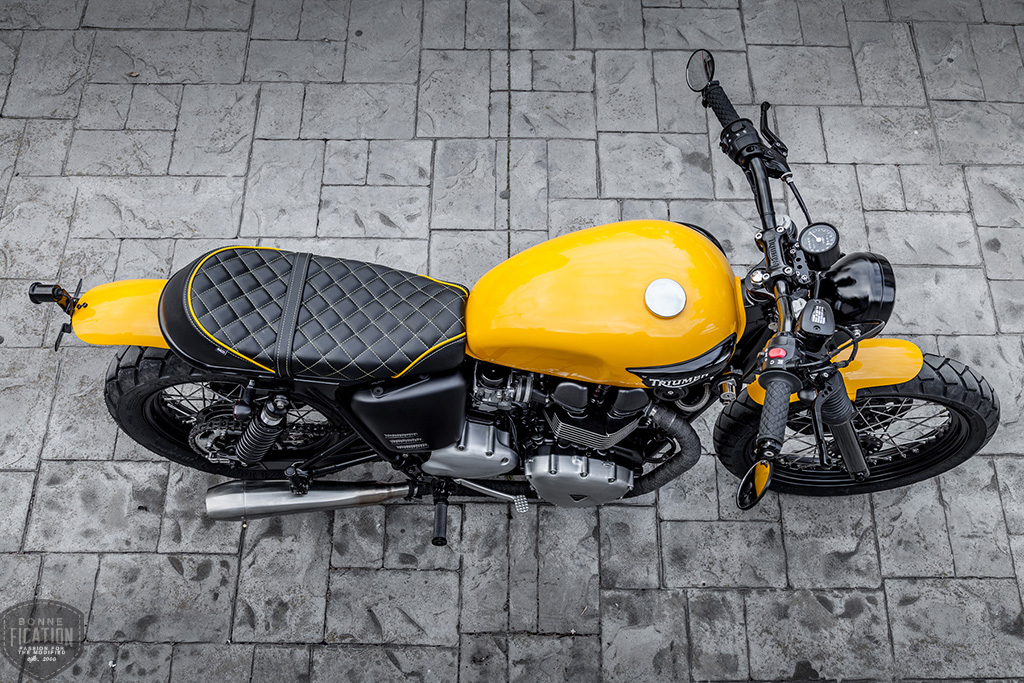 First was to strip the Bonneville down to it’s base components so they could be cleaned and repainted, though fortunately the engine didn’t need to be torn down, just given a bloody good service. 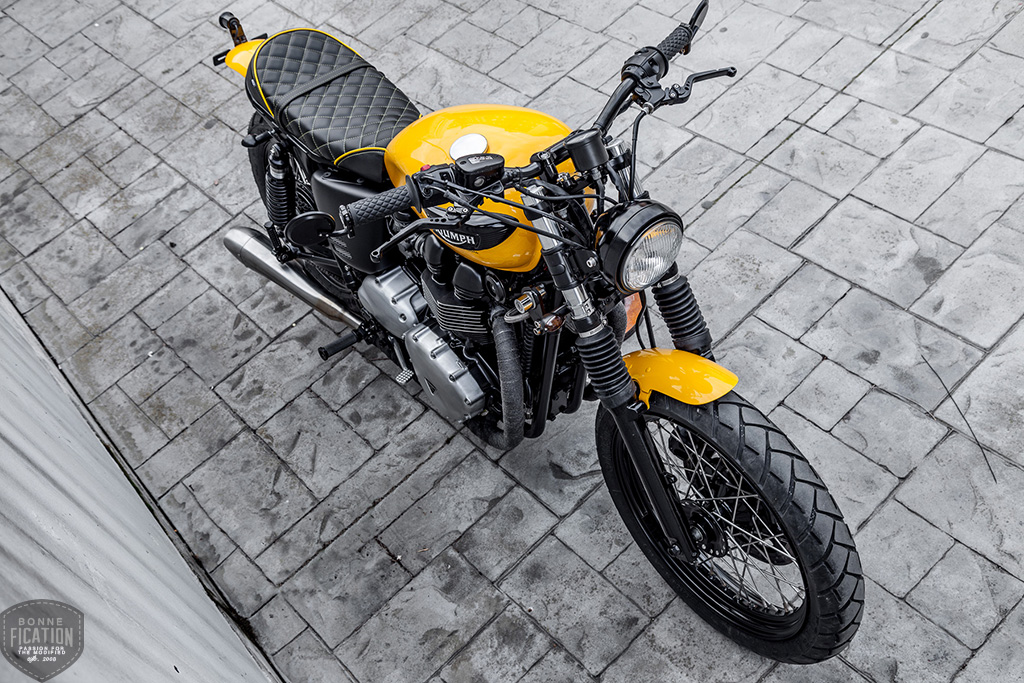 The bike was rebuilt and modified in the Macco Motors style, with the frame being chopped and looped and fitted with Macco Motors own mudguards. The side cover and are again Macco’s own and feature their distinctive meshed vents. 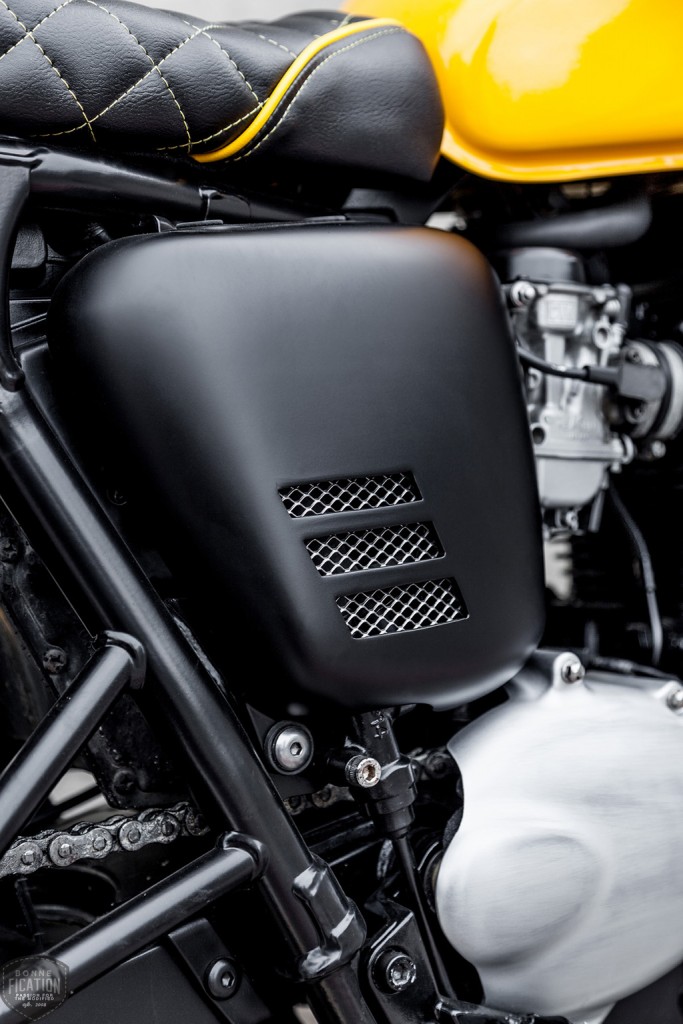 When purchased from it’s neglectful owner the Bonneville had been yellow, which is strange as I believe only the Thruxton came in that colour? which was called ‘Racing Yellow’, or perhaps ‘Scorched Yellow’  which was a rare beast I believe – anyway,  is was a colour that the Triumph’s new owner wanted to keep. 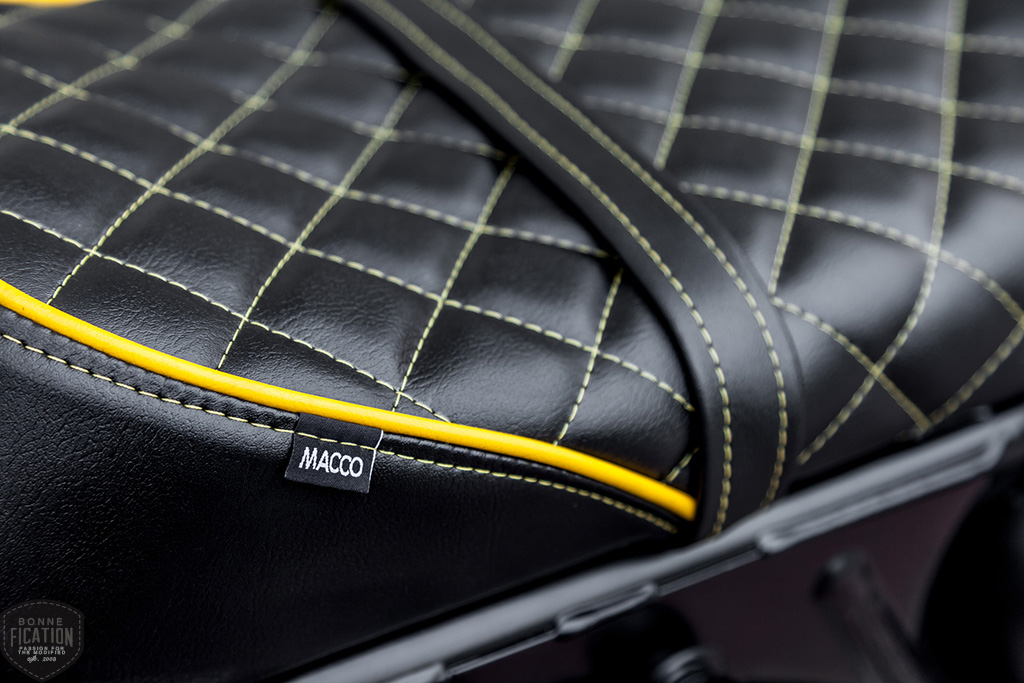 Many of Macco’s build use a more subtle monochrome colour palette, but Nono wanted to keep the bike the current colour, something which Jose and Tito loved, but opted for something a little brighter.The new shade of yellow now features on both front and rear mudguards as well as the piping and stitching in the custom made seat. The tank has been fitted with contrasting black tank badges which ties everything in nicely, but I do think you should of fitted a black gas cap Jose 🙂 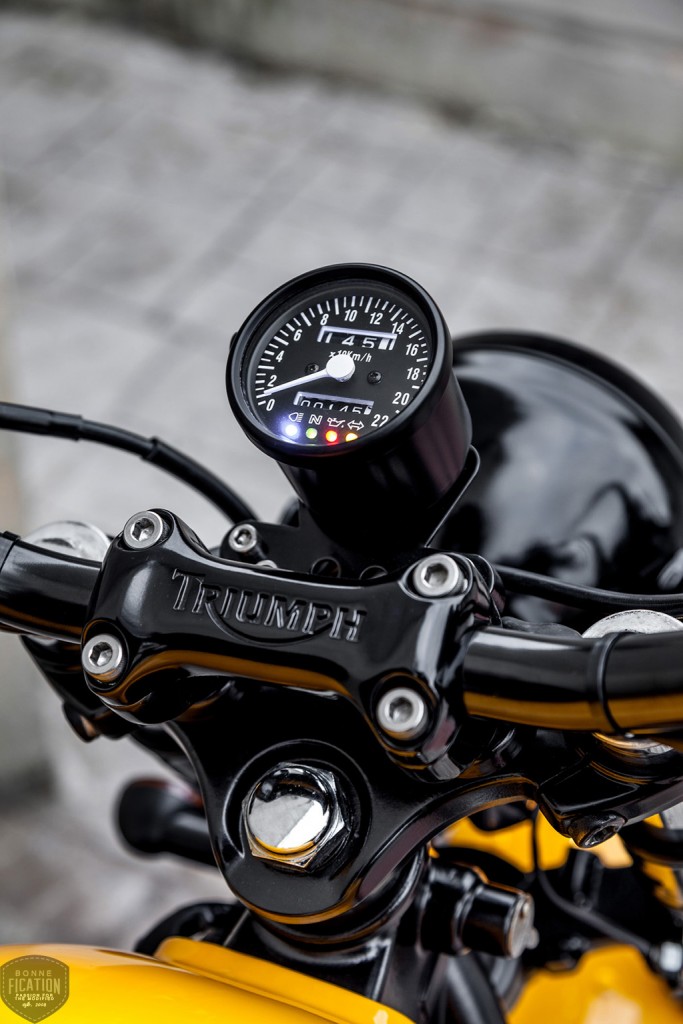 Finishing the build off is a excellent catalogue of parts and accessories including a set of HP Corse Mufflers which the guys at Macco adapted to fit, Biltwell grips, XS650 style Mini Speedo, Hagon Nitro shocks at the back and Hagon Progressive springs at the front. 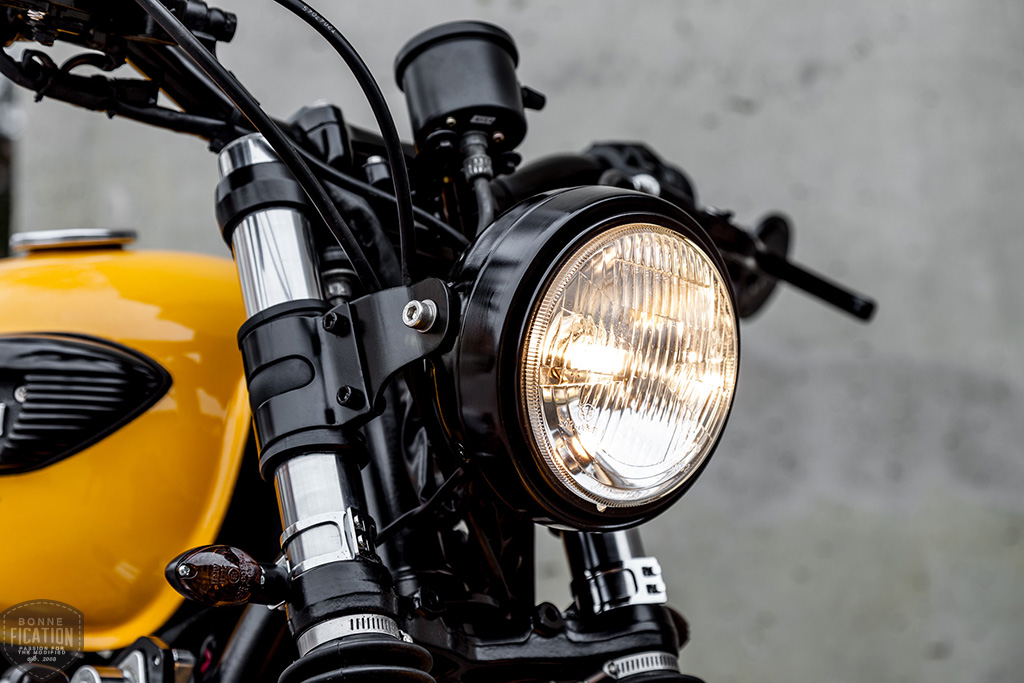 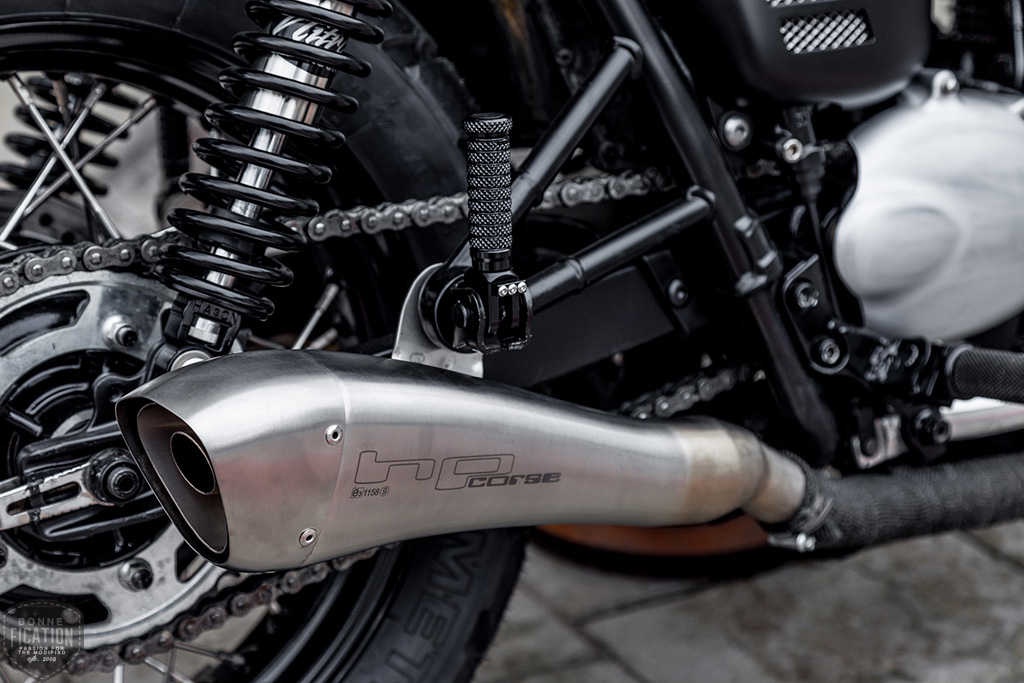 Photos by Sergio Ibarra from camarastudio.com