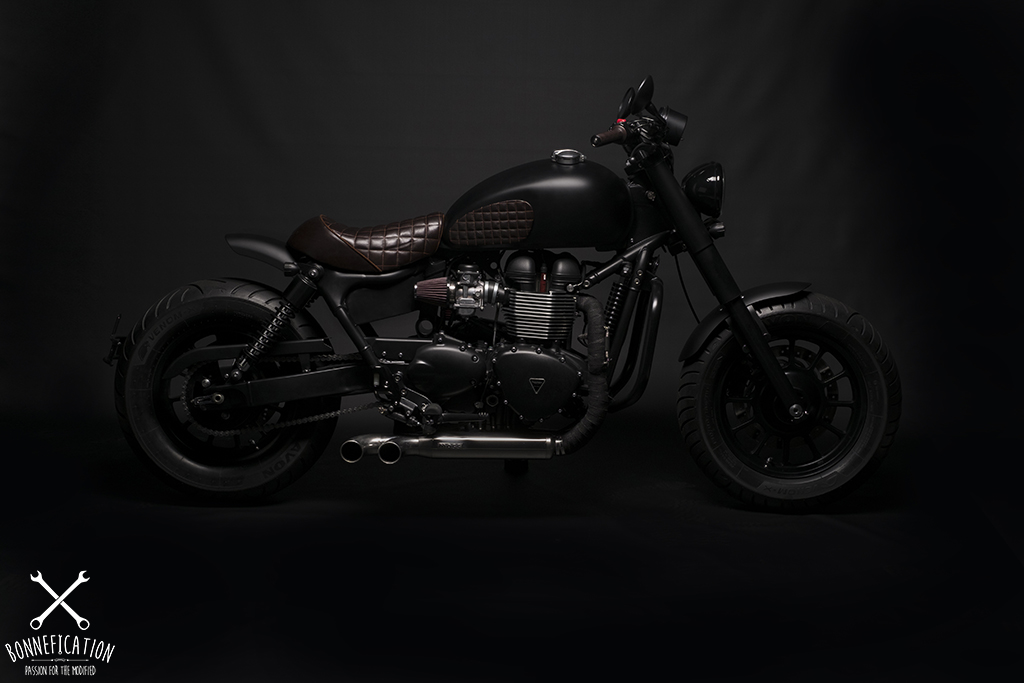 It was just over a year ago we featured a bike from the Moscow based Triumph dealer Granmoto – a dealer which loves to produces custom special for clients and of course themselves. On that occasion it was their brightly coloured 2013 Scrambler Special we wrote about, a Twin which which featured a pretty cool mono shock setup.  This year Granmoto have customised a 2015 Triumph America, a Triumph Twin not often seen on these pages. 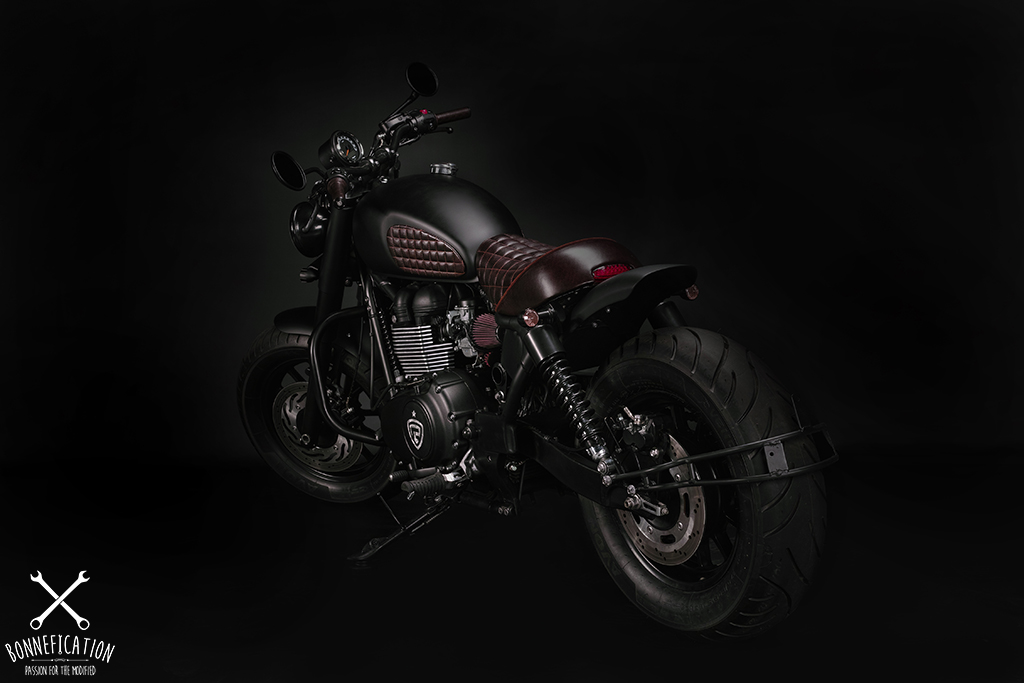 If any Triumph Twin needed to go on a diet the America would be first on my list. But once it has shed the pounds it can actually be one sexy mother – something which Philipp Khalimov the man behind Granmoto has proven. Philipps idea was to build a bike which would be blend of Triumph Cruiser, Classic and Sports bike. 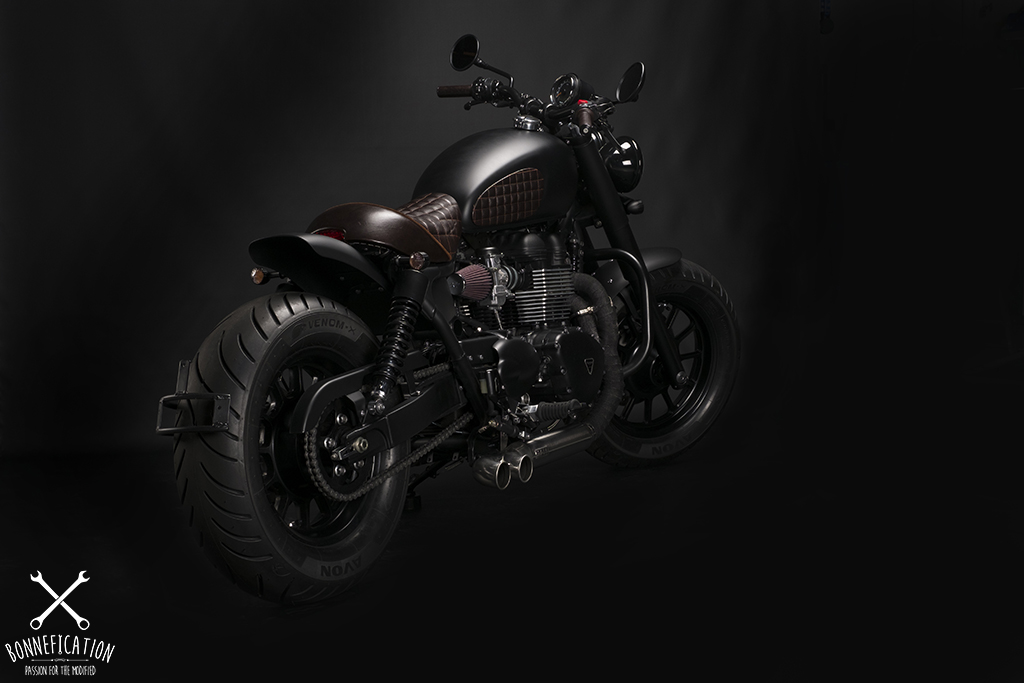 Personally I’m not as familiar with the America as I am with the Bonneville based machines, but Philipp tells me like the Classic Twins, the frame on this America was shortened, the airbox ditched and replaced with a custom battery box and of course K&N filters which have been paired with a Mass Truck exhaust. 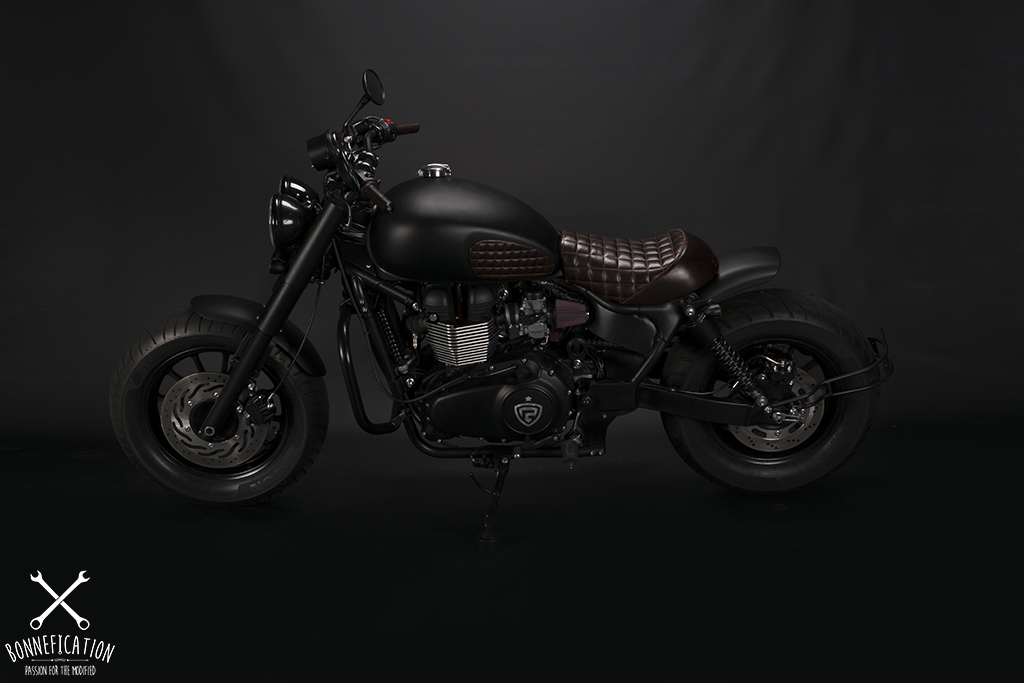 The large cruiser petrol tank which is a key feature on the America has been ditched for the more discreet item from the Bonneville. The tank has been painted satin black and finished off with a Monza style petrol cap and quilted leather knee pads which match the opulent custom single seat. 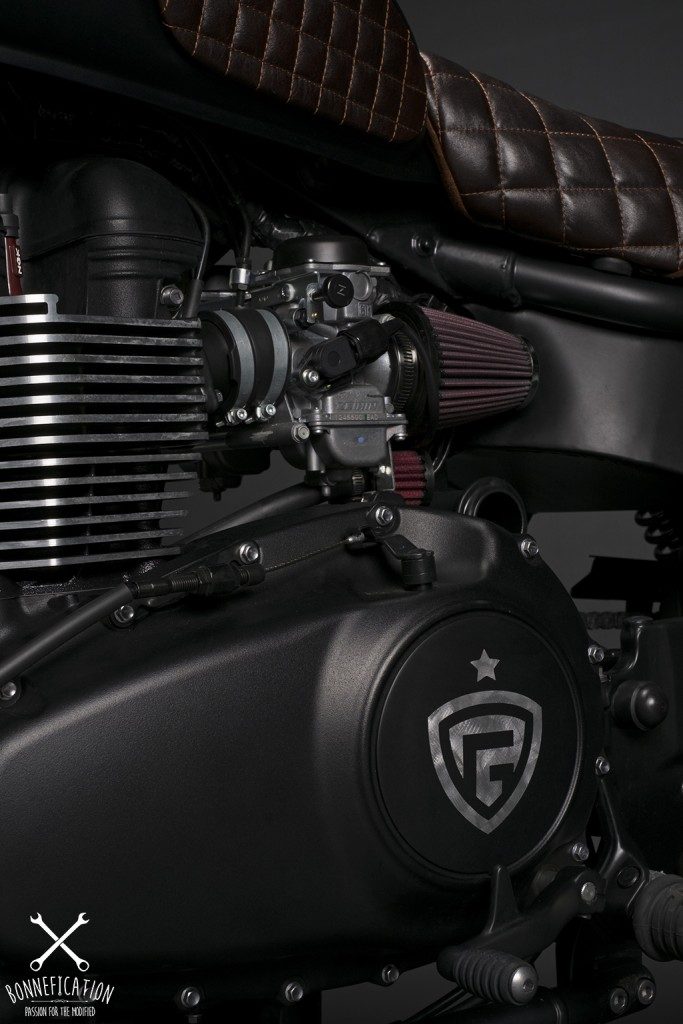 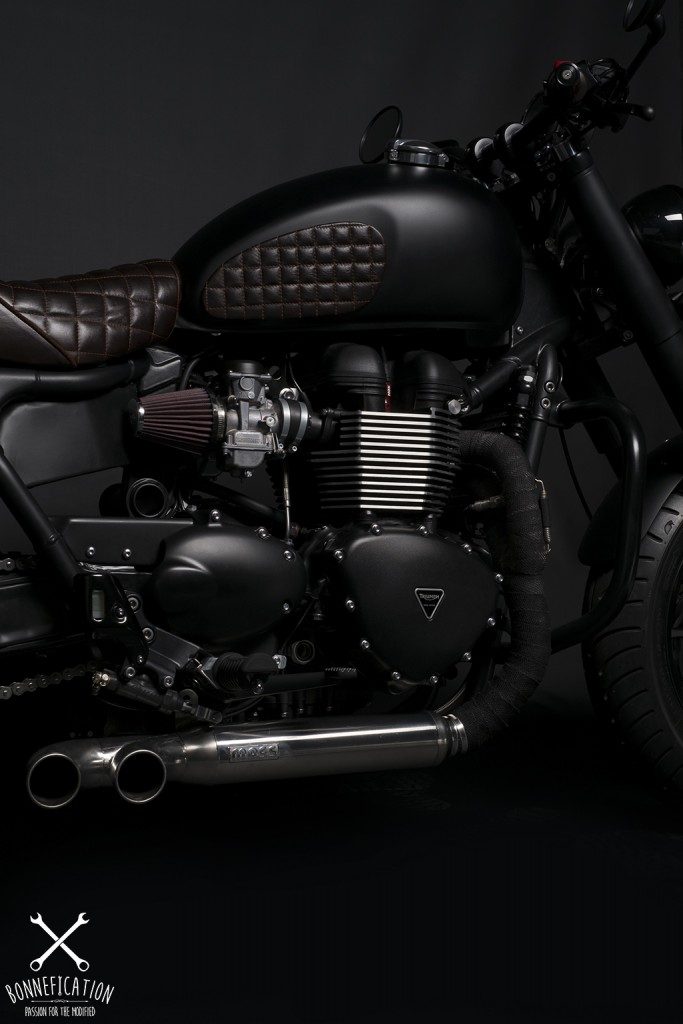 That opulent seat also houses the a new tail light as both front and rear mudguards have been replaced with short satin black items which give the oversized Avon Venom-X tires some breathing room. The stock turn signals have been ditched in favour of the black Shin-Yo Arizona indicators which were relocated to the rear shocks and below the Triumph Rocket III double headlights. Keeping with the dark theme, anything which was chrome has been blacked out.

To keep the bike narrow and to give the America a sporty feel, Philipp used handlebars from a Thruxton which have ben fitted with the stock control and levers and now look over a single Triumph speedo. Finally the foot pegs and controls have been moved  back to provide this America a riding position similar to a Bonneville.

Yes yes yes…. very dark pictures, but they do make the bike look cool. So for the inevitable moaners I brightened up a couple 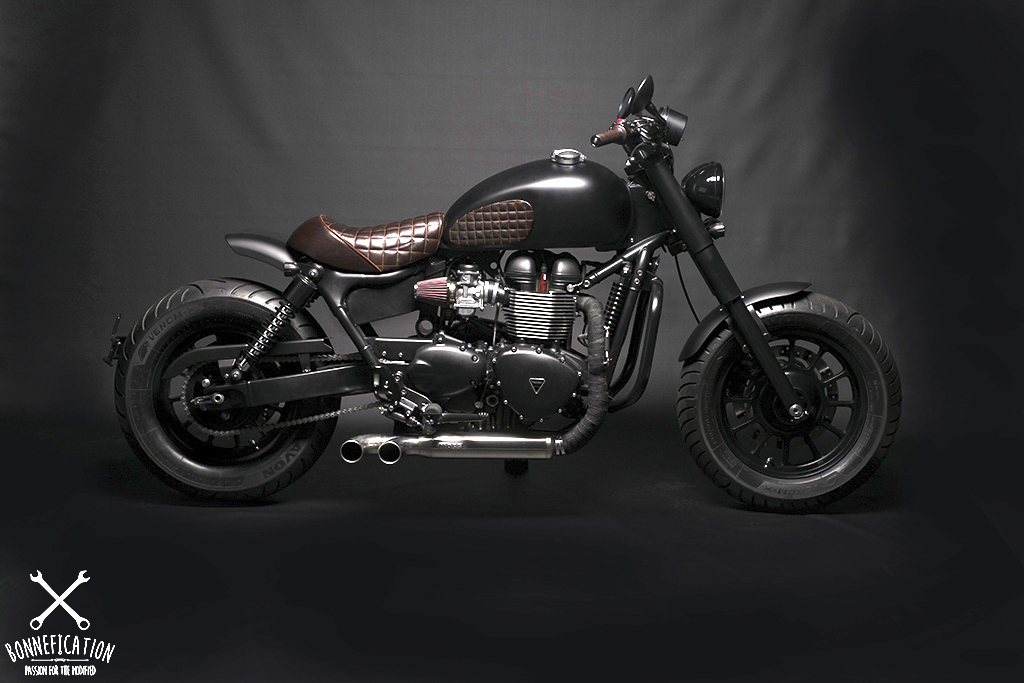 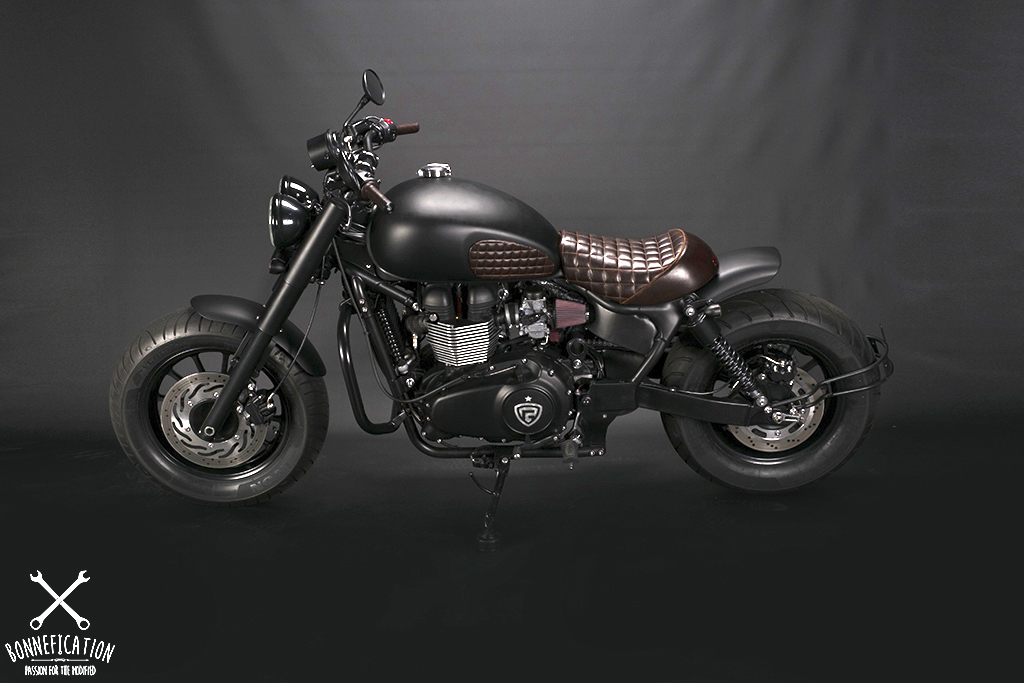