The ‘custom‘ and ‘modified‘ Triumph world has changed considerably in the last seven years that Bonnefication has been going. Most of the Triumph’s the old blog featured were home builds and if we got lucky the odd pro-build. Today that is very much the opposite, which down to there being a lot more pro-builds to feature. As the modified Triumph ‘scene‘ has grown in popularity, so have the amount of builders, dealers and manufactures getting involved, which in turn has made my passion of showing Triumph’s a little easier. 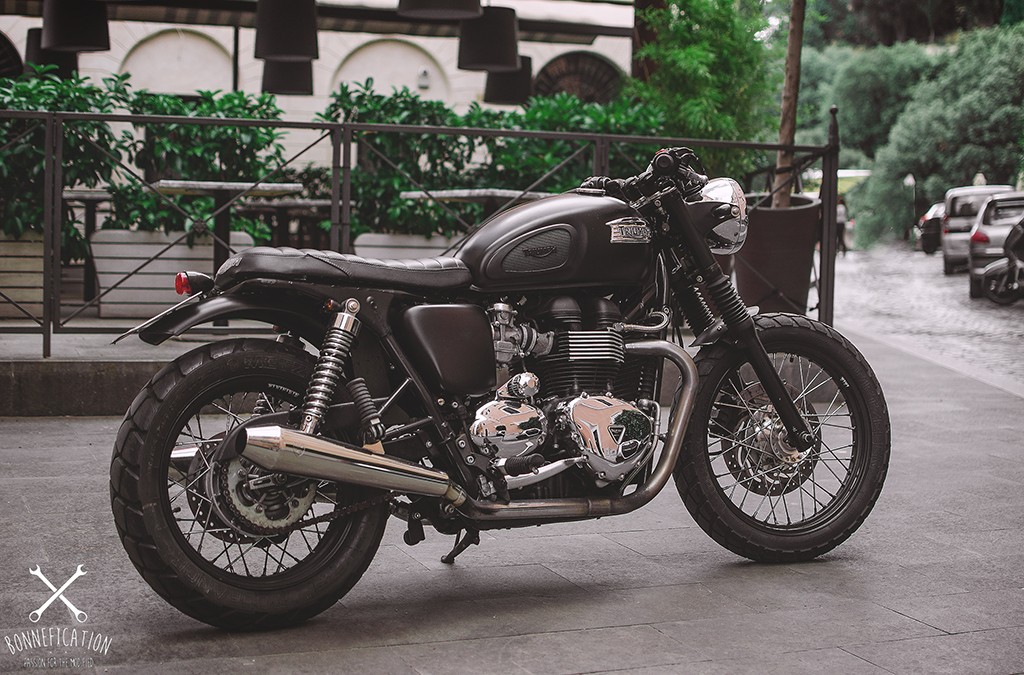 Well I say easier, the more popular the Triumph Twin has become, the harder it is to get to show that bike first, or even know who built the bike due to social media pages not linking to source… but getting the exclusive or showing a bike first would be nice, but not important, thats not what Bonnefication is about. The aim of this website is to be ‘One bike, one Place’  meaning to document as many modified Triumph twins as we can, allowing people to find the inspiration they may need for their own builds without having to spend to much time searching.

Daniele Polisano inspiration for his 2009 Triumph T100 was helped by the pages of Bonnefication and like the bikes that inspired Daniele, its Daniele T100 turn to perhaps inspire. Much of the work on this Twin was done by Daniele himself including cutting the frame and adding a loop along with a custom made seat.

New mudguards both front and rear where fabricated by a chap nicknamed FERRANTE who is a friend of Daniele’s (just the sort of friends you need when tinkering with the twin). The stock tyres have been replaced by the popular dual sport Metzeler Tourance which are fitted to stock wheels, powder-coated matt black. Other details include LSL bars British Customs battery box and Predator Exhaust. Finishing the bike off is a matt black paint scheme which I’m too was done by Daniele’s great Uncle Pino. 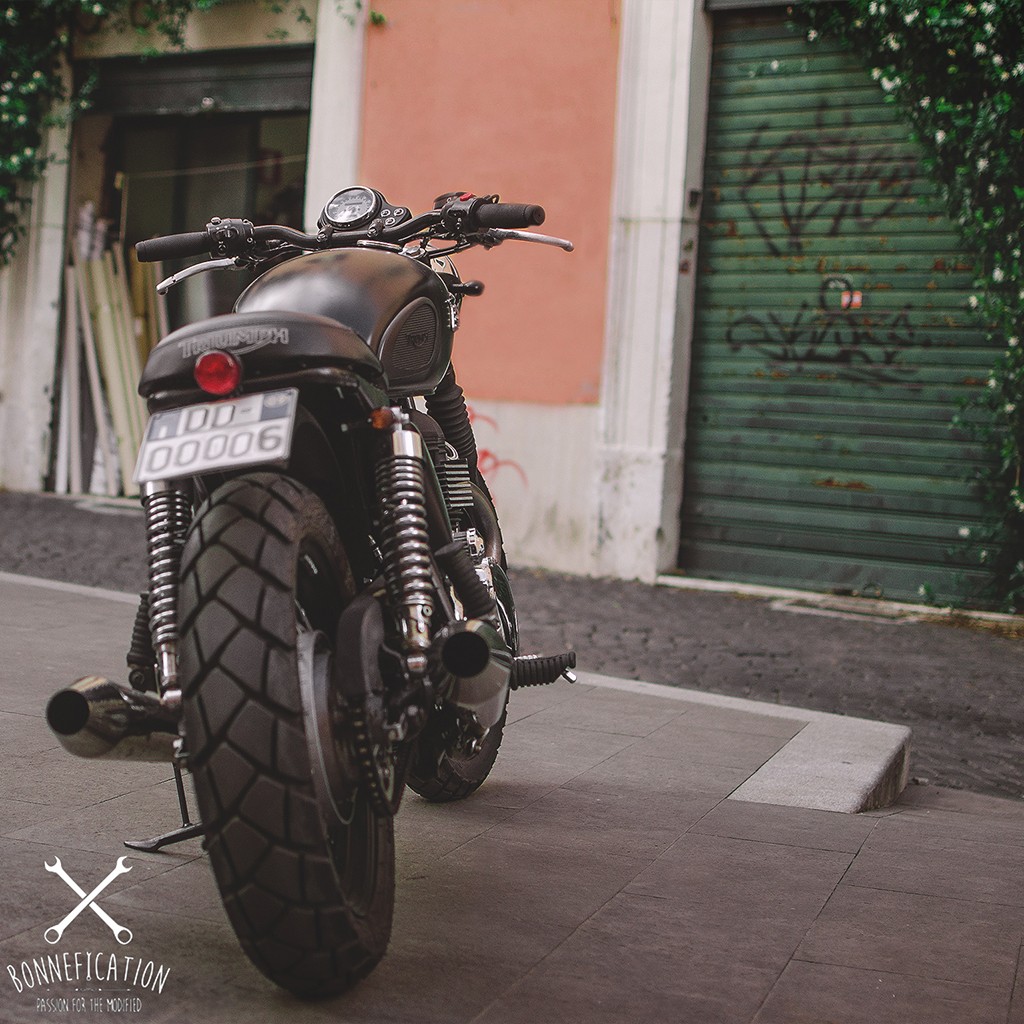 This finished Triumph T100 is a good looking machine and a credit to Daniele work, showing just what can be achieved by the home builder on a modest budget. If you have been inspired to modify your Triumph Twin, why not get in touch and tell us your story. Submit