Tim Schofield
As you’re aware I’m a long time follower of your site. I’ve taken lots of inspiration from here and I thought I’d share part of my bonnefication story with you below. My bike is currently near completion of stage 4. As soon as it’s complete you’ll be the first to hear. Until then here’s stages 1 and 2…Stage 1
After falling in love with my Dad’s Bonneville, I picked up a 2003 T100 from a nice chap who hadn’t covered many miles since new. It was great as it was, stock apart from TOR exhausts, but I wanted to simplify the look a little and put my own touch to it. My dad and I cut the front and rear mudguards down in our garage and had them re-sprayed along with the tank – all in black, and I replaced the stock badges with the older style mouth organ type. Wider black bars required longer cables and I added fork gaiters. That was as much as I could afford for a while. 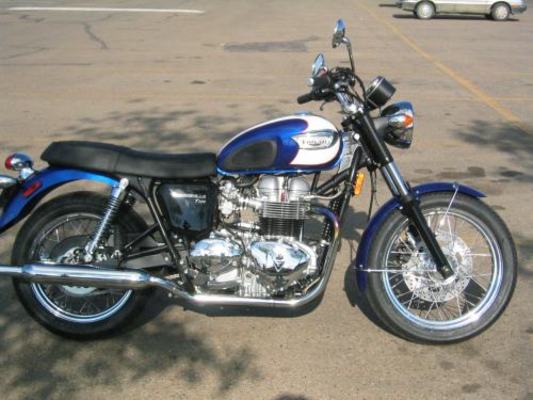 Stage 2
This took a little longer, personally, the bike still looked a little too cluttered for what I imagined. So I did away with the rear fender, choosing to go with an MAS fender eliminator – but the main work took place at the front end. It took my quite a while to get a 5.5 inch bottom mounted bates light with a 55w internal – I had to get them separately. After being inspired by the pictures and instructions on the Bonnefication blog – I bought a mini speedo with warning lights. A good friend of mine, Phil Skeels, built me a light bracket, rectifier bracket and simple speedo mount. I bought Oberon indicators front and rear and then handed over the electrical work to Raceways Motorcycle Mechanics in Hertfordshire (who did a really tidy job). I then bought Mototwin Pea Shooter silencers to complete change the sound of the bike and added a clear sprocket cover and LSL flat track bars. Stage 2 complete. Stage 3 started a year later and involves a rather special duo known as Co-Built. 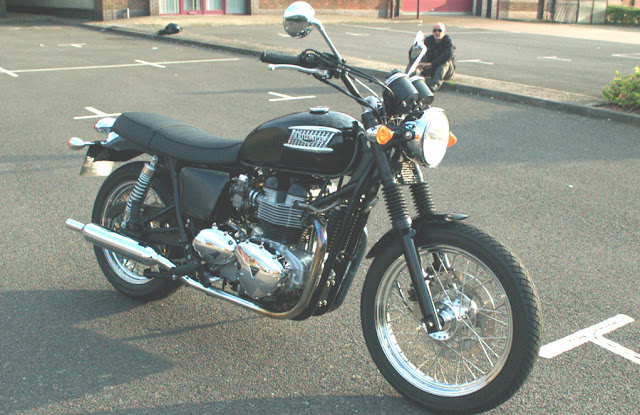 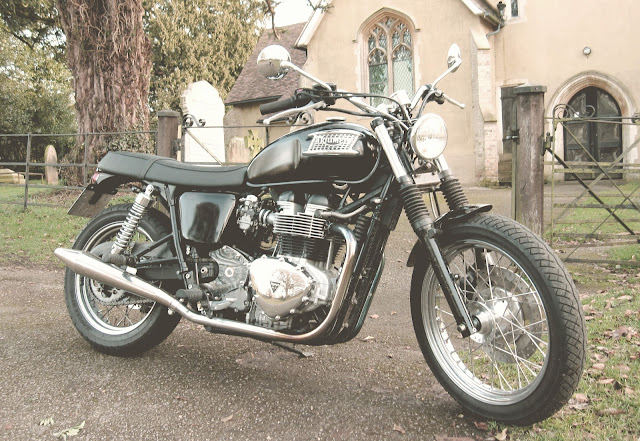